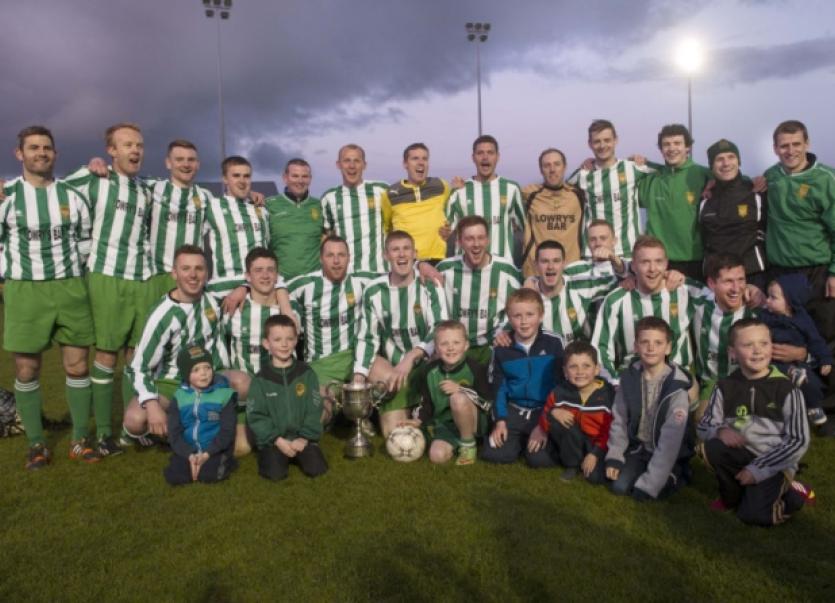 Famed St Francis of Dublin, the last non-league side to win the FAI Cup in 1990, travelled to Tipperary on Sunday for a first round FAI Senior Cup tie.

Famed St Francis of Dublin, the last non-league side to win the FAI Cup in 1990, travelled to Tipperary on Sunday for a first round FAI Senior Cup tie.

However it was the local side, St. Michaelâ€™s who continued their amazing unbeaten run this season and sent the hot â€¨favourites back to the capital empty handed.

Amazingly the home side did it with an under-strength team as many of their fringe players stepped up to give the management team a nice headache to have when planning for their forays into the Munster and FAI Junior Cup finals in the weeks ahead.

The visitors took an early lead when a shot by Youceff Belhout took a huge deflection to wrong foot Derek Breen in the home goal.

Undeterred by this cruel twist, the home side hit back almost immediately when a Paul Breen header from a Russell Quirke corner, was helped to the net by David Slattery. Slattery is continuing his red hot form from the last few weeks and with big games still to come the Tipp Town side will be hoping this form continues.

Five minutes later, St Michaelâ€™s made it two goals to one, when Dean Thompson was fouled in the area, and veteran Paul Tobin smashed the resultant penalty spot past the helpless St. Francis keeper.

The game finally settled down somewhat after this, as the famed home defence as so often this season soaked up and pressure from the visitors and they strove to equalise. It was still 2-1 to St. Michaelâ€™s at the break.

Ten minutes into the second period, St. Michaelâ€™s could have gone further ahead, when David Slattery was pulled back as he bore down on goal, but they couldnâ€™t do anything with the free kick awarded.

The home team continued to settle into their defending mode and seemed more comfortable in their defending against their senior counterparts. Apart from one or two half chances to the visitors near the end, the never looked like giving up their lead.

In the end, the Tipperary team were more than good value for their victory, and now go back into the hat where they could be playing against the cream of domestic football in Ireland. And on the current form, not too many teams will fancy meeting them, especially if they get a home draw in front of a packed Cooke Park.