Tipp put in huge finish to revive their season 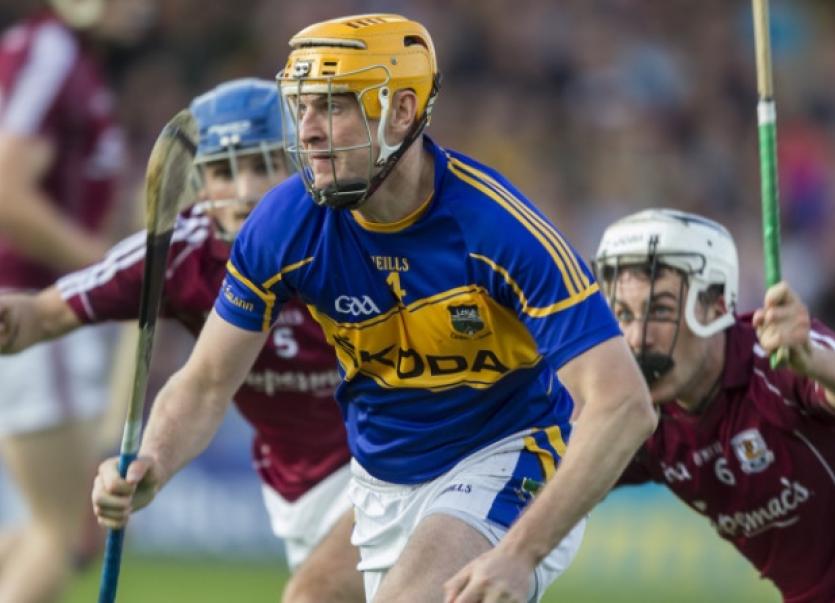 Semple Stadium was shaking to a tumultuous noise that erupted to signal an incredible resurrection in an epic qualifer battle with Galway as the Tipperary hurlers kept their championship hopes alive with a stirring comeback.

Semple Stadium was shaking to a tumultuous noise that erupted to signal an incredible resurrection in an epic qualifer battle with Galway as the Tipperary hurlers kept their championship hopes alive with a stirring comeback.

The stadium was a heaving cauldron of passion and energy as the home support responded to what was a quite remarkable transformation of fortunes on the field as Tipperary hurled with great abandon, style and an indomitable desire to record a memorable victory.

Tipperary, much maligned after their dismal showing against Limerick, looked down and out six points adrift with less than twenty minutes to go. An embarrassing home qualifier defeat was very much on as Galway were in cruise control .

What transpired in the last twenty minutes will live long in the memory. Tipperary turned a six point deficit into a nine point victory, an awesome fifteen point turnaround.

It was a spectacular transformation as Tipperary outhurled Galway by 2.10 t 0.1 in that period. It was the manner in which Tipperary asserted their authority on this game that brought such a reaction from the home supporters who revelled in witnessing a truly rousing and much needed performance that gets their campaign back on track.

Seamus Callanan was undoubtedly the star of the show and had been even when Tipperary were struggling to contain Galway earlier on. His personal tally of three goals and eight points in such an important contest was a stand out feature of the game but others chipped in with some suberb scores in that purple patch. The hard working John O’Dwyer, Noel McGrath and Lar Corbett all made a big contribution. Corbett, with wonderful timing, scored two impeccable points, one a stylish strike after fifty nine minutes to give Tipp the lead and he added another three minutes later with a sublime piece of skill.

While that trio and the brace from Corbett, who had a very quiet game up to then, late on did the damage on the scoreboard there were other important factors that contributed to Tipperary’s surge.

The switch of James Barry from centre back to fullback was crucial to the reversal of fortune that Tipperary enjoyed. It released Padraic Maher from the fullback role where he was found out on a number of occasions by Jonathan Glynn who pilfered ball out of the sky over Maher’s head to plunder two second half goals.

Barry shored up that area in front of Darren Gleeson while Maher gave a glorious performance in the sweeping centre back role and his new found drive and enthusiasm was pivotal to the Tipp revival.

Another major factor in the turnaround was provided through the introduction of the industrious Kieran Bergin in midfield who replaced Ronan Maher who failed to make an impression.

Suddenly Bonner Maher had a willing accomplice to get in the face of the Galway players and his energy and relentless work closing down Galway players inspired those around him. Bergin and O’Dwyer put in two mighty blocks on Galway players during that period of Tipp dominance which epitomised the spirit of the comeback and played a part in bringing the home crowd with them and the noise levels kept increasing as Tipperary brushed aside Galway in the last twenty minutes.

Nobody could have seen such a change coming. That said Tipperary did show some spirit to respond to early setbacks such as the conceession of a goal three minutes in when Glynn plucked the ball out of the sky to lay off to Jason Flynn and Galway had the start they wanted.

Tipp responded and had to do so again when an Iarla Tannian long delivery from a free was guided to the net by David Burke with five minutes left in the first half to give Galway a two point lead.

Tipp were back on level terms by the half time whistle with Callanan’s goal after twelve minutes and his first half performance along with Bonner Maher was instrumental in keeping Tipperary in the game.

After a shaky start James Barry handled the responsibility of marking Joe Canning with great maturity. Canning on a number of occasions threatened to have a big influence but he faded and Barry was excellent and showed how important and versatile a player he is when he moved to fullback to quell the Galway threat in that area in the second half.