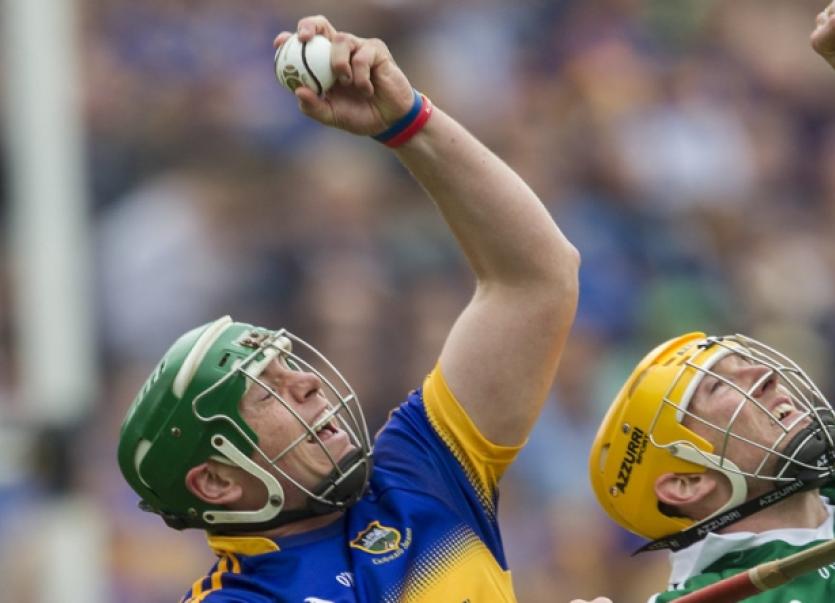 They say that one swallow doesn’t make a summer, a sentiment that would surely have found favour with Eamon O’Shea after Sunday’s events at the Gaelic Grounds.

They say that one swallow doesn’t make a summer, a sentiment that would surely have found favour with Eamon O’Shea after Sunday’s events at the Gaelic Grounds.

He had just watched his Tipperary team destroy Limerick by 16 points in the Munster Senior Hurling Championship semi-final, yet he was understandably keen to play down the significance of the victory.

“I caution - the summer is hardly started”, he said after his team qualified for a Munster Final date with Waterford on July 12.

Kilkenny, his side’s opponents in that two-part epic that was last year’s All-Ireland Final and replay, began their campaign in even more impressive fashion on Sunday, beating Wexford by 24 points to prompt early speculation that the counties could be on course for a re-match in early September.

However O’Shea was never going to be drawn into the trap of agreeing with such suggestions.

It’s just another game, and in three weeks time we’ll be playing a team (Waterford) that’s unbeaten this year”, the latter point one he was very keen to emphasise to the assembled media. “I honestly believe there are five or six teams that could win this championship. Galway are putting up 20-point wins every game.

I really believe that Limerick will be formidable opponents yet over the next few months and I can’t say enough about their approach to the game. We got some breaks today, I’m not downplaying the fact that we hurled okay”.

When it was put to him that his team had started both halves slowly, he replied “Games take on a life of their own and you can’t predict what will happen. It would be lovely if you could go out and win every minute but we were playing a really good quality team that will have a say in this championship. I said to TJ (Ryan, the Limerick manager) at the end of the game it’s a long year. We managed it last year and teams can come back.

There are a lot of teams that can win this yet, we have won just one game. I’d be happy but you have to be realistic”.

Sunday’s win was O’Shea’s first as a manager over Limerick and his first in the Munster championship, at the third attempt. He was beaming with pride at the end of it but typically was keen to deflect the praise elsewhere.

“It’s never about the manager. It doesn’t mean anything for me except we won a game. I just manage these boys, why would it mean something to me? I’m proud of the players, the players are really good and working with these boys is such a joy and it gives me energy and that’s why I really want to see them do well. I’m not in the picture here, the players are the real heroes out there. I just sit and watch them, and some days we’re not on song. They have an awful lot to do yet to get anywhere”.

He was pleased with the manner in which his team had dealt with the backlash from Limerick in the second half.

“I thought we held our nerve, they came back at us and we showed a lot of resilience. The experience we gained over the last couple of years has been really good for us.

In 2013 we didn’t get very far but we played in the best game in the championship (in the All-Ireland qualifier) down in Kilkenny. You learn a lot down there and you get a lot of information. Last year we failed to win the All-Ireland but we got a lot of experience. We’re not an inexperienced team but at the same time it’s very pleasing for me to see a lot of our young players like Ronan Maher, Niall O’Meara and Jason Forde, and Bubbles is still young.

Part of the last few years there has been a transition, we lost four or five of the top players in Ireland and some people forget that. Eoin Kelly, Brendan Cummins, John O’Brien, Paul Curran. We lost really top quality players, and to replace those players, that’s what we’re trying to do.

We’re not anywhere near the end of this, maybe we won’t get to the end of it but we’re very happy tonight. When the forwards are okay they’re okay and we spend a lot of time on this, we spend hours on this. You try to improve, it would be very foolish to come out a year later and not look for improvement everywhere”.

When he was questioned about Seamus Callanan he described him as “a diligent player who works very hard. He’s a model player in terms of working hard and getting some improvement. Brendan Maher, I was very happy for him. It’s not easy when you ask a player to play a little bit out of where he’s normally playing, He’s been outstanding for us, he’s just a model player, he’s so selfless.

Jason Forde is still a young player, I saw him captain the U-21 team in Ennis last year and work so hard to try and get a victory down there, I never had any fears for Jason, we’ve never not started him when he was available. I’ve huge time for Jason.

We were down a few players today. Paddy Stapleton came in and was brilliant in the first half until he got injured. Mikey Cahill came in and he hasn’t played for a long time, so it was just great to see that, and we had a young player like Ronan Maher who gave us energy”.

“Fair play to Seamie, he was buzzing inside. We have to forget about that game now and move onto Waterford in three weeks time.

When you’re playing against the breeze (as Tipp did in the first half) the play always drifts back and opens it up in attack, so Limerick had it in the second half. That’s the pattern of the game I suppose. We were happy with our movement but our efficiency in the first half was probably the difference. We’re just delighted to get the win and delighted to be back in the Munster Final.

We spoke a lot at half time that the ball would move differently in the second half when we had the wind. We said we weren’t going to start launching balls because that would be playing into their hands, and that we’d try use the ball as best we could. We probably could have used it a bit better at times”.

With the captain dropping back to help out in midfield and defence he said the other five forwards worked very hard and deserved all the credit they got.

Meanwhile, Limerick manager TJ Ryan had no excuses. “We knew we were playing a good side, we know what Tipperary are capable of, we know they’re at the very top of the scale but at the same time I thought we’d have been closer to them today. I thought we had prepared well. But they were the better team by a mile on the day and we’re disappointed with it.

The momentum was with us early in the second half but we had three wides. We probably needed to get ahead and put a bit of pressure on them. I thought we should have had a point to get level but they came down and got a point, then a goal and at four up that was the finishing blow.

The story is it was a point (from Graeme Mulcahy’s shot that was waved wide 12 minutes into the second half), there was no other story to it. In the overall scheme of things it would have brought the game level, we had the momentum at the time but Tipp went down the field and got scores, they’re a good side. You can’t cough up goals to a team like this. The linesman called the referee and I thought he was telling him it was a point.

We have to get a positive reaction, this time last year we beat Tipp and they regrouped well and that’s our job now to go and regroup and get organised.

We’re disappointed with today but we’ll try and get a win the next day and build momentum from there. We’re out of the Munster championship but we’re still in the All-Ireland championship so it’s a new championship.

I thought things were good, we had trained well, we had a few knocks but every county has them and we don’t have any excuses. Their forwards got good goals at good times and that killed us”.