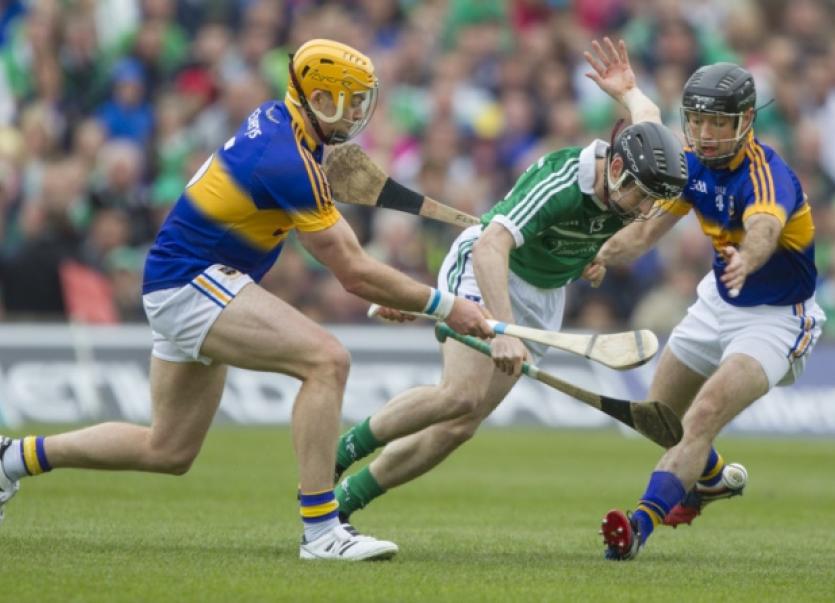 After two years of Limerick raining on our parade it was nice, for a change, to enjoy a day in the sun.

After two years of Limerick raining on our parade it was nice, for a change, to enjoy a day in the sun.

The turnaround was emphatic. Bar a third-quarter wobble it was sunshine hurling all the way.

There’s no denying the importance of the result for Tipperary. Apart altogether from the Limerick jinx there was the bigger picture to consider. Victory builds momentum and bypasses the pitfalls of the qualifiers. Irrespective of the outcome on July 12 we now know we’ll play Croke Park this season and that’s where the real business is transacted.

It was a nervous, jittery one in advance but the butterflies soon settled. Callanan saw to that with his eighth minute strike for goal number one. It was a classy, ensemble effort featuring O’Meara and ‘Bubbles’ in the lead-up. That one-hander is becoming a ‘Bubbles’ trademark, this time flicking the ball across to Callanan who did a half shimmy to the right before turning onto his left and belting to the net.

There was real venom in the finish as Callanan finally settled all bets on the head-to-head with Richie McCarthy. This was to be the day when the full forward finally did what he threatened for the last two years.

That opening goal hinted at where Limerick would flounder on this occasion. Their defence was punctured worryingly by Clare in the first round and once more the gaps appeared on Sunday. Callanan’s second goal will be put down to a defender’s error but pressure leads to such mistakes. Callanan might – should? – have had a third and Jason Forde too hit the side netting as the Tipp attack was enjoying its impact. In the midst of it all ‘Bubbles’ was drawing gasps of admiration for the sheer wizardry of those sideline points.

We fretted in advance about our defence, inside line especially, so it was particularly pleasing to see that end on top too. As expected Paudie Maher played deep, offering cover for the full line while Brendan Maher played a crucial roving role. He mightn’t have attracted as much notice as our scorers but I’d rate the captain’s role as critical. With our defence secure the likes of Cian Lynch and Shane Dowling were working off scraps and even with possession they were usually smothered out. Only for a few sympathetic whistles from referee Gavin the Tipp lead would have been greater at half time.

It’s strange how the past colours one’s judgement. Six up at half time looked rosy, especially after facing a stiff wind in the first half, but always there was a niggle in the back of the mind. Limerick have a tradition of coming from deep deficit against Tipperary – none more painful than a game in Thurles in the early eighties – and when the second half began those haunting memories once more came to the surface.

With the wind behind us now Gleeson was opting for length on the puck-outs but we stopped winning either primary possession or the breaks. A few chances of points that would have stretched the lead out to further discourage Limerick went astray too. And then Limerick got a critical break with the goal. Gleeson enhanced his reputation with three ping-pong saves but we failed to clear and Mikey Cahill chopped down Donal O’Grady for the penalty, which Dowling dispatched with some force.

The lead dwindled to a single point and would have evaporated entirely if Mulcahy had got the call on another effort. We shuffled uneasily with the nightmares of history swirling in the memory. Thirteen minutes without a Tipp flag, the local voices were finding their range and this all looked decidedly shaky.

But games often turn on a whim. Graeme Mulcahy’s effort was waved wide and then a short puck-out at the other end handed Jason Forde a valuable point. It was our first of the period, a critical steadying score and in an instant the drift of the game had changed. A Callanan free, another from play and then one from ‘Bubbles’ undid Limerick’s mini-surge in a few brief minutes.

Forde’s goal then gave emphasis to our recovery and thereafter it was champagne stuff, with Michael Breen polishing off a thoroughly rousing encore as Limerick fans trooped for the exits.

That third quarter was unwelcome but I suppose the game has to be viewed in its entirety to get the global picture. In any case teams will have their mini surges so you have to be able to ride out such storms and come again. Critically when the game was in the fire we smothered it with a type of emphasis not often seen against Limerick.

The credits rolled for Tipperary afterwards with all participants sharing in the glory. Limerick scored a mere ten points from play over the seventy minutes, which is a testament to goalie and defence. It will have been a particularly pleasing one for shot-stopper Gleeson, who never quite got the credit in some quarters for that All Star statuette. His puck-outs were laser-guided and critical to our first half supremacy.

The defence obviously failed to heed our pre-match doubts and as a unit delivered a most secure performance. Critical to the overall structure was Paudie sitting deep and others such as Brendan Maher tracking back to cover. It gave Declan Hannon some initial latitude but critically kept the house safe behind. Incidentally I think Conor O’Brien deserves mention; often maligned he was safe and sensible throughout and won’t easily be unseated by anyone. Good to see Ronan Maher come through safely as well – the progress is incremental.

In the nature of the game midfield was often bypassed but the old reliables, Woodlock and McGrath, played their part, the latter chipping in with a pair of points.

The highlight performances came in attack where ‘Bubbles’ and Callanan led the parade. Hugely significant I felt was the input of Forde. Sometimes he can drift in and out of the action but this was his strongest statement yet. Niall O’Meara too delivered and suddenly ‘Bonner’ was just another cog in the machine instead of being the engine; isn’t it nice to see that he can score points too. Now if we could only get Lar and Noel McGrath and John McGrath all fit and involved you’d have serious options in that area.

Let’s not forget the subs either. Good to see Mikey Cahill back in harness and hopefully on his way to an injury-free spell. There was surprise that Michael Breen wasn’t on the starting fifteen and his input on being introduced will have given the management further food for thought in the weeks ahead. Good to see Bill Maher taste the action too and how about Shane Bourke, after being dropped earlier in the season.

Anyway isn’t it so much better to be anticipating the Munster final than the angst we endured last year. Roll on July 12.

Meanwhile it’s back to the bread and butter of local fare this weekend with those crunch relegation ties on the agenda for Saturday. Moyne and Boherlahan square up at Holycross in the afternoon while Dundrum will house Cappawhite and Holycross in the evening. To the victors another season of senior hurling – relegation beckons for the vanquished.

Expect significant crowds at both venues because this is end-game stuff. On all known form this year the four can have little complaint about being in this undesirable mix. Holycross are probably the most surprise package, given their underage form of recent years. The absence of Cathal Barrett hasn’t helped either. Anyway these are once-off games that can take on a character of their own.

Finally just as I’m finishing off this column the sad news is filtering through of the sudden death of Jimmy Doyle. Coming just twenty-four hours after a great Tipperary win his passing will bring a sombre mood to the county. That clichéd phrase all-time great is a bit hackneyed but it certainly fits in this case. Coming a week after the passing of Fr. Ray Reidy, Tipperary, and Sarsfields have lost two former greats in quick succession. Jimmy will be mourned by hurling followers countrywide. May they both rest in peace.