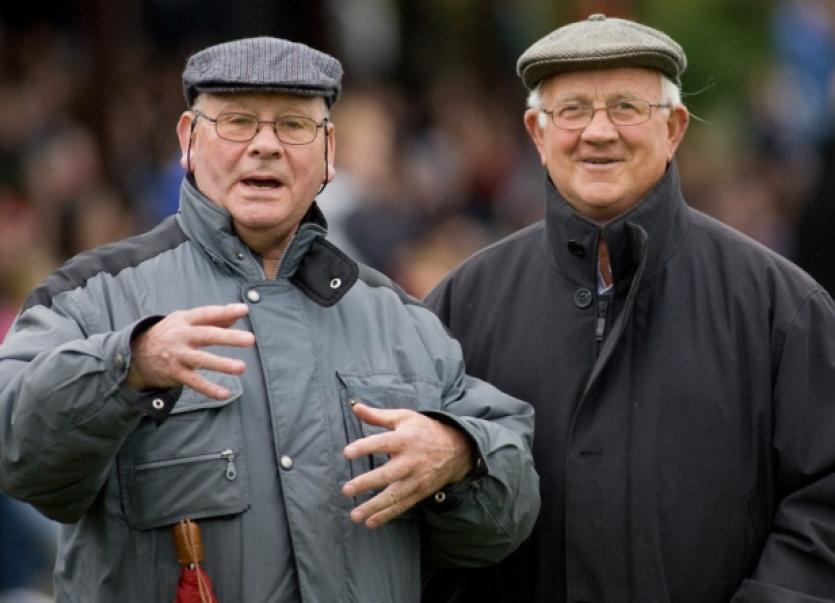 Just a day after reaching the Munster Senior Hurling Final, Tipperary lost arguably its greatest hurler of all time following the death of Jimmy Doyle.

Just a day after reaching the Munster Senior Hurling Final, Tipperary lost arguably its greatest hurler of all time following the death of Jimmy Doyle.

The legendary Thurles Sarsfields player, who died unexpectedly on Monday evening, was 76.

It was a measure of his greatness that he was named on the Hurling Teams of the Century and Millennium. In the course of a glittering career he led Tipperary through a halcyon era as he won six All-Ireland Senior Hurling medals, nine Munster Hurling championships and seven National Hurling Leagues.

Jimmy captained the team to All-Ireland victory in 1962 and 1965 and was an All-Ireland runner-up on three occasions. He won eight Railway Cup medals with Munster and ten County Championships with Thurles Sarsfields.

Born in Thurles on March 20 1939, Jimmy grew up near to Thurles Sportsfield, now Semple Stadium. Following in the footsteps of his late father Gerry he began his career in goal, where he won his first Munster Minor medal for Tipperary in 1954.

Having lost the All-Ireland final to Dublin, he had his mind made up that playing in goal was no longer for him. In one of many golden spells he won his first of three All-Ireland Minor Medals in 1955, following up in â€™56 and as captain in â€™57. At the same time with his beloved Sarsfields he collected four county minor hurling titles from â€™54 to â€™57 as well as a Dr. Harty Cup Medal with Thurles CBS in â€™56.

Jimmy was already a star on the Tipperary Senior team by the time his Minor career had ended. His dedication to honing his skills in the shadow of Thurles Sportsfield proved to be Sarsfields and Tipperaryâ€™s gain as this natural hurling genius developed his craft. With an unerring eye and wrists of a craftsman, the hours of practice that Doyle put in proved crucial in establishing him as one of the gameâ€™s all-time greats.

His senior career started with a debut in the 1957/58 National League and continued until his retirement after the 1973 championship. He made 39 championship appearances for Tipperary and was top scorer for the championship in 1958, â€™60, â€™61, â€™62 and â€™64. By the time of his retirement he was Tipperaryâ€™s all-time top scorer with a career tally of 18 goals and 176 points, a record that stood until 2007 when Eoin Kelly edged out in front.

Thurles Town Council paid tribute to him when they officially opened the Jimmy Doyle Road in his honour in 2012.

County Board Chairman Michael Bourke said â€œHe was the ultimate stickman, a master of his craft not alone of his own age but for all ages. He inspired countless hurlers who wanted to be Jimmy Doyle and who craved the genius he bore with such humility and grace. Tipperary and Thurles has lost one of its greatest sons, the likes of whom we may never witness again. He was a man of immense hurling ability who held a huge pride in a sense of place, of who he was and where he was fromâ€.

Jimmy was pre-deceased by his sister Olive and brother Gary. He is survived by his daughter Janet, sons Gerry, Walter and James, sisters Hannah and Breda, brother Paddy, nieces. nephews, cousins and friends.

His remains will repose at the Sarsfields Social Centre, Semple Stadium today, Wednesday from 4pm to 8pm, arriving at the Church of St. Joseph and St. Brigid, Bothar na Naomh at 8.30pm. Requiem Mass will be celebrated on Thursday at 10am, with the funeral afterwards to the Island Crematorium in Cork.