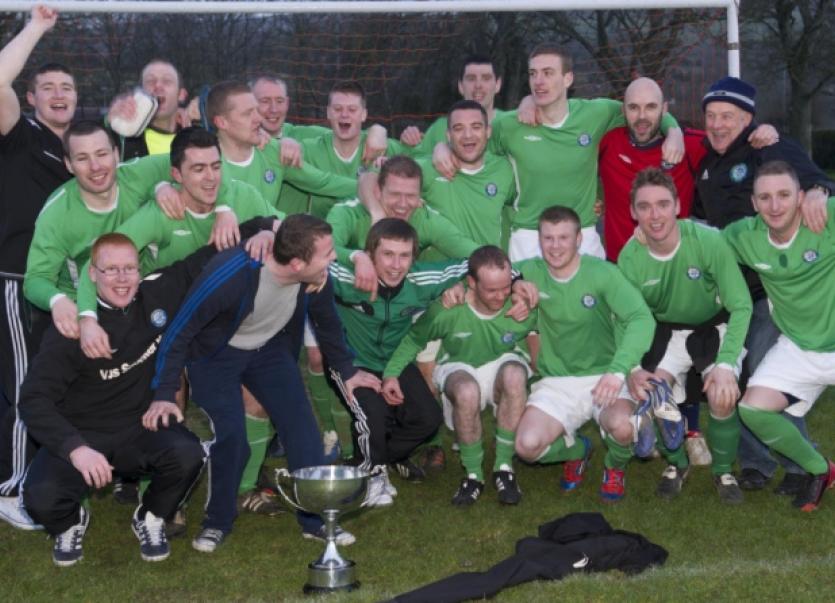 Soccer in South Tipperary gets under way this week-end with the season as usual kicking off with the John Delaney trophy.

Soccer in South Tipperary gets under way this week-end with the season as usual kicking off with the John Delaney trophy.

Now in its fourth season, St.Michaels have won it on the previous three years. Nenagh have provided the opposition in the previous finals but this year that cannot happen because they have been drawn against each other at the quarter-final stages.

The games are used as good pre-season preparation for the long season ahead. It is difficult to predict the outcome of any of this week-end games. Little is known of the personnel signed by any club, statistics which will emerge over the coming weeks.

CHANGE IN REGISTRATION RULES THIS SEASON

Clubs are now busy on and off the field getting forms and grounds in order. The rules regarding the registration of players has changed this season and it is important all club secretaries are aware of these changes. Over the next fortnight most clubs will be playing challenge games to attain match fitness. Clubs are reminded permission is required for all challenge games, official referees only may be used and these referees must be appointed through the referees secretary.

The TSDL expects to have the same number of clubs as last season. Three clubs have folded and three new teams have been accepted.

The clubs gone out of football are Ballypatrick, Ballingarry and Kilbehenny Celtic.

Ballypatrick folding will come as a major shock., having won the Third Division last season in very impressive style. They looked a very progressive club and it is a pity to see them ceasing to exist. Kilbehenny’s demise was heralded well in advance. They struggled last season but to their credit they fulfilled all their commitments. Ballingarry went out of football by conceding three walkovers last season.

The new teams are Suirside from Ardfinnan area, Slieveardagh ( The Commons) and Bansha Celtic ‘B’. The formation of the leagues will be made next week. The Premier and First Division teams will start on August 25th with the other leagues starting the following week, (shield competitions). The youth leagues start on August 24th.

The TSDL has a vacancy for the position of P.R.O. This is a very important position as the appointed person will be responsible for releasing all information regarding the TSDL through the official website and the Nationalist Newspaper. Interested applicants are asked to contact the TSDL  secretary.

Clubs should note that John Delaney Cup games go straight to penalties if sides are level after 90 minutes. No extra time.