Cashel snatch defeat from the jaws of victory 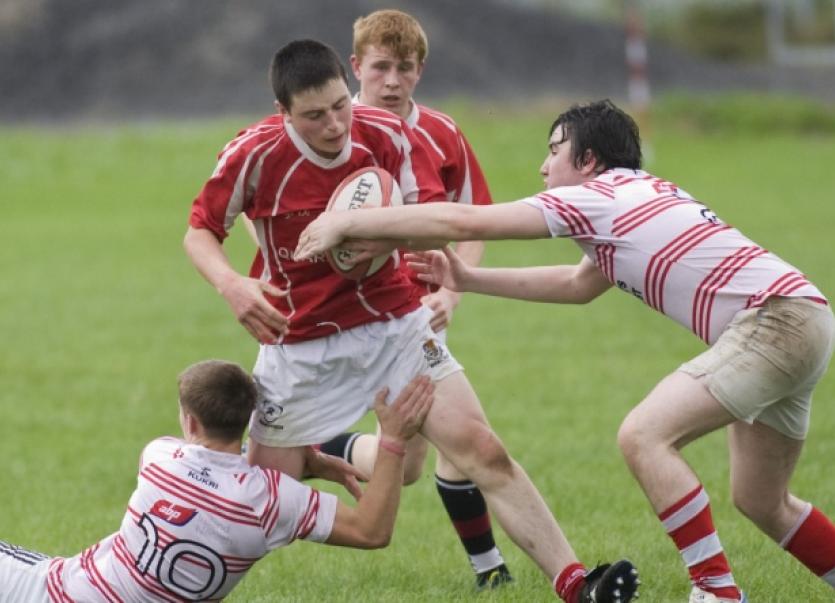 The game is never over until the final whistle blows. How true this was on Saturday last when Cashel played Naas away in the All-Ireland League and lost 25-23.

The game is never over until the final whistle blows. How true this was on Saturday last when Cashel played Naas away in the All-Ireland League and lost 25-23.

With two minutes left on the clock Cashel led 23-18. They had possession inside the Naas 22 and had the potential to get another try and a winning bonus point.

But sadly it all changed in a flash. The ball was turned over, Naas kicked ahead, their full back ran on to the bouncing ball at pace, fed the centre who was lurking out on the wing, a tackle was missed and the try was conceded to level the game. The conversion won the game for Naas and Cashel snatched defeat from the jaws of Victory and left with a losing bonus point. It was a cruel blow and as one Naas supporter commented Cashel won everywhere except on the scoreboard. These are the joys and sorrows of sport.

The game was played in perfect conditions and started at a hectic pace. After 6 minutes Cashel lost Robin Foote through injury and he was replaced by Niall Fitzgerald. Kieran Murphy followed shortly afterwards with a knee injury and was replaced by Kieran Gleeson. They spent the first 16 minutes in the Naas half but could not breach the defence. Naas won a lineout in their own half and ran towards the Cashel half. A tackle was missed and they ran in a fine try in the corner. Cashel continued to press but the Naas defence was well organised and they held firm. In the 28th minute Cashel won a free kick from a lineout infringement on the 10 yard line. The ball was flashed through the backs and Brian Silke scored in the corner. Cashel continued to press but the score remained 5-5 at half time. It was a poor return for Cashel after all their possession but credit must be given to the well organised Naas defence.

The second half was an excellent battle. A minute after the restart Naas went ahead with a penalty. Cashel upped the pace and after the forwards recycled a number of times Ed Leamy picked and passed to Andrew Wallace, who scored in the corner. Four minutes later the Cashel pack worked extremely hard to bring the ball to the Naas 5 metre line. Again Ed Leamy picked and his brother Kevin scored in the corner. Jonathan Ruru kicked a wonderful conversion from the touchline. Six minutes later he put Cashel further ahead, 20-11, with another fine kick.

On the re-start Naas drove to the line at pace, a tackle was missed and a try conceded. It was 20-18 to Cashel and the fat was in the fire. Cashel came roaring back and Jonathan Ruru made it 23-18 with 12 minutes remaining. For the next 10 minutes they were comfortable and easily dealt with everything Naas threw at them. During this time it looked as if Cashel would get a winning bonus point and then disaster struck.

Naas have a fine team and will put a lot of teams to the sword. For Cashel it is a first defeat this season and there is time to regroup and keep in contention. Tackling needs to be addressed. Injuries are a worry but with two weeks to the next fixture there is time to get players back to full health.