Clonmel stay in winning habit with victory over Muskerry 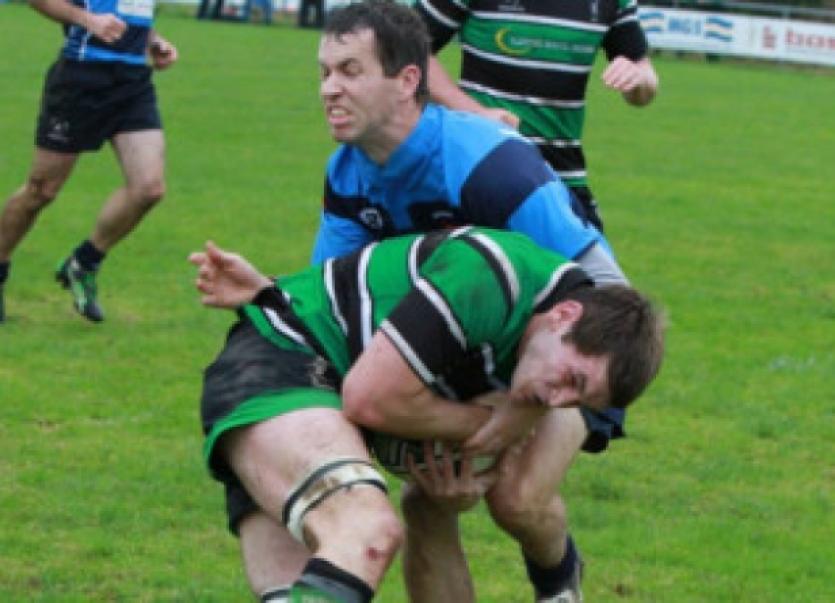 Following the previous week’s Garryowen Cup victory against Waterpark, Clonmel’s First Fifteen got off to a successful start against Muskerry in the opening game of this season’s Munster Junior League, winning by 18-7.

Following the previous week’s Garryowen Cup victory against Waterpark, Clonmel’s First Fifteen got off to a successful start against Muskerry in the opening game of this season’s Munster Junior League, winning by 18-7.

In ideal conditions, Clonmel took on league newcomers Muskerry from Cork who had been promoted to the first division following a successful unbeaten record in division 2 last year.

Led by this year’s captain, Michael Sheehan, Clonmel dominated the opening quarter with great passages of play from David Loneregan, Stephen Pyke, Ronan Crosse and Greg Carroll. The opening points came from a Morgan Lyons penalty after 18 minutes. The lead was quickly built on by a great and determined Ronan Crosse try, which was duly converted by Morgan Lyons.

Some great work from David O’Gorman had Clonmel threatening the Muskerry line once more and on the 30 minute mark Stephen Pyke secured a line out ball to set up Mark Corby for Clonmel’s second try and a 15-0 lead. The first half closed with a successful Brian Loneregan penalty and a respectable 18-0 advantage at the break.

The second half ebbed and flowed and Clonmel’s defence held strong for long periods but with a number of penalties conceded, Muskerry were eventually awarded a penalty try and their first points of the day on the 70 minute mark. The game finished up without a second half score from Clonmel.

This Sunday Clonmel play their second league game at home to Clonakilty, who narrowly won their opening game against Kanturk 15-14. With a 34-19 bonus point win over Old Christians, Kilfeacle, who Clonmel will meet in the third round on October 20, top the table after the first weekend.

In other games the U-16s had a good win against Clanwillam while the U-18s were less successful, losing 31-10, also to Clanwilliam. The U14s were beaten away by Waterpark.

The Seconds are away to Waterford City on Sunday October 13 in the third round of the South Munster Junior 2 league. Time to be confirmed.

The ladies are away to Cobh on Sunday, October 13 in their league opener. Kick-off is at 1pm.

The Firsts are home to Clonakilty on Sunday Oct 13 in the second game of the Munster Junior League. Kick-off at 2.30pm.