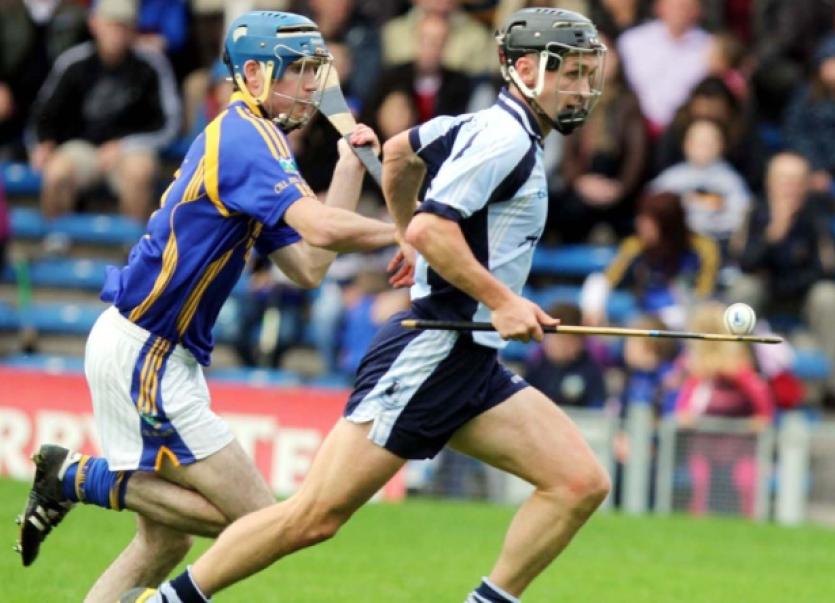 So, it will be a Nenagh-Loughmore shoot-out in the final. The replayed semi fell way below the drawn event, with Eire Og taking control and this time holding it against misfiring opponents.

So, it will be a Nenagh-Loughmore shoot-out in the final. The replayed semi fell way below the drawn event, with Eire Og taking control and this time holding it against misfiring opponents.

The final looks promising. Loughmore seem to be the bookies’ favourite but many see Nenagh’s more onerous passage to the decider as deserving of the nod.

Replays rarely live up to the drama of the drawn event and last Sunday’s fixture certainly fitted that mould. A poor quality game saw Nenagh take an early grip and this time there was to be no reprieve for their neighbours from Puckane.

An indecisive opening quarter gradually gave way to a Nenagh edge. In truth they were doing the superior hurling and it took a few smart saves by Darragh Egan to keep the house intact, Paddy Murphy and Richie Flannery in turn being denied.

Eventually the major break came when gamekeeper-turned-poacher, Richie Flannery, did well to get inside his marker and put one past Egan. The game’s only goal signposted the way to victory for Nenagh.

Tellingly the game was on the half-hour mark when Kildangan hit their first score from play, a point by substitute Eoin Gleeson. There was a real zip in the Kildangan play a week earlier but this time things looked noticeably flat.

The Gallaghers and Ruairi Gleeson were getting little change in attack, possession was harder to come by and the lack of forward menace particularly was to prove their undoing.

They scored a mere five points from play over the hour and sure you wouldn’t win an argument with that strike rate.

Still people hung around for the second half, perhaps anticipating a kick-back from the North champions such as we’d seen a week earlier. This time, however, there were to be no heroics.

Alerted to the risks Nenagh closed off the defence, with Barry Heffernan falling back to the forty for added security and on other occasions John Brennan playing the sweeper role.

Kildangan continued to huff and puff but there was to be no breach of Michael McNamara’s line. Darragh Egan did get one opportunity to come up field but the free was on the edge of the ‘D’ and in any case his shot flew skywards for a disappointing point.

Another possible free from a more central position was cancelled because of some ‘afters’; Kildangan’s discipline was loose on both days.

Nenagh played out time with a grim resolve that there was going to be no late crisis on this occasion and in truth they were worth more than the final gap of eight points.

The final pairing is novel, which will add a new layer of interest. A bit like the inter-county series nobody could have anticipated this final at the start of season.

Even during the campaign it looked highly unlikely, with Nenagh once again bowing out to Toome’ up North and Loughmore being over-run by Drom in the Mid.

There’s no denying Nenagh’s route to the decider looks more impressive. After their North exit the season was kick-started with that win over Sarsfields and when they repeated the deed against Drom people really started to take note.

The dark horses of the championship were coming with a promising run and even if they wobbled the first day against Kildangan they did enough last Sunday to reinstate their claim for a second ever Dan Breen.

For Loughmore too it’s been a strange season. I recall an early round defeat of Sarsfields in the Mid but their divisional series then hit major trouble in the final against a rampant Drom/Inch.

Leaving Boherlahan that day of the Mid decider I wouldn’t have given tuppence for their county chances but to their credit they’ve rebuilt their season admirably and are now one game away from a third county title.

There are six or seven survivors from Loughmore’s last win six years ago, though somehow the present side doesn’t strike me as having the same doggedness.

Back then you had David Kennedy in the engine room at centre back; Paul Ormond was still playing at corner; Micheal Webster was a focus at full forward and the likes of Evan Sweeney and a very youthful Noel McGrath were chipping in with important scores.

Incidentally in ’07 Eddie Connolly was playing corner forward and all followers will wish him a speedy recovery from his present illness, which struck so suddenly after the semi-final win over Borrisoleigh.

Nenagh’s sole county win came back in 1995 at Boherlahan’s expense. Actually for a club that’s consistently rated in the top handful of sides in the county their title haul is paltry.

Great promise and undeniable hurling talent is often undermined by a flaky temperament.

By my reckoning Kevin Tucker is a sole survivor from their only win eighteen years ago. He was a Tipp minor in ’93, which makes him 38 this year and still delivering quality performances, even at midfield.

It’s a tremendous contribution and neutrals would surely love to see him collect a second county medal.

Whether or not he achieves that aim is a point of major discussion this week. Nenagh certainly have a well-balanced side with a mix of youth and experience to call on.

They’ve been without Tommy Heffernan in recent games because of injury, so his return would be a major boost in attack.

Eddie Connolly’s illness leaves a hole in the Loughmore defence.

They’ll hope that John Meagher is fully fit for this one and perhaps Tommy Long may be called on too.

They’ll obviously look for big displays from the McGraths. Aidan may have to slot in at centre back in Connolly’s absence – it’s an important posting given the threat posed by Michael Heffernan.

One senses that the likes of Liam McGrath needs a profitable day in attack if they’re to prosper.

It’s a fascinating one. If it comes down to a tight finish you’d fancy Loughmore to out-stay Nenagh; then again if Loughmore leak a few goals, which has been a weakness in recent seasons, they could be chasing the game from early.

Ultimately I suppose the mood of the day will decide.

Either way here’s hoping for a rousing one, which surely is a reasonable expectation from two teams with a lot of ball-playing skill on board.

P.S. What odds I wonder on Loughmore for the double?

Our only true dual club is still in the hunt for both after their footballers out-stayed Arravale Rovers last Friday night in a quarter-final. They’re an amazing club, no doubt.