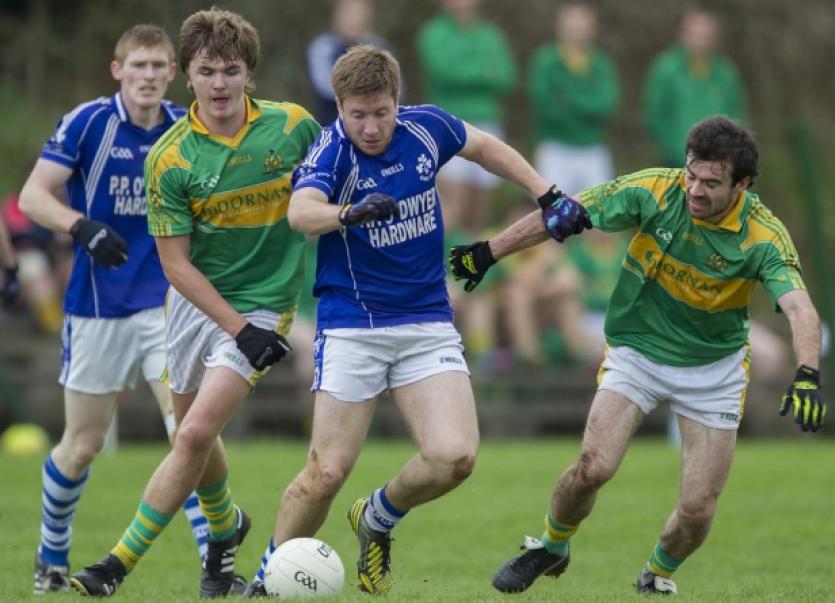 Holders Clonmel Commercials remain on course to retain their title after this landslide victory over Eire Og Annacarty/Donohill in the County Senior Football Championship quarter-final at Cashel on Sunday.

Holders Clonmel Commercials remain on course to retain their title after this landslide victory over Eire Og Annacarty/Donohill in the County Senior Football Championship quarter-final at Cashel on Sunday.

Although the West team beat Commercials in the earlier league stages of the competition, a repeat result was never on the cards as the Clonmel team produced a well-oiled and slick performance that saw them win easily and qualify for a semi-final against Loughmore/Castleiney.

Jason Lonergan’s well-taken goal may have been all that separated the sides at the interval (1-5 to 0-5) but the second half was no sooner under way than Commercials began dismantling their opponents. Six points in the opening 8 minutes of the half stretched their advantage to 9 and by the time that Padraic O’Dwyer opened Eire Og’s second half account with a point the game had already slipped beyond their reach.

They had the consolation of a goal from Jeremy Furlong 10 minutes from the end but it was never enough to trouble Commercials, for whom Michael Quinlivan, Kevin Harney, Kevin Fahey, Colman Kennedy, Ian Barnes and Conal McCullagh were outstanding.

Damien O’Brien’s scores, mostly from frees, kept Eire Og in touch in the first half but despite his efforts and those of Richard Ryan they had no answer once Commercials began to turn the screw.

Commercials asserted their authority with 1-2 in the space of 3 first half minutes. The goal came from Jason Lonergan when he collected Michael Quinlivan’s assist, with the points coming from Quinlivan and Kevin Fahey.

Damien O’Brien’s points kept Eire Og in contention, and they missed a few more chances to take even closer order late in the first half. However they were never at the races in the second period when a rampant Commercials team outscored them by 0-15 to 1-1.