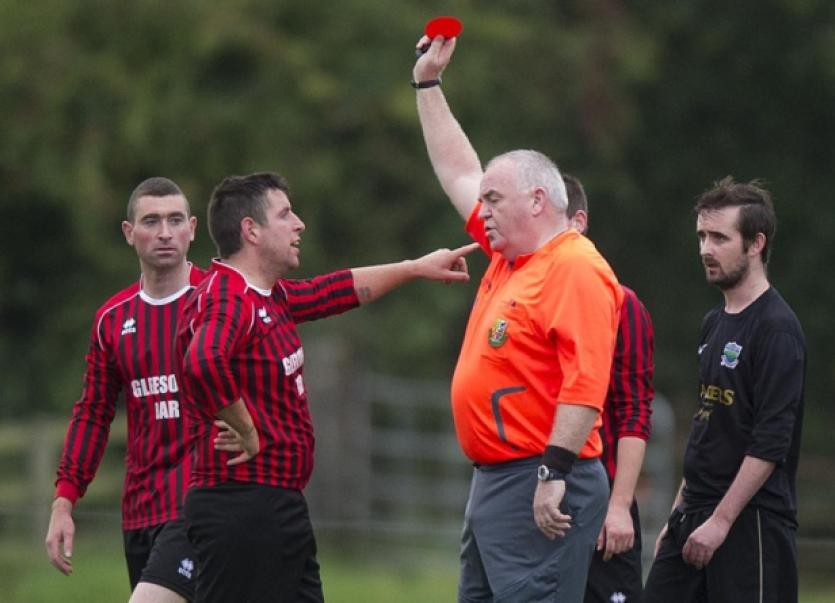 Clonmel Town travelled to Tipperary with the hosts hoping to spring a cup surprise but left with a comfortable victory to advance in this year’s Munster Cup.

The visitors got a perfect start when Emmet Johnson pounced on some poor defending to drive a low hard shot in from the edge of the box after only two minutes of the game.

After this, things settled down, and the home side made some decent chances without any reward. In the second half however, Town upped the pace again, and Johnson doubled their lead ten minutes in, when he was first to a ball cleared off the line to slot home his second goal.

Clonmel took complete control after this, and added a third through Shane Murphy on 65 minutes, and in injury time Levi Whelan added the fourth.

After losing at the hands of Burncourt in a Shield semi-final recently, Clerihan suffered again at their opponents hands in last Sunday’s cup tie. Clerihan opened the scoring after 14 minutes when Jack Kennedy was taken down in the box, and Thomas Hill expertly converted the resultant spot kick. Burncourt were on terms however within seven minutes through Mike Hickey, and then took the lead on the half hour, when Niall Hally powered a direct free kick to the net. Pa Ryan doubled the away side’s lead on the hour mark, and from then on, Burncourt were comfortable. A last minute goal for Clerihan scored after a good run by Paul Farrell should have set up a grandstand finish, but alas they left it too late and Burncourt progressed at Clerihans expense once again.