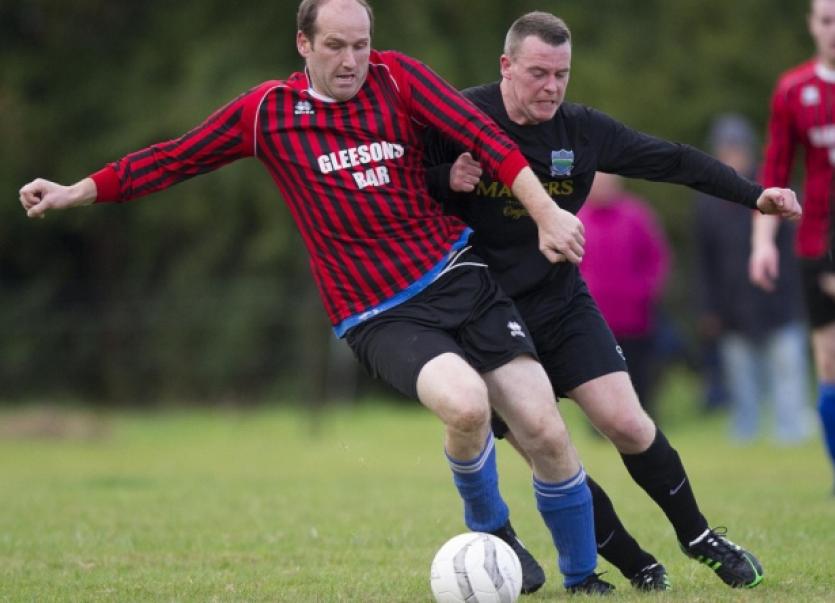 This had all the signs of an upset, and Kilsheelan were very unlucky not to be advancing to the second round after a pulsating tie on Sunday morning. Credit must however be given to the visitors for putting their woeful form behind them and coming back from an almost impossible position to win.

The home team opened the scoring on 20 minutes when Stephen Cloona caught the Cashel defence flat footed. This was a deserved lead as the Cashel keeper had made some excellent saves up to this point. Then, within five minutes, Cloona’s brother Barry made it two for United, as Cashel threatened to fall apart. Things got worse for the visitors when ten minutes before the break, Kilsheelan increased the lead to three through Philly O’Halloran. However, Cashel’s William “Chilly” Fitzelle got a hugely important goal just before half-time, to give the away team some hope in the second half.

After the break though, United looked to have finished the game off when they restored their three goal lead, with a second from Stephen Cloona, but the same player threw Cashel a lifeline when he was sent off for a second yellow card five minutes later.

This was grasped eagerly, and Daniel Doherty reduced the lead on the hour mark. Fitzelle got his second with ten minutes left to leave only one between the teams, and just as the home side thought they had held on, Doherty levelled the game deep into injury time. In the penalty shootout Cashel prevailed on a 5-4 score to complete the comeback.

Clonmel Celtic carried on a wonderful start to their season with another crushing win in Rosegreen on Sunday morning. The home team have had some success in cup competition in recent years, but they never troubled the Clonmel team in this one. In the end, if anything, this was little more than a light workout and Celtic scored five in the first half before following it up with another six after the break. The Celtic scorers were a hat trick from Evan Maguire, with braces from Aaron Moroney, Craig Condon and Paul Kennedy. Two more from Dwayne Burns and Kevin Waters, with replies from Paddy Ryan and Frank Culleton from the home side.