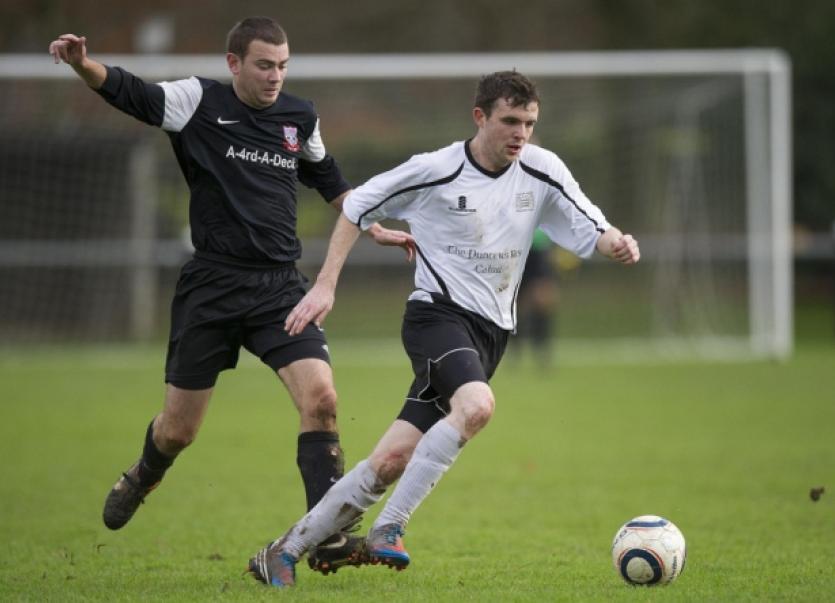 Bansha Celtic’s second string kept up in touch with the top of the Fourth Division with a good win against near neighbours Tipperary Town on a dreadful day for football at the weekend.

Both sides however made the best of the conditions and it was a very even game in the first period, with the teams going in scoreless at the break.

Shane Ferris finally broke the deadlock for Celtic early in the second half when he drove an unstoppable shot into the Tipperary net, and the same player made the points safe about fifteen minutes later.

After that, Bansha were on top of the game and never looked in any real trouble of losing, though the Tipperary Town team did try hard to get back into the game.

The Cullen Lattin players travelled a long way to Ballingarry on Sunday morning and went home empty handed as a well drilled Slieveardagh team delivered a crushing defeat to them.

Noel Ivors opened the scoring after a quarter of an hour, and he scored a second ten minutes later to put the home team into the driving seat. Ian Ivors then hit two goals, one either side of the break, to make the points safe before Paddy Stokes delivered the coup de grace five minutes before the end.