Ballyporeen on a roll make it two from two 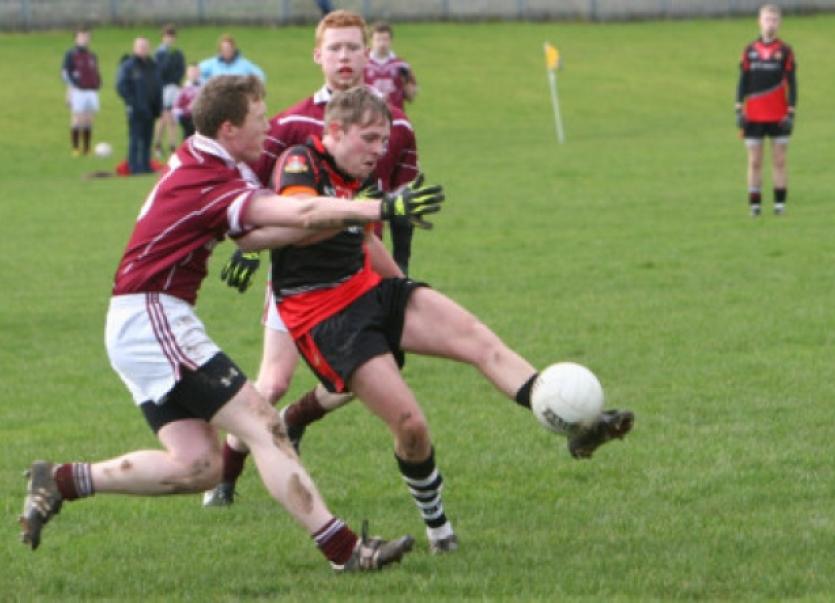 Ballyporeen followed up their opening day win over Moyle Rovers with another over Ardfinnan in the O’Donoghue Motor Factors u-21 FC ‘A’ game at Ned Hall Park.

Ballyporeen followed up their opening day win over Moyle Rovers with another over Ardfinnan in the O’Donoghue Motor Factors u-21 FC ‘A’ game at Ned Hall Park.

Ballyporeen were first off the mark points from Jason Cahill and Fionan O’Sullivan before Ardfinnan hit back with a Gerry Cronin goal.

However before the end of the first quarter we were level again when Niall Barrett pointed from play to leave the score Ballyporeen 0-3 Ardfinnan 1-0,

The standard of the game improved in the second quarter with the young Ardfinnan players getting into every situation and putting the stronger Ballyporeen outfit under a lot of pressure.

Ardfinnan went ahead in the 16th minute with a point from play by Daragh Boyle,

Ballyporeen levelled again in the 20th minute with a point from play by the industrious Noel Vaughan on the edge of the square and they edged ahead when Shane Lynch picked off a fine point.

Ardfinnan, fighting for their lives, levelled matters again in the 22nd minute when Eoin Lambert finished a great movement with a point, Ardfinnan were then awarded a penalty - up stepped Gerry Cronin who struck it well but Mickey Sweeney just got a leg to it to save and on the counter attack Bally’ went into the lead when Fionan O’Sullivan pointed a free 30m out to leave the half time score Ballyporeen 0-6 Ardfinnan 1-2,

Within a minute after the break Ardfinnan were first to score and draw level when Eoin Lambert got his second point from play.

The game then changed for the next 10 minutes as Ardfinnan seemed to go out of the game and on rolled Ballyporeen with four points without a reply - the first from a free on the 20m line by Fionan O’Sullivan, the second a minute later from a free 30m out by O’Sullivan again, the third a minute later when Noel Vaughan put Tommy Sweeney through to fire over a point and the fourth in the 41st minute from Jason Cahill as he ran down the centre to fire over.

We had to wait another 5 minutes for Ballyporeen to add five in a row when O’Sullivan scored from a free to go 0-11 to 1-3 ahead.

When Ballyporeen lost Noel Vaughan to a red card, Ardfinnan came with two points from frees from Gerry Cronin and Michael Hogan.

But in between they also squandered three more frees to amass four wides in the second half.

Ballyporeen were worthy winners and now have four points from two games.