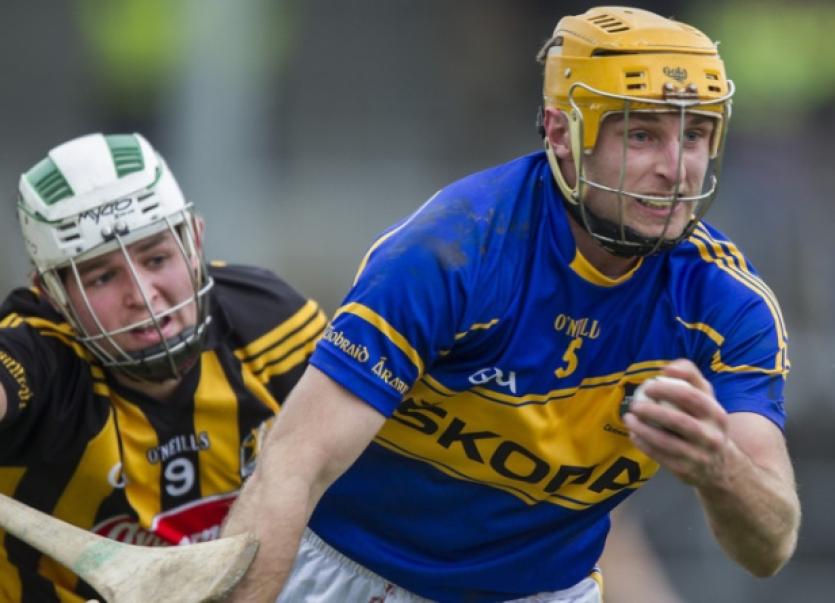 Eamon O’Shea was looking on the bright side after his Tipp team lost to Kilkenny in Sunday’s exciting National Hurling League game, writes Eamonn Wynne.

Eamon O’Shea was looking on the bright side after his Tipp team lost to Kilkenny in Sunday’s exciting National Hurling League game, writes Eamonn Wynne.

“I’m not happy to get beaten, I’m not trying to say there were positives where there weren’t any but I am happy with the way we’re trying to play.

It was a great game, I enjoy these games as well. It wasn’t great to concede 5 goals and lose. Even though we didn’t do well last week (against Waterford) we were still going really well in training. I was expecting us to play really positively and I hope we did.

We were a bit open for the goals but we were trying a few different things (including playing Conor O’Brien at centre back and Padraic Maher at centre field), some came off and some didn’t. Collectively they got a run on us after they got the fifth goal and they tacked on 3 points, like Kilkenny do. When you get momentum like that it’s very hard to stop the points going over”.

He admitted he was “a bit disappointed” that his team had a lead of only 6 points at half time. “The second goal really kept them close to us. I wasn’t overly concerned, I thought we were hurling well and I thought we had good resolve. A few times we came back when they went ahead (in the second half) and it was nip and tuck, there were a few mistakes here and there but look, they happen.

I wouldn’t take away from Kilkenny’s attacking play, they were the better team. Our goals were cracking goals too and the positive thing is we tried to play the way we want to play and I think we’re okay.

Seamus Callanan is a fantastic player and he really epitomises what a forward should be about. Cathal Barrett played really well and Paddy Murphy and Jason Forde did well when they were on the pitch. People forget that Jason is only 20 and it’s a hard job to establish yourself and I was happy for him in particular.

There’s absolutely nothing between the top 6 teams in the National League. We don’t have any right to be winning games but don’t write us off yet”.