Celtic blow Peake Villa away in second half 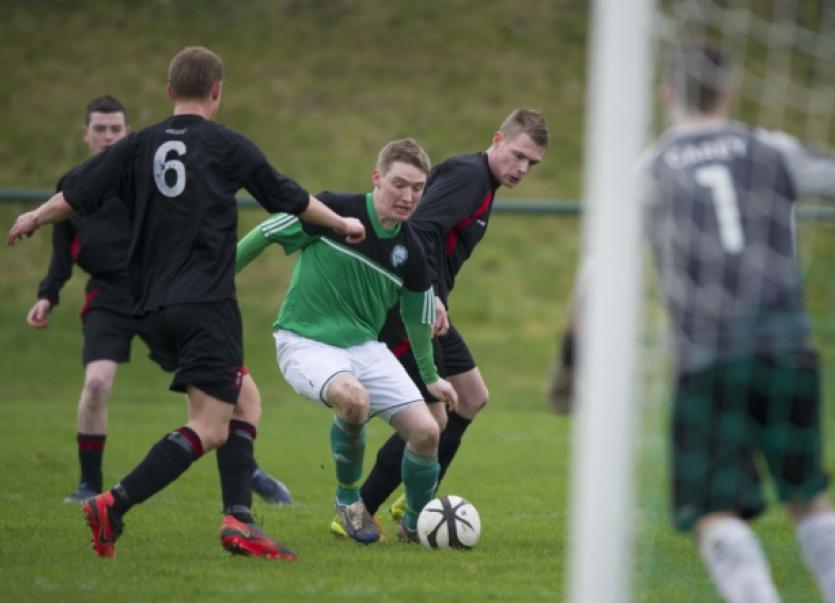 Celtic continued their pursuit to the retention of their league title, but took a long time to assert themselves against a Peake side scrapping against slipping back into the relegation positions on the bypass Sunday afternoon.

After a very sluggish start which you wouldn’t associate with the home team, it was the visitors who had the first real chance after almost a half an hour when Noel Kent was played through but was unable to finish.

This roused the home side a little, and five minutes later, Craig Condon had a good effort saved by the keeper at the second attempt.

Three minutes to the break, Celtic looked to have opened the scoring, when Condon again had an effort cleared off the line, but just as the Thurles side thought they had weathered the worst of the first half storm, they conceded right on the whistle of half time when Johnny Cagney’s header from a corner kick was diverted past his own keeper by a Villa defender.

The home side did improve in the second period, and ten minutes in, they doubled their advantage as Condon finally got the goal his work deserved, firing home from close range.

This knocked the stuffing out of a fragile Villa outfit, and the home side made the points safe just after the hour when Seanie O’Hara headed home, starting a period of complete dominance for the reigning champions.

Inside the next ten minutes, it went from a three goal advantage to a five goal one, as O’Hara got his second with a neat finish, and some clever footwork from Paul Kennedy resulted in him getting back to goal scoring form. Villa did finally get a consolation not long after, when Jody O’Mahoney headed home, but Celtic had the last word, when David Joyce made it six goals to one with three minutes left.