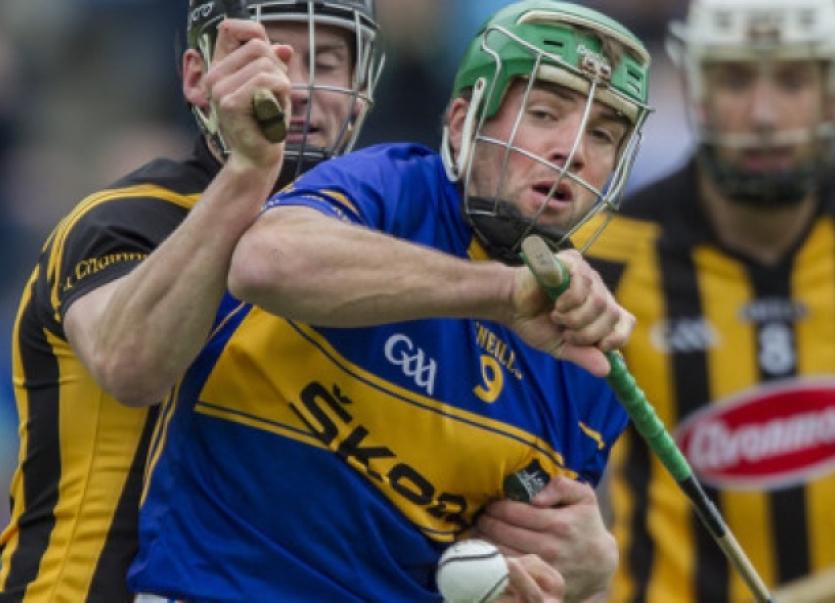 Tipperary’s performance in Sunday’s National Hurling League Final against Kilkenny was a source of pride for their manager, writes Eamonn Wynne.

Tipperary’s performance in Sunday’s National Hurling League Final against Kilkenny was a source of pride for their manager, writes Eamonn Wynne.

“I thought they played really well. I’m really proud of the players. I thought they put in a huge effort”, Eamon O’Shea stated after his team lost by a point after extra time in a highly exciting affair at Semple Stadium.

“My players were outstanding, anybody who would criticise this group of players needs to think again. We lost the game by a point, I don’t believe in being lucky or unlucky”.

On the question of refereeing decisions going against his team, he said “it happens in a game, up and down, you get ebb and flow”.

When it was put to him that televised replays showed that Colin Fennelly’s first half point was actually a wide, he said “I think we need Hawkeye around!”

When asked about the two penalties awarded to Kilkenny, he said “I can’t change what happened. What happens in a game happens in a game. I could spend my life worrying about this but it’s not worth it. You just have to move on. He said he wasn’t going to be critical of the referee, adding “that sort of game has to be refereed in real time, it’s just difficult. I don’t have a problem (with the referee), I’m just elated with the performance of the team. It was a great game, a fantastic game to watch and for our players to play in.

A game like that will bring you on. It was a brilliant match, I hope you enjoyed it because I did”.

When it was put to him that they had lost another close game to Kilkenny, he replied “I don’t feel like you feel”.

Meanwhile Kilkenny manager Brian Cody played down the incident when he was involved in a heated exchange with an official in the Tipperary dugout. He said “I think I made a mistake in which bench I was at! That happens. We’re neighbouring counties! These things happen. It was a great day, it was a great day’s hurling and a great day’s passion for the whole thing and long may it last.”