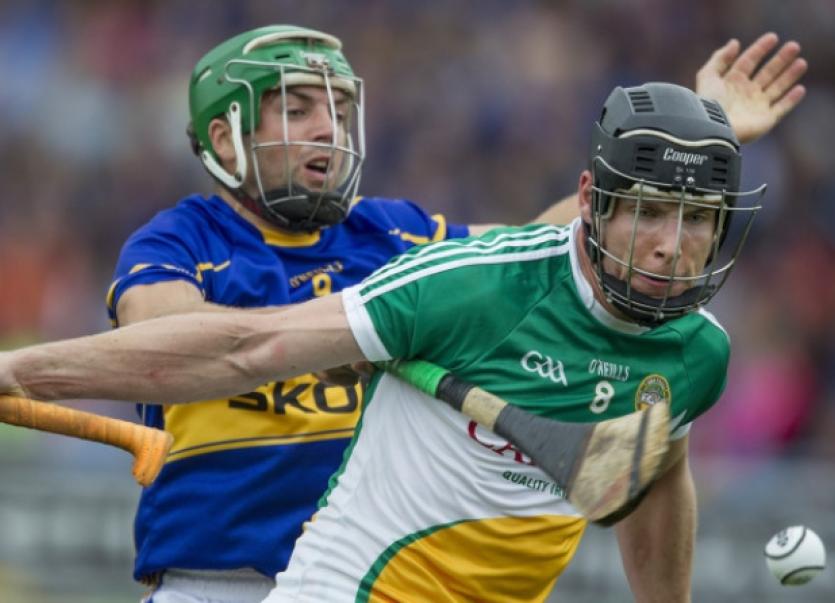 The failure of Tipperary hurlers to finish off opponents when on top meant this Round Two Qualifier was competitive for much longer than it needed to be.

The failure of Tipperary hurlers to finish off opponents when on top meant this Round Two Qualifier was competitive for much longer than it needed to be.

Lethal two goal bursts by Tipperary at the beginning and close of half time should have been enough for them to kill this game off but a leisurley approach adopted when in control was punished by a dogged Offaly and enabled the underdogs to keep in touch when Tipperary should have been long out of sight.

Offaly responded to Tipp’s impressive two goal salvo inside four minutes and again to the two goal haul just before half time, roaring back into the game in the second half with an early goal and a point to put it up to Tipperary.

Tipp’s half time ten point lead had been reduced to four with thirteen minutes elapsed in the second half and the Offaly supporters were beginning to believe that there was something in this game for their team.

With Eoin Kelly warming up on the line, Tipperary reacted to the spirited Offaly comeback, going on to score six points without reply to push the lead out again to ten points in an impressive six minutes hurling with a brace of points from the majestic Callanan, another from midfielder Kieran Bergin, John O’Dwyer’s first score of the game after fifty three minutes, Lar Corbett’s first point of the game and one from substitute Thomas Stapleton.

Kelly then came on to a massive Tipp roar and his score, when he was picked out beautifully by an angled back pass from Corbett, received a rapturous applause from the Tipperary supporters.

Tipp went on to extend their winning margin to seventeen points but the final scoreline suggests an easier game than what it actually was.

Even though Tiipperary did take their foot off the pedal for long periods, 5-25 was an impressive yield from this encounter.

Callanan was again to the fore with a 2-10 return to back up his performance against Galway but it did take some time for others to get into the game, including John O’Dwyer and Noel McGrath, both finishing with just a solitary point on the day, a disappointing return from both given their important contribution on the scoreboard in the Galway game.

It was left to Callanan and Corbett to punish Offaly and that they did when Tipp were in full flow. The opening four minutes showed the Tippeary forward lines at their most lethal. Callanan availed of his first opportunity to run at the Offaly defence and he picked out Corbett with a clever pass and the Sarsfields man drove a fierce shot to the net.

Just over a minute later when Corbett failed to pick up on the run, Bonnar Maher followed up and ran at the Offaly defence before blasting to the net.

Tipperary then proceeded to sit back and admire their impressive opening, allowing Offaly back into the game awakening from their slumber as the game moved towards half time.

With twenty seven minutes gone the game was illuminated by a wonderful piece of artistry from Callanan who turned provider with an incredible piece of improvisation and a magical understanding with Lar Corbett.

Bonnar Maher sent in a pacy pass on the ground to Callanan who used his hurl to cushion the ball and set it up for the in running Corbett who took it on without breaking stride to beat Dempsey in the Offaly goal again.

Just before the break it was Callanan who finished off another excellent Tipp move that involved the busy Kieran Bergin, who himself registered an impressive four points, and Bonnar Maher who found the Drom-Inch man with a lovely pass into space and Callanan did the rest.

One goal and two assists for goals from Callanan in the first half was crucial in establishing control of the game for Tipperary but Offaly were not going to lie down and forced their way back into the game in the second half.

Offaly had the ball in the Tipp net within a minute of the restart when the Tipp fullback line and goalie failed to deal with a free Brian Carroll lofted towards the goal. Colin Egan deflected the ball to the net and a Brian Carroll free had the deficit down to six points two minutes into the half.

Thirteen minutes into the second half that gap was down to just four points and Tipperary again had to search for their top gear to reassert control in the game.

That Tipperary did with a flourish of points to restore the ten point lead and they moved on again to finish with a comfortable seventeen point margin by full time with Noel McGrath setting up Callanan for his second goal in the closiing minutes to put an extra gloss on the result.

It will be of some concern to management how Tipperary switched off for long periods and some players found it difficult to get into the game at all. For a yield of 5-25 you would hope that the socring would be spread better than what it was. John O’Dwyer and Noel McGrath who both made handsome contributions on the scoreboard against Galway scored just a point apiece against Offaly. O’Dwyer could have got on the scoreboard much earlier but he opted to go for a third Tipp goal early on rather than take his point and although he put in his usual high workrate he did not have much fortune in front of the goal after that.