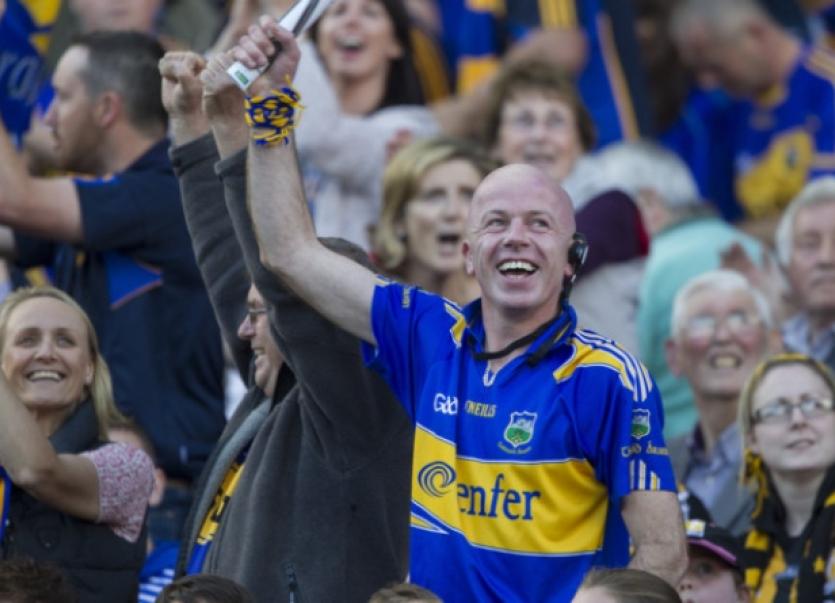 Kilkenny may have edged ahead of Tipperary in the all-time roll of honour in recent years, much to the delight of their fans, but nothing can

Kilkenny may have edged ahead of Tipperary in the all-time roll of honour in recent years, much to the delight of their fans, but nothing can

diminish the pride of Tipp

people in the team they send out in the Blue and Gold.

A legacy that stretches back to the founding of the GAA in Thurles in 1884, to the first All Ireland hurling title just three years later, has moulded the county into the Home of Hurling.

It stretched from father to son, generation to generation, from the mighty men of Tubberadora, who dominated the game around the end of the 19th century, to the present day heroes.

They kept Tipperary’s hurling flame alive across the decades and ensured that fans in no other county could match those from Tipp for fervour and passion.

On big match days, Croke Park became a sea of blue and gold as ‘Tipp Tipp Tipp’ echoed around the famous ground. Today it’s no different as the county gets behind its team again.

Tipperary north and south may have been unified in administrative terms earlier this year but the county has always been as one on the hurling field. There are no boundaries or borders, nothing that distinguishes fans from Carrick-on-Suir with those from Roscrea.

Eoin Kelly was as much a hero in Lorrha and Nenagh and Borrisoleigh as he was in his native Mullinahone when lifting the McCarthy Cup in 2010; Bonner Maher is as revered in Clonmel, Ballybacon and Aherlow as he is along the Galway border.

The team take to the field on Saturday confident in the knowledge that they carry the hopes and dreams of a county.