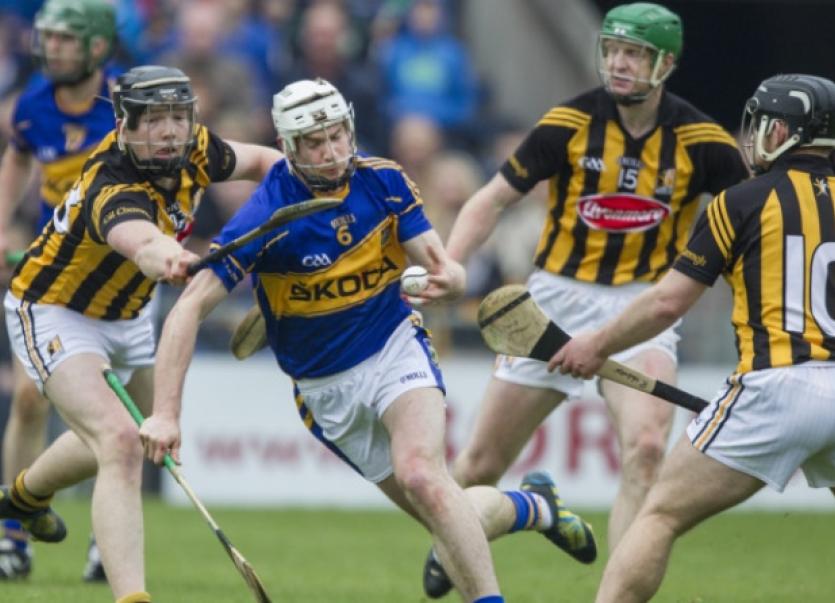 If Tipperary do manage to finish the job many felt they were on the way to completing last time out, if that match had lasted another few minutes, it will narrow the gap between themselves and Kilkenny to “just” seven senior All-Irelands.

If Tipperary do manage to finish the job many felt they were on the way to completing last time out, if that match had lasted another few minutes, it will narrow the gap between themselves and Kilkenny to “just” seven senior All-Irelands.

Well, every hurling fan who will be wearing the blue and gold this weekend, physically or in spirit, to be honest.

Not since the years B.C. (Before Cody) have we been on a par with our neighbours and rivals on the Liam McCarthy roll of honour but a win on Saturday evening will at least prevent the cats streaking nine ahead.

Babs Keating may have his detractors, particularly since his unspectacular second coming in the mid-noughties, but few would have believed when he led the county to a second All-Ireland in three years back in 1991 that only two more such titles would follow in the next 23 years.

To the generation that’s grown up in the meantime, free from memories of the famine (1971-’87, not 1845-1852) and its dark days, it’s probably hard to credit that on the September day in 1991 when a spectacular/fluky goal from a Michael Cleary free ended up being the difference between Tipp and the late Ollie Walsh’s Kilkenny, the premier county on 24 All-Irelands actually led that final’s runners-up by a single title on the all-time list.

It took but a year for the cats to draw level again, and another to pull ahead, but it’s only been in the Brian Cody era that Kilkenny have truly rammed home their superiority in the hurling annals.

Even Cork, who were roughly on a par with them going into the 2006 decider when Cody’s men began their famous four-in-a-row, have been left for dust by the team now known as the “best ever”.

It’s debatable whether that “best ever” mantle has been deserved in the last couple of years but it matters little as, even since Tipperary smashed their five-in-a-row hopes in 2010 and looked set to embark on a wave of dominance of their own, it’s been 2-0 in All-Irelands to Kilkenny.

“Another one-in-a-row for Tipp,” we lamented in 2011 in the saloons, restaurants and cafés around Dublin 1 and Dublin 3 after travelling to the big smoke with high hopes of making it two in succession and putting those cats even more firmly in their place, only to see the team leave their form behind them and meekly enough surrender the title that had been so spectacularly won 12 months beforehand.

Indeed, just like the Dublin footballers, Tipperary seem to have become masters of the “one-in-a-row” since the last time the country truly dominated all before them, the 1960s. For Dublin, read the 1970s.

Since 1965 and the second time in the ‘60s that the county won two on the trot, following a hat-trick from 1949 to 1951, we’ve averaged one All-Ireland per decade and never managed to put them back-to-back in the meantime, just like Dublin have put up a similar average in football since they won Sam Maguire twice on the bounce in 1976-’77.

Yet another statistic hard to credit these days is that, between 1922 and 2002, Kilkenny had won just one championship game against Tipperary. In fairness, in the pre-backdoor era the counties wouldn’t have met with as much regularity as they have in the last decade or so, but still…

In 2002 we were reigning champions and played a classic semi-final against the champions of 2000 which ended up being one of those great games in which neither team was really a loser, Tipp just ran out of time.

The following year, despite Brendan Cummins’s heroics, Tipp ended up comfortably beaten and ever since it’s been all misery when it comes to match-up with the cats in the championship, apart from the glory of 2010.

To win an arguably greater contest, as the final of last Sunday fortnight turned out to be, would probably have been just as joyous for fans of Tipp everywhere. But if Brendan Maher is the one raising Liam in the mid-autumn dusk this Saturday, it will have been as rewarding a September as any.