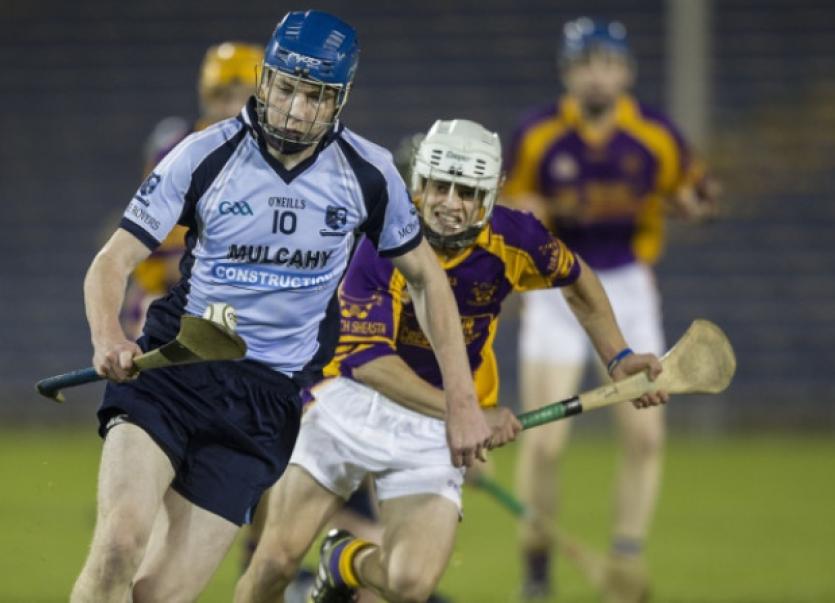 Every admirable trait you would want to see ingrained in a team had to be demonstrated to carry this indomitable group of Moyle Rovers history-makers over the line to claim a county minor A hurling title in Semple Stadium on Sunday evening.

Every admirable trait you would want to see ingrained in a team had to be demonstrated to carry this indomitable group of Moyle Rovers history-makers over the line to claim a county minor A hurling title in Semple Stadium on Sunday evening.

On a landmark day for this renowned football club, their minor hurlers made a remarkable breakthrough claiming one of the most coveted hurling titles in the county for the first time.

Given how the South side were outhurled by a stylish Newport Gaels in the first half, Rovers had to dig deep and that they did in extraordinary fashion in a second half powerhouse performance.

Guts, attitude, spirit, a phenomenal hunger and leadership all over the field combined to secure the title and create one of the most memorable occasions in the history of the club.

It took a stunning transformation to see off this classy Newport Gaels side who dominated the first half, putting on an exhibition of hurling, with wonderful touch, passing and movement that cut through Rovers.

But Newport, for all their first half superiority, failed to punish Moyle Rovers and their dominance was not reflected on the scoreboard.

Moyle Rovers just managed to do enough to keep in touch and a crucial goal from the outstanding David Roberts in the last action of the first half reduced the deficit from seven down to four points to give Rovers something to aim for in the second half.

Rovers had found it very difficult to cope with Conor Floyd at full forward, Patrick Ryan, Daniel Carew, Kealan Floyd and David Gleeson throughout that first half.

Despite a Ciaran Luttrell goal and points from the impressive Tadgh Fitzgerald and Stephen Quirke, Newport led by eight points after twenty two minutes and threatened to put this game beyond reach.

Rovers refused to capitulate however and points from Danny Owens, a 65 by Stephen Quirke and another from Tadgh Fitzgeald pegged them back and when Roberts pounced seconds before the half time whistle it gave Moyle Rovers great belief.

Rovers came out a different team in the second half. With that belief surging through the entire team they significantly upped their performance.With unshakeable conviction they knocked Newport out of their stride.

In an incredible opening five minutes of the second half they tamed the Newport threat and set the tone for a magnificent triumph.

Newport increased their lead to five points but Rovers responded with captain Shane Luttrell and Shane Lonergan driving them on.

Lonergan, who had a storming second half, blasted to the net to set Rovers on their way. They were level with points from David Roberts and Dara Ryan and were two up after Roberts again and Tadhg Fitzgerald finished off a flowing Moyle Rovers passing movement. Moyle Rovers had turned the tables on their opponents. None of the Gaels’ first half stars were anywhere near as influential in the second period. Their supply lines were cut off with Shane Lonergan and Stephen Quirke dominant in midfield and with Sean Murphy doing an excellent marking job on Conor Floyd, who had inflicted so much damage in the first half, Moyle Rovers established a firm grip on the game.

They guarded that two point lead with ferocious intensity for the remainder of this absorbing contest.

They stood tall in defence whenever Newport applied the pressure. A string of excellent saves from Luke Delahunty in goal was vital to the cause as was the tenacious defending of Brian Norris, Michael O’Doherty, Morgan Irwin and Conor Bates.

Newport reduced the lead to a just a point eight minutes into the second half but that was the closest Newport got and for the remainder of the game Rovers enjoyed a two or three point cushion. Two Dara Ryan frees and another crucial score from David Roberts ensured Moyle Rovers kept their noses in front and another Dara Ryan free in the 59th minute put three points between the teams again.

Rovers survived a late scare in the two minutes added on at the end of this pulsating contest when Patrick Ryan was taken down in front of goal.

Up stepped Kealan Floyd to take the penalty but his last ditch attempt to force a draw for Newport failed with full back Brian Norris keeping his effort out.