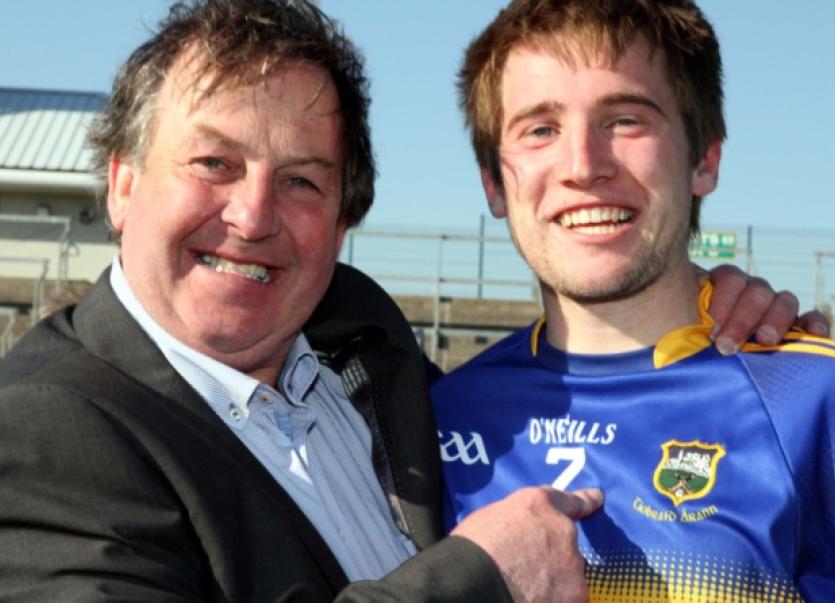 In the home of ‘The Faithful’ on Saturday last, the die-hard-core of Tipperary football followers celebrated an historic win in reaching a first-ever All-Ireland final at under 21 level, writes Jeddy Walsh.

In the home of ‘The Faithful’ on Saturday last, the die-hard-core of Tipperary football followers celebrated an historic win in reaching a first-ever All-Ireland final at under 21 level, writes Jeddy Walsh.

The ever-loyal supporters who had made their way to O’Connor Park in Tullamore, basked in the glorious sunshine with the team and their mentors on the pitch post-match.

On the slow but steady rising graph that is Tipperary football this latest triumph is a significant milestone in the development of the game and just rewards for the efforts being made everywhere in the promotion of the big ball game throughout the county over many years.

Never before has Tipperary qualified to battle for the Clarke Cup and now they have magnificently earned their place in the final against  Ulster champions Tyrone on 2nd May.

Now comes a second Corn na Cásca win in Munster with the dethroning of the five-in-a-row seeking Cork, followed by the downing of the Dubs in Tullamore on Saturday last. Tipp footballers beating Cork and Dublin in consecutive championship games! Indeed these are exciting days for ‘The Faithful’ Friends of Tipperary Football.

You can also add to that impressive footballing CV the seniors success in winning  Division 4 of the National Football League in Croke Park last April and an extended run to the final 12 in last year’s All-Ireland Senior Championship. This year the seniors have consolidated that win with a comfortable campaign in Division 3 and were considered unlucky in the opinion of many not to have beaten Armagh in the opening game which probably would have gained them promotion.