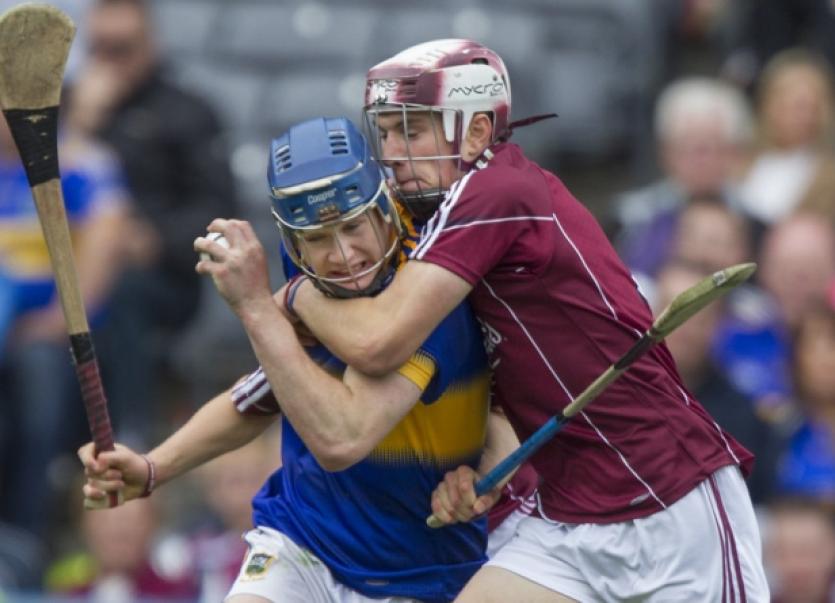 They went into Sunday’s All-Ireland Minor Hurling Championship Final on an unbeaten run but Munster champions Tipperary met their match in a confident, free-scoring Galway team at Croke Park.

They went into Sunday’s All-Ireland Minor Hurling Championship Final on an unbeaten run but Munster champions Tipperary met their match in a confident, free-scoring Galway team at Croke Park.

Having won all four of their games Tipp were seeking to extend that winning sequence, which would have earned them a 20th Minor hurling title, a first since 2012, a fourth in ten seasons and the first leg of an All-Ireland minor double, with the footballers preparing to play Kerry on Sunday week.

However those plans came horribly unstuck. Tipp went into the final as 2/1-on favourites but Galway made a mockery of their 2/1 outsiders tag, as Tipp were defeated by a team that on the day was clearly superior.

Tipp would hardly have reached both Minor finals without such an overlap, although the high number of players (nine) involved with both panels surely only strengthens the view that the dual issue is a nettle that should be grasped now - players need to choose one game or the other.

For 35 minutes of Sunday’s final there was nothing between teams that were level eight times, including seven in the first half. However a more streetwise, sharper Galway side then made a real statement of intent when they banged in 2-2 without reply in the space of five minutes. Eight points down with 20 minutes remaining, Tipp never really got a look-in after that, despite their best efforts.

They never gave up the ghost but Galway’s greater workrate, strength and pace ensured that they continued to mop up most of the breaks and win the fifty-fifty exchanges, as they exerted sufficient control over the remainder of the game to hold Tipp comfortably enough at arm’s length.

Tipp had every chance when captain Stephen Quirke levelled the scores for the eighth and final time 5 minutes into the second half. But then the dam burst as a Galway team, boosted by great vocal backing from their supporters arriving for the senior final, moved through the gears.

The impressive Evan Niland converted a free for Galway before substitute Liam Forde, who had only been on the pitch for a minute, squeezed a shot to the net past goalie Padraic Hayes from a tight angle. Niland added another point from a free and before Tipp had a chance to recover Cianan Fahy buried a low shot in the net, with the defence all at sea, to open up that sizeable lead.

Despite that huge setback, Tipp made a brave attempt to rally. Stephen Quirke cut a sideline over the bar off a post and Cian Darcy converted a pair of frees, but with Evan Niland doing likewise from three frees at the other end and sweeper Sean Loftus venturing forward to add a point, Galway remained in the comfort zone.

Tipp’s endeavours were finally rewarded a minute from the end of normal time when Stephen Quirke broke a ball that Tommy Nolan swept low to the net to cut the deficit to 5 points.

The goal was mere consolation, although we would have been in for an interesting finale if Cian Darcy had found the net from another shot that Galway goalie Darragh Gilligan blocked.

Galway underlined their superiority in additional time when substitute Michael Lynch raced clear to score their fourth goal. It was typical of Tipperary’s spirit that they kept going to the finish, Michael Connors and Darragh Peters (from a 65) scoring late points.

As a unit Tipp never got into any real rhythm, despite the heavy workload undertaken by centre back Brian McGrath, wing back Darragh Peters, corner back Enda Heffernan, Stephen Quirke in midfield and Tommy Nolan, Alan Tynan and Cian Darcy in attack. Mind you, they had a few goal chances in the first half that could have given them an advantage at the interval, instead of having to settle for a share of the spoils at the halfway stage (1-7 to 0-10).

After 12 minutes Garry Ryan brought a great save out of Galway ‘keeper Darragh Gilligan from a chance created by Stephen Quirke and David Gleeson.

Eight minutes later Tommy Nolan blazed a shot over the bar when he could see the whites of goalie Gilligan’s eyes.

After a nervy opening (with Hawkeye consulted three times in the opening 14 minutes) Tipp eventually settled with scores from Lyndon Fairbrother and Tommy Nolan. Galway’s Brian Concannon scored their opening goal in the 18th minute, when James Quigley parried a ball into his path.

Tipp’s response was encouraging with Alan Tynan, Tommy Nolan and a Lyndon Fairbrother free drawing them level by the 24th minute. But they lost their way in that nightmare spell early in the second half as a Galway team for whom Jack Coyne, Evan Niland, Sean Loftus and Caelom Mulry were outstanding turned the screw.