All Ireland gold for Cashel Handball 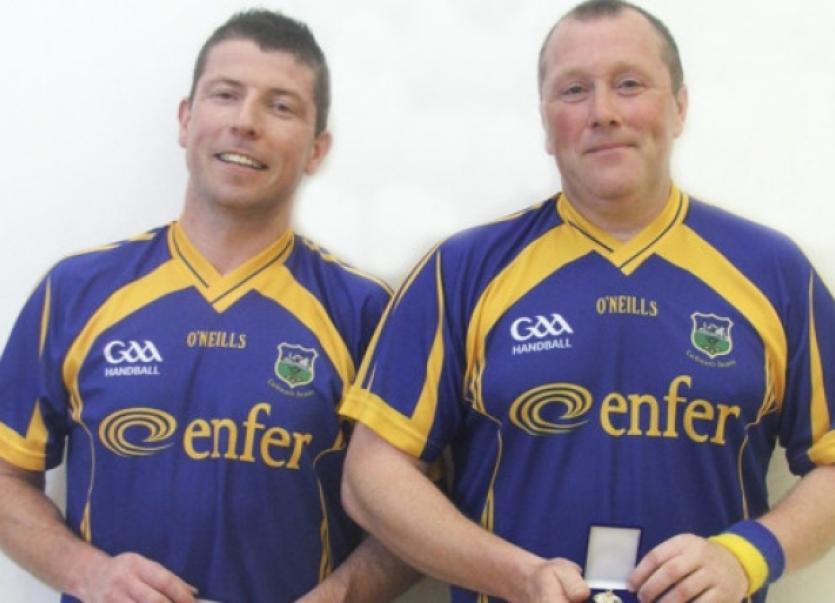 Success it seems is never far away from Cashel Handball Club, following on the outstanding achievements at last year’s World Championships in Dublin.

Success it seems is never far away from Cashel Handball Club, following on the outstanding achievements at last year’s World Championships in Dublin.

Over the last two weekends three club players, this time representing their county brought All Ireland Gold back to the town. On the weekend before last Colin Ryan won the All-Ireland U-14 40x20 singles final against Kilkenny’s Con Murphy in Crinkle Co Offaly and last weekend also in Crinkle Noel Murphy and David Moloney won the All-Ireland masters 40x20 doubles final against Kilkenny’s Michael(Duxie) Walsh and D.J. Carey.

Colin showed great form and a steady overall improvement in his game to take the title in two straight games. His power and wonderful array of shots was just too much for the Kilkenny man.

David Moloney and Noel Murphy started slowly in their first game trailing early by 8 - 14 but as the game progressed fought back to level it at 14 each, the Cashel pair eventually took contol to win the opening game 21-14. The Kilkenny due piled on the pressure in the second to take it 21-16. It was now down to the third and deciding game and what a titanic struggle it turned out to be with both sides level pegging to 15 aces each. Both pairs battled as hard as they could to win aces and in an confrontation which lasted a total of two hours and forty minutes it was the men from the premier county who finally tipped the balance in their favour to finish with a final score 21-15.

Cashel Handball Club would like to thank the large turnout who travelled to support their players at the finals.