Even spread of gold  medals in field events 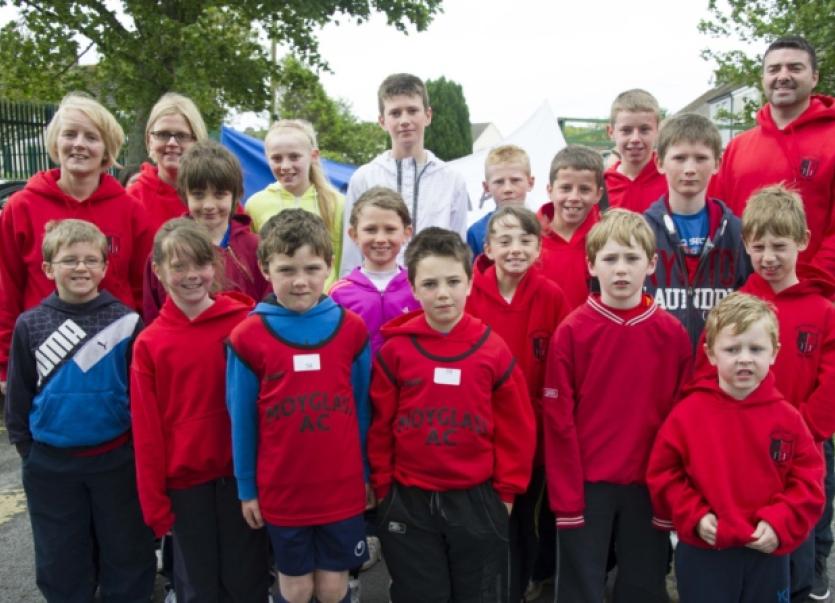 There was a nice even spread of gold medals in the field events at the County Community Games finals held in Templemore on Sunday last.

In the girls events Carrick-on-Suir, Cashel, Cloughjordan, Borrisokane, Newport and Ballinahinch got to the top of the podium.

In the boys events Carrick-on-Suir recorded three wins as did Moycarkey while New Inn also took gold via Sean O’Connell in the under 14 shot putt.

Unfortunately due to high winds on the day, for safety reasons, the under 16s boys and girls discus events had to be cancelled.

U16 Boys and Girls Discus event was postponed due to high winds.

HAT-TRICK FOR THE RYAN BOYS FROM MOYCARKEY

FETHARD ENTRY DOWN BUT NOT JACK DOLAN

Jack Dolan, Fethard went one better than last year winning the u16 1500m while still only 14, Silver medal winners Alison Connolly and Leah Coen are both members of the girls u12 football team who will play in the Munster Finals this Saturday, Ben Coen and Mark Heffernan also won silverware.

The Fethard entry was down a bit due to Gatherings and sore heads.