Killenaule impress against a young Fethard 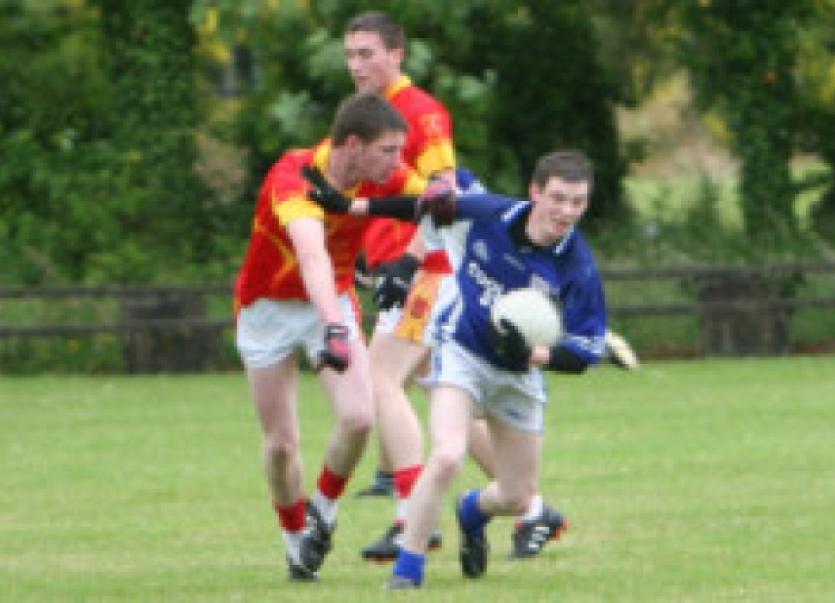 In the Clonmel Oil South Senior Football Championship game played in Cloneen on Friday last Killenaule confirmed their power and strength in the South senior football division. The champions, with an impressive display, easily accounted for a very young Fethard fifteen who were unable to match them man to man in winning the ball.

Fethard have now exited the South Championship for 2013 with only relegation survival now remaining. Killenaule marched on to the semi-finals and hopefully further as they aim to defend their crown.

Killenaule had impressive displays from James Feehan, Joe O’Dwyer, Thomas Feeney in defence, Paddy Codd in the centre field while up front Declan Fanning, Tony Doyle, Daniel Guinan, Michael Doyle and John O’Dwyer stood out. For Fethard Paul Fitzgerald could not be faltered for the goals and Kenneth O’Donnell gave of their best.

The game was only a minute old when John O Dwyer pointed for Killenaule. In the 4th minute Tony Doyle aset up brother Michael for a well-taken goal.

Thomas Keavney from wing back scored a fine point from the hands before Tony Doyle added a free in the 10th minute to leave the score Killenaule 1-3 Fethard 0-0.

Cathal Hurley opened Fethard’s account with a 40m free in the 12th minute and repeated six minutes later with a great point from the same distance.

After the interval Fethard brought on Peter Gough for the injured Brian Delahunty and Killenaule brought in Kenneth Browne for Declan Fanning. Within a minute Jamie McCormack added a point from play for Fethard. We had to wait five minutes for the next score when Joe O’Dwyer kicked a 45m free straight between the posts.

Killenaule for all of the second half played a two-man full forward line with Michael Doyle excelling with points from play in the 10th and 12th minute and Kenneth Browne scoring a point from play in the 14th minute.

Killenaule introduced Paul Mushy O’Dwyer for Thomas Keaveney with almost immediately Joe O’Dwyer scored his second point from a free on the 45m line to leave the score at the end of the third quarter Killenaule 1-15 Fethard 0-4.

In the 18th minute the game was over as a contest when Paul Fitzgerald denied Michael Doyle a certain goal but on the follow up John O’Dwyer made no mistake. Within a minute Fethard’s Jamie McCormack set up Carl Maher for a well-taken goal, with the same player adding a point from play. From then to the end we had two points from each side Fethard via two Carl Maher frees with Michael Doyle scoring 2 from play for Killenaule to leave it Killenaule 2-17 Fethard 1-7.