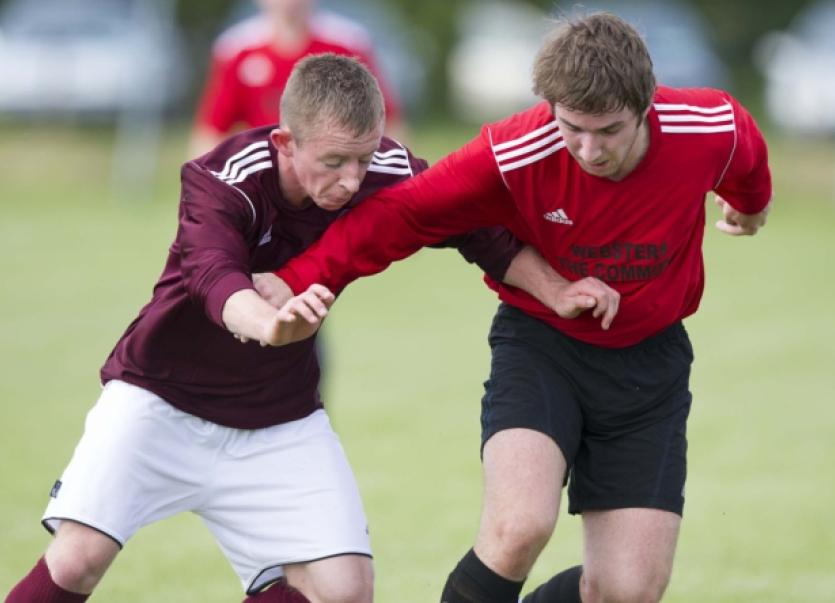 TSDL Premier League champions Clonmel Celtic got their Munster Champions League campaign off to a winning start at the bypass on Sunday with a good win against Cork AUL Champions, Coachford AFC.

Evan Maguire had Celtic’s first effort on ten minutes but he fired over after a good run. Four minutes later Dwayne Burns had an effort that was deflected wide by Terry McSweeney. From the resulting corner keeper Peter O’Riordan tipped Paul Kennedy’s powerful header over the bar.

Celtic put a good move together in the 31st minute when Graham Doyle and Kevin Waters combined to set up Dwayne Burns but he shot tamely wide. On 43 minutes another good move saw Paul Kennedy set up Andy Cosgrove from an Evan Maguire cross, but the midfielder could only poke the ball towards goal and O’Riordan easily gathered as the first half finished scoreless.

Celtic made the perfect start to the second half and hit the front within a minute of the resumption. From Darren Burns’ fine cross, Evan Maguire glanced a header that the keeper pushed away, but only into the path of Paul Kennedy who fired home. On 67 minutes, Celtic came close again when Evan Maguire went on a run but O’Riordan got down to save his effort well. Celtic continued to hold the upper hand and went close again in the 70th minute when Darren Burns headed a Graham Doyle free kick inches wide.

There was always a danger that Celtic could pay the price for not getting that second goal and four minutes from time they nearly did, when midfielder Sean Taggart fired narrowly wide. However Celtic did eventually get the second goal their play deserved almost on the full time whistle. An excellent crossfield ball from Eddie Doyle found Dwayne Burns who showed courage and strength in holding his opponent to blast an effort past O’Riordan and book Celtic a place in the quarter finals.