Kilsheelan United through to Shield final 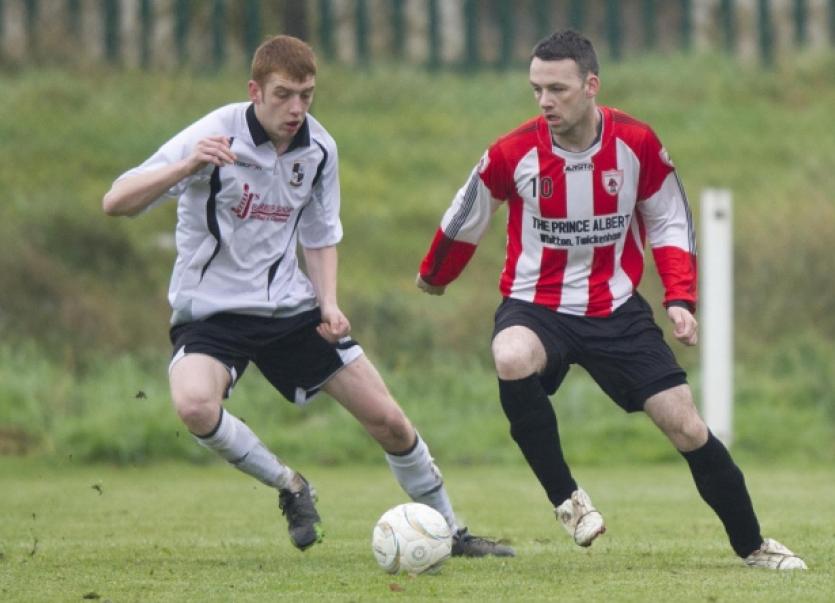 Moyglass took a firm hold of the advantage in this tie with a comprehensive home win in the first leg on Sunday. They opened the scoring on the half hour when John Lacey headed home a free kick from his brother Michael.

Moyglass extended the lead on the hour mark, when Ashley Laslett finished a fine through ball, and looked like they had the tie wrapped up 15 minutes before the end, when Gavin Morrissey beat three players to score. However Paddy ‘Whack’ O’Donnell, volleyed home a cross with almost the last kick of the game, to give his team hope for the second leg.

This game went all the way to the wire before Kilsheelan booked their place in the final of this year’s Second Division Shield. Coming in goalless from the first leg, it only took Stephen Cloona five minutes to open the scoring for the away side. The same player doubled their lead five minutes before the break, but a penalty kick two minutes later by Killusty’s Karl Maher brought the lead back to one just on half time.

Half way through the second half Martin Coen levelled the game, and that was how it finished. Alas for the home team, Kilsheelan showed more composure at the spot kicks to go through.

St. Michael’s reserves had a hard fought game against the divisions strugglers last Sunday but eventually emerged victorious. Kilmanahan opened the scoring in the 26th minute when Philip Ruth’s good work was rewarded as Shane McGrath headed past the home keeper. St. Michael’s levelled prior to the break, when Daniel Fowler beat the visiting keeper from a free kick close in. Kilmanahan rocked the home team again in the second half when Paul Cagney restored their lead on 56 minutes. Things got worse for the home team when they were reduced to ten men, but this only encouraged them to dig deeper and they were level ten minutes before the end when James O’Leary volleyed home.

They got the winner five minutes from time when Fowler got his second leaving the visitors rueing more lost points as they slip slowly adrift at the wrong end of the table.