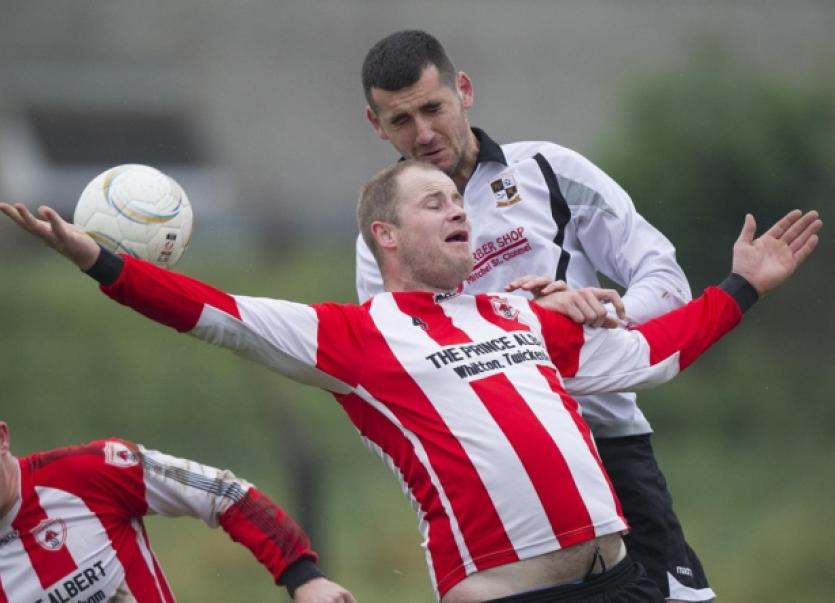 Cashel Town continued their recent run of good form with another cup win at Palmershill on Sunday morning. The home side took the lead after a quarter of an hour when James Harding drove low into the net. Cahir broke away on the half hour to catch the home team cold with a ball over the top for James McGrath to equalise. The game became a lot tigher after this, before the home team retook the lead through Chilly Fitzelle. Cashel then doubled their lead on 70 minutes as Paul Hore shot across the keeper leaving him no chance, and the game was wrapped up ten minutes before time, when Mickey Coleman scored.

They will be delighted with this result, even if their reward is a game against an in form St Michael’s, but more importantly, they will be hoping their good cup form will now translate to the league and they can begin to climb away from the foot of the Premier table.

Burncourt seem to be suffering from a post Shield victory hangover as they went out of this competition at home against a strong Cullen team last Sunday. The first half was a tight affair with neither team looking like they were going to take the initiative until seconds before the break when Alan Hayes of Cullen scored. Burncourt chased the game in the second half but were caught cold on the 70th minute and Cullen doubled their lead through a Leonard Hanly. It looked like an easy run in, but Burncourt got their best chance ten minutes from time when awarded a penalty, but the chance was missed. Another chance came back off the crossbar minutes later, and it wasn’t to be their day.