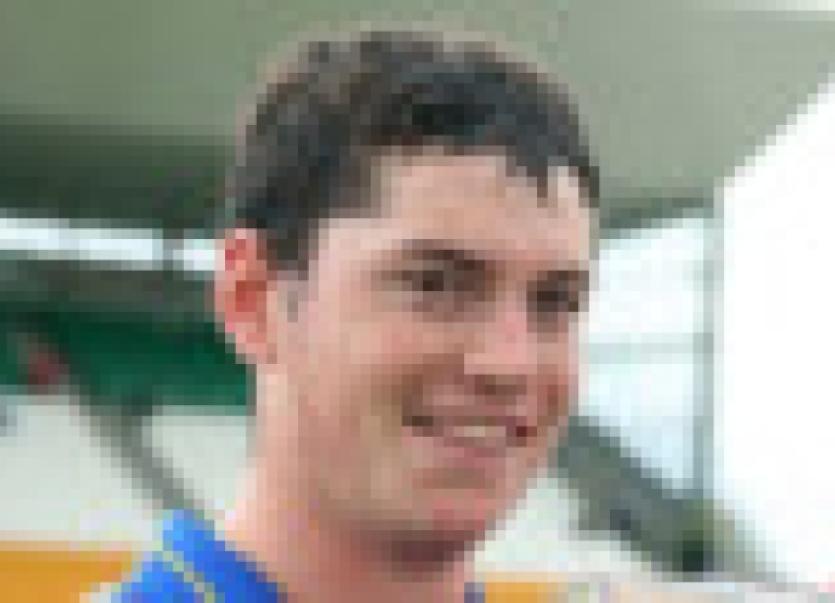 There’s a special sweetness to beating Cork. Tradition, no doubt, has something to do with it but our poor record against them may be another factor.

There’s a special sweetness to beating Cork. Tradition, no doubt, has something to do with it but our poor record against them may be another factor.

This was just our second win over the rebels from our last ten league encounters – the other was in ’09 when the Stadium lit up for the first time.

What’s rare is wonderful then and this one was certainly both rare and wonderful in its nature. A scoring extravaganza whizzed this way and that before our eyes, leaving the attendance of 6,615 patrons breathless. Of course it hadn’t the closed-down tightness of a championship game but in all other aspects it was spellbinding. Even Joe Brolly I’m sure would have been impressed!

The prize now is a three-week run-in to a league semi-final match-up with Clare; how different if we were now heading into a two-month hiatus ahead of the championship opener against Limerick. It would have been nice to have those league semis in the Stadium but instead they go to the Gaelic Grounds; Galway will be pleased – Kilkenny won’t.

As a team we seem to be specialising in these big-score games: Galway hit 3-16, Clare managed 4-15 and Kilkenny hammered 5-20 past us. Now Cork manage an incredible 4-19, but for a change it’s not enough. Statistically this game produced an aggregate score of 65 points, which is the highest ever in the long history of Cork/Tipp league matches. Even Cork’s eight goals in the ‘39/’40 league decider only brought the aggregate to 55 points.

It was a blistering opening from Tipperary. Denis Maher’s instant goal set the tone and Niall O’Meara’s first time whip on Woodlock’s half-hooked effort endorsed the pattern. Ten-up after a mere seven minutes was a dream opening. The team was certainly buzzing and Cork were chasing the play leading to that lazy conclusion that division 1B operates to a different tempo. Perhaps, though I’m not totally convinced.

Either way Cork eventually began to stabilise matters and then came a turning point. Unwisely Callanan went for goal on a close-in free, the adrenaline of that opening perhaps getting the better of discretion. It was saved, the play broke downfield where Harnedy out-fielded O’Mahony and planted a reviving goal for Cork. Two minutes later Harnedy had his second, this time O’Mahony unlucky to slip in the lead up.

O dear, this was déjà vu territory again with echoes of Nowlan Park. By interval time we’d slipped from ten-up to two-down, John O’Dwyer’s (inset) excellent goal cancelled by Nash’s speciality after Egan had dropped a routine one. It was desperately disappointing to go in two adrift after such a spectacular opening blast.

And therein hangs the real merit of this victory. The second half saw the team shake off that disappointment and reassert control, this time without the turbo-boost of goals. After a very productive first half at wing James Barry went full on the withdrawal of O’Mahony; Ronan Maher came in at half back. There was to be no Nowlan Park style capitulation by the defence this time, Brendan Maher, Paddy Stapleton and Conor O’Brien all particularly impressive.

The midfield pair kept busy though there was no overlooking the display of Daniel Kearney for Cork. It was in attack especially that we found match winners. The combination of ‘Bubbles’ and Noel McGrath was a delightful feature, working some spectacular scores. Callanan kept pitching in too though not with the heavy impact of previous games. Shane Bourke, so anonymous in the first half, now found room for a pair of quality points. Speaking of points, Brendan Maher’s was among the very finest of the day, a real rallying strike worth far more than its nominal value.

And yet it all came down to such a cliff-edge finish. Darragh Egan won’t have happy memories of Cork’s fourth goal, his lack of control leaving it invitingly for Pat Horgan to finish in a carbon copy of his strike last year against Dublin. The lead shrank to a single point as we drifted into added time and how fitting it was that Noel McGrath and John O’Dwyer should drive the insurance scores to take the lead back out to three.

There was still the nail-biting finish as Nash scampered up for that final free, this time fortunately a little to the left of the posts. A massed goal-line kept it out, some giving Woodlock the credit for the block. It was a nervy ending though on the balance of play Tipp deserved the honours.

So, credit to the side for resurrecting the campaign after those testing days in earlier rounds. It’s amazing how a few results have lifted the confidence. O’Shea thinks they’re starting to like the ball more. It’s a curious way to put it but I interpret it to mean that the self-belief has returned and fewer players are hanging back now.

Part of the solution has been the return to prominence of key men such as Brendan Maher and Noel McGrath. Both were superb on Sunday. Paddy Stapleton has stepped up too after a few wobbly days since returning from injury and Conor O’Brien put in a strong second half shift. James Barry was seen to best effect in the first period but he certainly has put himself in the reckoning since his long-overdue promotion. Woodlock was typically industrious at midfield.

In attack there’s no doubt ‘Bubbles’ was the main man on a day when Callanan faltered a bit though still delivering some valuable points from play. Denis Maher and Niall O’Meara both justified inclusion, Maher especially whose role in two of our goals was critical. At last we’re starting to carry fewer passengers than in previous games and with injuries hopefully clearing we should be in a stronger position for the re-match with Clare on April 20.

However, there are still issues that the management need to sort. Darren Gleeson damaged his reputation in the Galway game but unfortunately Darragh Egan has failed to fill the void. We cannot gift goals to teams and still hope to win, so the search resumes for Brendan Cummins’s replacement. I felt – and stated at the time – that dropping James Logue from the panel was a mistake. His credentials need to be re-examined now.

Then there’s the search for a full back. There are times when Conor O’Mahony looks the part but Harnedy found his measure on Sunday so that debate reopens. Paul Curran is back in training and people will be interested to see if Michael Breen measures up now that he’s regained fitness.

The management too will continue to be analysed on their moves because there is a perception that some of the decision making has been strange. Stylistically James Barry seems most unsuited to full back though in the management’s favour the options were very limited on Sunday.

Against all of that we have important players to return to the fold. We beat Cork without two key defenders in Mickey Cahill and Paudie Maher. ‘Bonner’ was a big loss in attack and we await the reappearance of Lar, the mystery man of the panel. John O’Brien made a return on Sunday though surely too much of a refocus on 2010 is a regression.

For the moment, however, we just bask in the glow of a return to form. Recently you could have backed Tipp at 16/1 to win the league; now it’s down to 4/1. That’s progress.

P.S. As ever thanks to SOD for the fascinating stats.