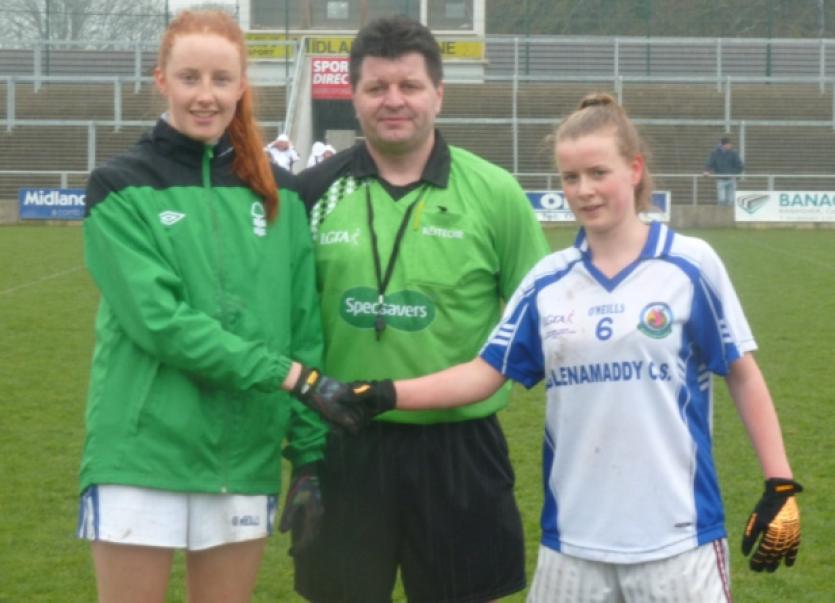 Colaiste Dun Iascaigh’s Junior Ladies Footballers made another piece of history on Saturday securing a spot in the All Ireland Junior A Football final.

Colaiste Dun Iascaigh’s Junior Ladies Footballers made another piece of history on Saturday securing a spot in the All Ireland Junior A Football final.

Having already secured a place in the Senior A ALL Ireland Final the weekend before and already crowned All Ireland Junior camogie champions, it’s been a hectic schedule for the girls who have risen to the occasion each time.

This time round the opposition was Glenamaddy C.S. Galway who despite been favourites going into the game couldn’t curb the CDI’s forwards in the opening half with the Cahir girls winning 8-9 to 3-2.

While Glenamaddy did score 1-1 in reply it was to be their only scores of the first half such was the dominance of Aoife Corcoran at centre back and Rachel O’Donnell at full back. Fiona Burke continues to impress at half back and had a storming performance throughout the game. Further goals from Roisin Howard and Caoimhe Condon saw a commanding half time lead of 5-6 to 1-1.

Despite the tough weather conditions the second half saw a similar trend to the first half. Glenamaddy’s running game could not get past CDI’s defensive line and their defence had great difficulty containing CDI’s forwards. When called upon Niamh Murphy in goal was cool under pressure and her kick outs were precise and always found a blue jersey. The constant movement of CDI’s forwards reaped 3-3 out of the half and capped a fine performance to secure that coveted place in the A All Ireland final. It’s a fantastic achievement by the girls to reach their third respective All Ireland Final this year. So it’s time to get out and support these fantastic individuals in the upcoming two weeks.