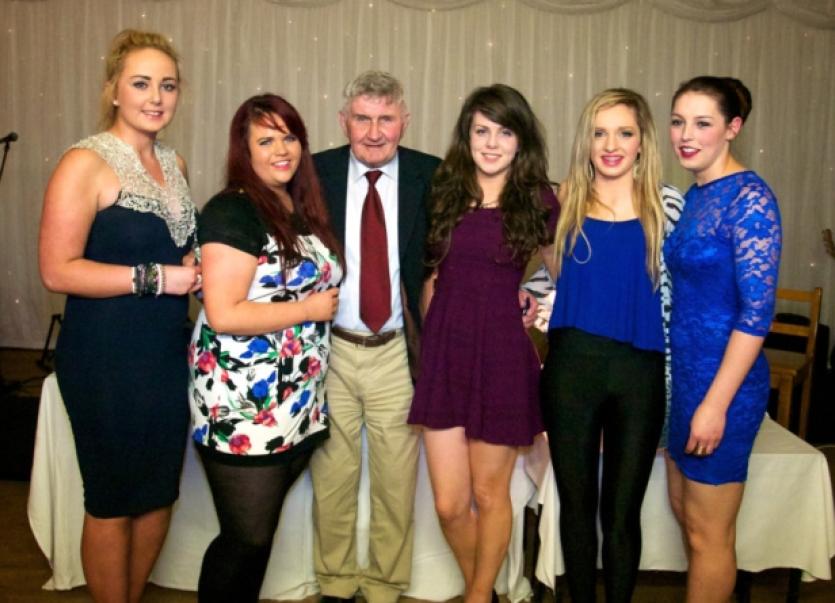 The famous Kerry gaelic football manager and former player Mick O’Dwyer visited Byrnes Tavern in Emly village on Saturday night to present medals to the Emly GAA club and ladies football teams for their success over the last three years.

The famous Kerry gaelic football manager and former player Mick O’Dwyer visited Byrnes Tavern in Emly village on Saturday night to present medals to the Emly GAA club and ladies football teams for their success over the last three years.

In 2013 Emly GAA won the county hurling and football league and the minor A championship West. In 2010 they won the West Junior A title and in 2009, the U21 West C championship.

As the special guest of the evening, seventy-seven year old Mick spoke to a packed hall of Emly GAA players and families about the highlight of his career and the importance of working hard. “At our most successful time we were training seven days a week and soon that hard work pays off. You have to be focused; everything else comes second to your training and in the lead up to the big matches you eat, breathe and sleep the game.”

A special presentation was made to Mary Condon who won an All-Ireland forty years ago and the players from the club’s wins in 2009 and 2010 were also honoured. MC Seamus Walsh asked Mick if would consider coming out of retirement and the crowd were delighted when he said he may return to Emly later in the year to give some advice. “I’d be happy to give a bit of advice from time to time if anyone wants it but I won’t be managing again,” said Mick. ”That’s behind me now but maybe I’ll come up later in the year to visit you and give some coaching.”

Chairperson John McGrath thanked everyone for coming and for making the night a success. “I’m delighted with the turnout and hopefully we’ll have more victory presentations like this in the future. It was great to have a legend like Mick here to talk to us and present medals and on behalf of the club I’d like to thank Mick, Byrnes Tavern for hosting the event and every one who helped make tonight such a great occasion.”