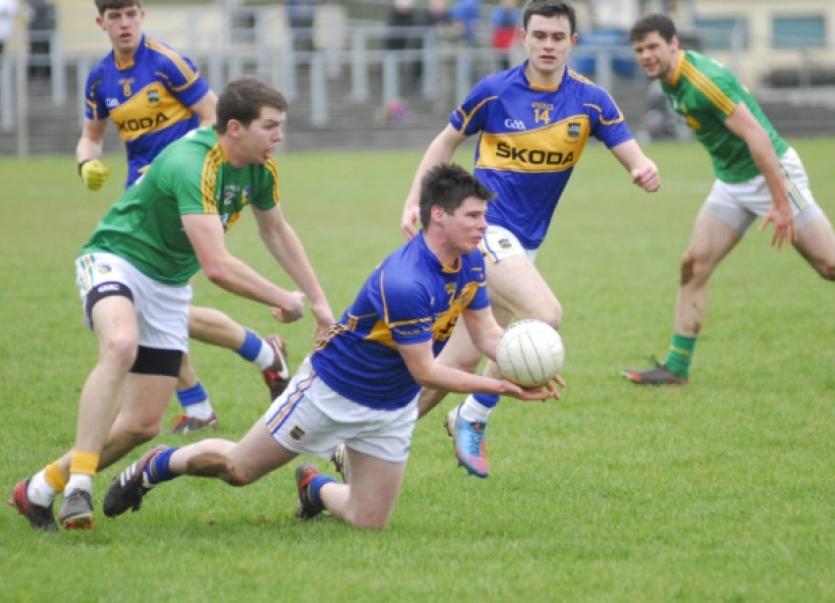 As players and the small band of dedicated Tipperary football fans celebrated after the final whistle on the field, a satisfied Peter Creedon was happy that promotion to Division 3 had been secured.

As players and the small band of dedicated Tipperary football fans celebrated after the final whistle on the field, a satisfied Peter Creedon was happy that promotion to Division 3 had been secured.

“We got a win and we’re delighted with that,” said Peter. “Promotion secured and that was one of our big, big goals at the start of the year. We expected a big game from Leitrim and we got that for most parts.”

Tipperary’s scoring prowess attracted the attention of Leitrim fans and Peter agreed that it is a great attribute - “It is (a good total) considering we’re missing Barry Grogan who is probably our top scorer in the last couple of games. We have that knack of getting a lot of goals in this Division so whether we can keep that going, I don’t know.”

And he agreed that the black card may have benefitted Tipperary’s forwards - “You can’t check the off-the-ball running any more and if you can get guys up in support, they’re good footballers in their own right.”

Despite a 15 point winning margin, the Tipperary boss did not underestimate the challenge posed by Leitrim - “Every game in this Division has been tough and Leitrim’s spirit was very good in the last half hour, they kept going and they kicked some fine scores.

As for the rest of the League, Peter aims to keep the winning run going - “Big game next weekend so we want to drive on to the League Final in Croke Park. I like winning every game we play so we’ll go at it, we’ll obviously let the U21 lads off to concentrate on the U21 Final against Cork.

“We have to be honest for the rest of the teams in the League as well. We’ve really been playing well this year, there is no point in us saying otherwise, we had a bit of a wobble against Waterford but we’re racking up big scores.”

And the Tipperary manager paid tribute to his players for their achievement - “I think this is only the third time Tipperary have got promotion in the League so nothing is easy.

“Mickey McGeehin has done great work with them on the training field and the players have been very disciplined off the field, obviously the few young lads coming in has freshened things up. They’re good young lads and while they might have found the physicality at times difficult, they are getting better with every game. We’re still a work in progress.”