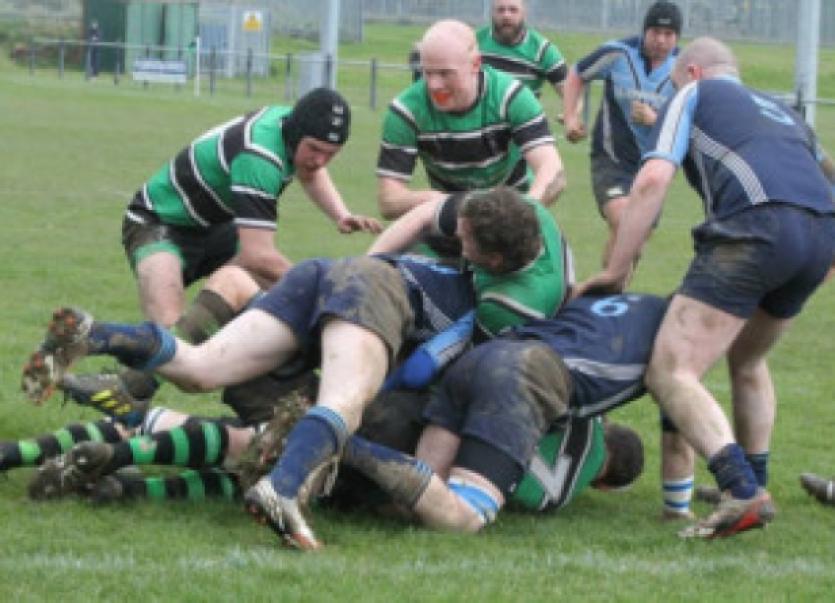 In favourable rugby playing conditions the home side took the spoils 15-0.

Cooney Cooney put in a strong personal performance and accounted for all the Clonmel scores, with the fifteen points all coming from penalties.

Our 2nd XV were due to play Waterpark at home last Sunday last but poor conditions following heavy overnight rain prevented this fixture going ahead. The game will be rescheduled.

Clanwilliam under 18s had a comprehensive win over Thurles in the semi-final of the East Munster cup at Clanwilliam park on Sunday.

Clanwilliam started the game at a high tempo and had their first try from Gavin Hickey after five minutes. Clanwilliam continued to put pressure on Thurles but Thurles competed well and it was twenty minutes before Darragh Burke broke on the blind side to score in the corner.

This was followed quickly by Dylan Buckley scoring after a Darragh Crowe chip ahead.

Shortly before half time Clan went 22-nil ahead when Conor Lucy scored and Niall Leahy converted.

Thurles were a more determined team after half-time but the excellent tackling of Clanwilliam never gave the Thurles back line any chance to use the ball that came their way.

Fifteen minutes into the half Darragh Crowe got over the line after good work by the forwards. Five minutes after this John Hickey was on the score-sheet with a try.

Clanwilliam were dominating at this stage and two great individual tries by Andy Cummins and Philip Roche completed the scoring. Niall Leahy kicked all the conversions in the second half with the final score 50-0. This win qualifies Clanwilliam for the final on Sunday April 13.