Aherlow Gaels too strong for Fethard 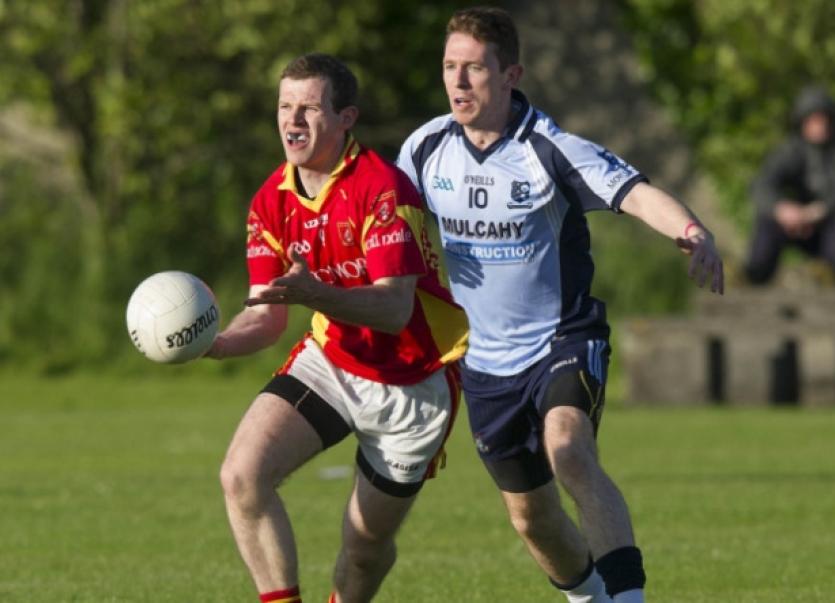 Aherlow Gaels were too strong for a Fethard team that showed a lot of new faces from 2013 in this County Senior Football Championship match played in Cashel on Wednesday evening last.

Aherlow Gaels were too strong for a Fethard team that showed a lot of new faces from 2013 in this County Senior Football Championship match played in Cashel on Wednesday evening last.

Fethard were also missing 3 players who are doing exams. With Thomas Hennessy, Seamus and Barry Grogan, Frankie Leonard and Cathal Dillon all on form and scoring almost at will, Aherlow led at the interval by 0-11 to 0-3 before running out comfortable winners by 0-19 to 0-9.

After the first quarter it was 0-5 to 0-1 with points for Aherlow from Barry Grogan 0-2 (1 free), Brendan Hanley, Thomas O’Donoghue and Frankie Leonard, with Fethard’s lone point coming from a free by Carl Maher. In a fast flowing game Aherlow continued to pick off scores with Barry Grogan (0-2 frees), Seamus Grogan (0-2), Frankie Leonard and Mark Russell adding points, while Fethard replied with two points from frees by Cathal Hurley.

After the interval Aherlow added another three points in as many minutes from Frankie Leonard, Laurence Coskeran and Cathal Dillon, before Fethard got a run of scores from Cathal Hurley. However Aherlow were soon back in control with further points from Laurence Coskeran, Cathal Dillon and a fine effort after a great run by Sean Mullins and they were never troubled in the remaining minutes.

This was a good workout for Aherlow, with all six forwards scoring. They will qualify from their group as winners while Fethard will face a struggle to avoid relegation.