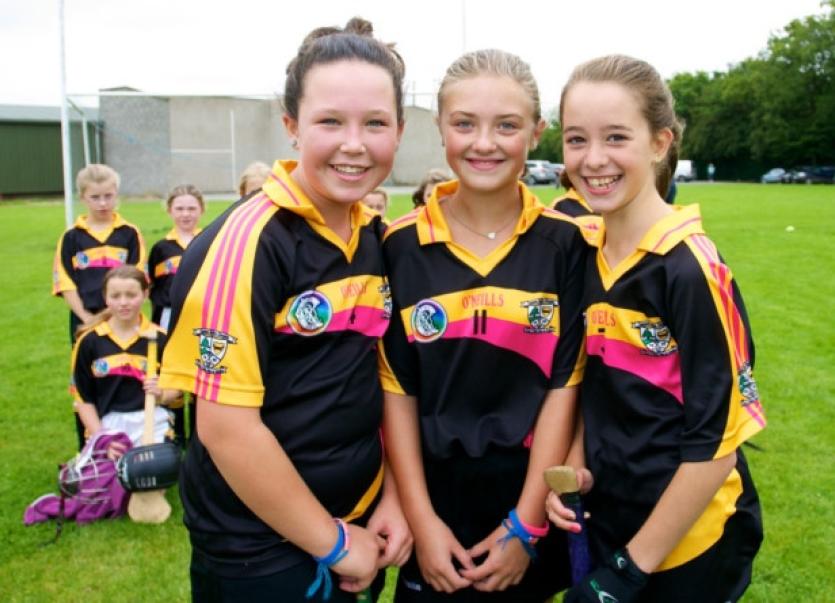 Nineteen U10 and U8 teams representing clubs from North, South, Mid and West flew their flags and banners high, bringing the West Tipperary village to a standstill, as they marched behind lone piper Tadgh Ryan down Station Road and around Kickham Park in a colourful parade.

Officially opening the games, Chairman of the host club Kevin McCarthy thanked all the clubs for travelling and wished them all well in their endeavours on the day.

The two finalists in the Cup were Shannon Rovers and St. Cronan’s of Roscrea. Both teams had been undefeated in their respective Groups. Shannon Rovers beat Cashel in their Quarter Final and Moyle Rovers in their Semi.

St. Cronan’s defeated Brian Boru’s in their Quarter Finals and Moycarkey/Borris in the semi on their path to the Final. No strangers to each other the Cup Final was a tense and tightly contested affair, however Shannon Rovers held their nerve and by the narrowest of margins over came St. Cronan’s by five scores to four.

In the Shield Final local rivals Eire Og Annacarty and the home side Knockavilla/Donaskeigh Kickhams lined out against each other in another tensely fought battle with Kickhams emerging the victors.

Also on the day there was an U8’s Mini Blitz with Cashel, Annacarty and Kickhams participating. The girls put on a fine display of ground hurling and showed that the future is bright for Camogie in the county.

The Knockavilla/Donaskeigh Kickhams Camogie Club would like to thank and pay tribute to all those who contributed in any way to making this special day such a huge success. Over €500 was raised from our tea room in aid of South Tipperary Hospice, “Thanks to all”.