Cork were poor - but let’s not take from Tipp 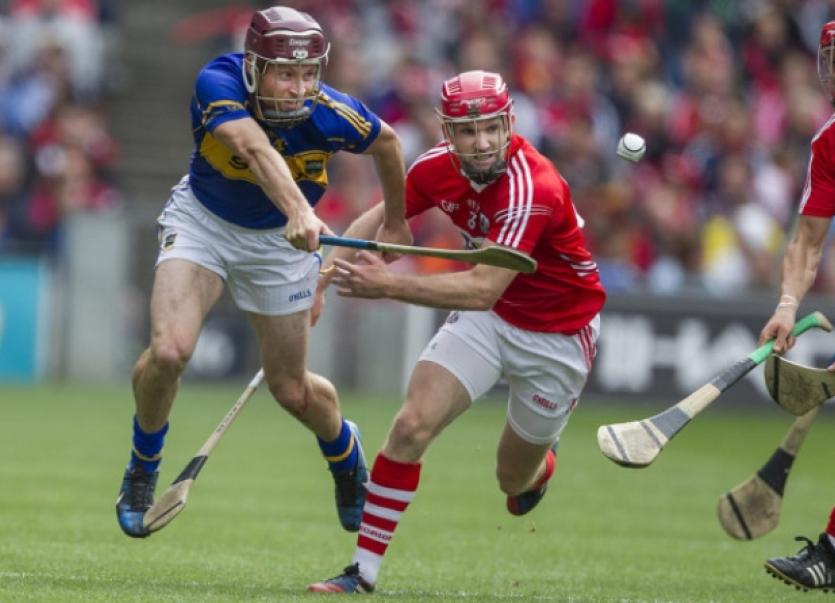 Forget the previews, this was a game that fashioned its own unique script. The fifty-fifty tag was inappropriate as impressive Tipperary dispatched insipid Cork.

Forget the previews, this was a game that fashioned its own unique script. The fifty-fifty tag was inappropriate as impressive Tipperary dispatched insipid Cork.

Not since far off 1965 have Tipperary enjoyed a bigger margin over the old foe. Almost fifty years ago the gap was eighteen points during Tipp’s golden reign. Since then our wins have been more modest – and rationed.

I can’t immediately recall a previous occasion against Cork where we could empty the bench in the final tense-less minutes. Such was the luxury enjoyed by Eamon O’Shea and colleagues on Sunday as this game petered out with Cork fans on their way to the exits and Tipperary en route to another final meeting with Kilkenny. Even the TV producers felt the need to liven things up near the end with a teasing shot of Mr. Cody in the stand.

Cork’s failings cannot be ignored in any analysis of this game but for the moment let’s focus on Tipperary’s excellence. We worried about the defence – needlessly. Mickey Cahill couldn’t displace any of the six in possession and as this game progressed you could see why.

As a unit the defence was outstanding. Alan Cadogan got space for the opening point but thereafter Cork floundered.

Paudie Maher (inset) won the individual award after another swashbuckling display which surely cements his role as an inspiring half back. But the other five weren’t far behind, especially Cathal Barrett and Brendan Maher. James Barry too turned in another commanding display on the edge of the ‘square’ and Stapleton and Bergin completed a formation that restricted Cork to two Lehane points from second half play before that late consolation goal. So much for the expected shoot-out!

Of course goalie, Darren Gleeson, played a major role too, one that has been amply highlighted since the game. Portroe’s answer to Brendan Cummins has found acceptance difficult to earn among the Tipperary following. The lack of a quality save or two was more a factor than any major blunder, so the doubters persisted. Sunday should have changed all that. You had the saves in the second half – and then of course you had the puck-outs.

Gleeson’s pin-point accuracy in the first half especially was amazing. The ultimate praise came from Donal Og on Sunday night, which was high praise indeed since it came from a past master in the art. The fact that Cork were stand-offish doesn’t detract from the quality of Gleeson’s dispatches.

Watching Gleeson on Sunday I was reminded once again of the late and loved Con Houlihan. Back at a time when goalies simply banged puck-outs as far downfield as possible, Con was suggesting that placing the delivery was far more important that maximising distance. It would be a few decades before Cork introduced the notion of a short puck-out to the hurling world and now it’s commonplace. Con was always insightful and prescient in his analysis of field sports.

In advance of the game most analysts gave Cork the midfield edge through Daniel Kearney and Aidan Walsh. Yet once again expectations collapsed. It was Woodlock and McGrath who ran the show, complementing their normal duties with a smashing six points shared from play.

Attacking honours went to Seamus Callanan for his headline grabbing 2-4, the goals superbly struck, but ‘Bubbles’ six points were standout features also, as was ‘Bonner’s’ typical workhorse input. Things were quieter from Lar, and Gearoid Ryan too found it difficult to impact, though Noel McGrath improved as the game progressed; he scored two but in recent games is sending untypical wides. O’Shea was frank enough afterwards to admit that some aspects of the attack were disappointing so obviously there’s more to do ahead of September 7.

All of that Tipp excellence must be measured against an utterly inept display from Cork. You’ll have the retrospective analysts now telling you that they knew all along that Cork were feckless and would be found out by Tipperary. Yet the known evidence didn’t point to any such eventuality. They’d gone tantalisingly close to honours last year, had supplemented the side since then and were coming in off the back of a Munster title win. They might lose to Tipperary, for sure, but nobody could have foreseen such a dismal showing by the rebels.

And that Cork collapse will surely baffle our southern neighbours over the coming winter months. How to rationalise such a second rate performance against the high expectations that preceded the game is the issue that JBM and company will have to grapple with. Was it simply an off-day or reflective of a deeper malaise at the heart of Cork hurling?

Donal Og will have added spice to the debate with his trenchant views on Sunday night. There is this mushroom theory about Cork hurling, one that suggests that even if the underage trail has run dry they’ll still divine enough individual talent overnight to backbone a county team. The emergence of Seamus Harnedy from little-known St. Ita’s was often cited in support of the argument. However, it’s a view that’s looking decidedly shaky this week.

Anyway that’s for Cork to solve. Our immediate interest is another All Ireland tilt at Kilkenny and the chance to finally slay that particular dragon.

It’s great to be back in another final to enjoy all the razzmatazz of the build up as the hopes of a county gather steam once again. It’s been a rocky road through those dark days in the early rounds of the league and the darker day of championship defeat to Limerick, but the tide finally turned in the final phase against Galway and now the hurling world is looking once more to Tipperary as the one county which can halt Kilkenny’s dominance.

Last Sunday was memorable but it’s as well to be coldly pragmatic about these things rather than getting carried away, which is sometimes a trait of this county. Tipperary did the deed last week and did it with some aplomb but it was against a faltering opposition. Kilkenny will offer a different puzzle in three weeks time, one we’ll enjoy anticipating.

In the meantime the whole county faces a nervous weekend ahead as the four divisions put on their senior hurling semi-finals. Remaining midweek games in the county championship have been postponed but the divisional fixtures will go on.

It’s a decision that will, no doubt, stir debate, even controversy. Protecting All Ireland players from injury is the only priority for some, but the counter argument concerns an extensive fixture list, which has still to be processed in order to complete the domestic championship in time for Munster deadlines. It’s the ongoing debate of club versus county. In our case the convoluted senior championship structure doesn’t help.

Anyway, the Mid puts on its pair of semis at Templemore on Sunday, Loughmore v. Upperchurch and Sarsfields v. Drom. They’ll clash with the North semis at Nenagh where Burgess face Kilruane and Borrisoleigh play Nenagh Eire Og. West and South have divided their games between Saturday and Sunday. In the West, Cappawhite face reigning champions, Eire Og Annacarty, on Saturday evening at Dundrum while Clonoulty play Kickhams on Sunday evening at Cashel. The South have champions, Killenaule, facing Ballingarry on Saturday at Clonmel; on Sunday, Swans and Mullinahone face off at the same venue. No shortage of attractions there and here’s hoping that all county men come through unscathed.