Tipp footballers open year with visit of Cork to Clonmel 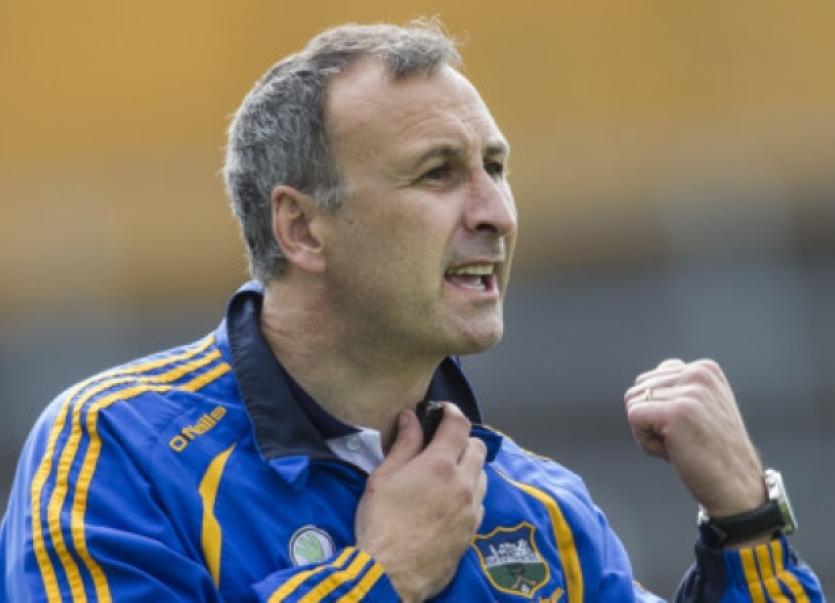 Tipperary senior footballers get their 2015 programme up and running on Sunday next with a McGrath Cup quarter-final clash v Cork in Clonmel.

Tipperary senior footballers get their 2015 programme up and running on Sunday next with a McGrath Cup quarter-final clash v Cork in Clonmel.

Having boycotted the competition 12 months ago in protest at the Munster Council’s championship seeding criteria, Tipp have a very stiff re-introduction against holders Cork who annihilated Mary Immaculate College in the opening round mismatch last Sunday by 7-20 to 0-4.

Preparations for the new season haven’t been helped at all by the delayed county senior football final which only concluded eventually on St. Stephen’s Day at Cashel with Loughmore/Castleiney’s replay victory over Cahir.

Tipperary manager  Peter Creedon, who begins his third full campaign since succeeding John Evans said “we haven’t had a full training session as of yet due to the county championship going on so long and when we needed to be getting back to it there were still up to 12 teams involved in the county championship. But we are where we are now.”

He went on to add that “even this weekend there are still under 21 club games going on which take from our preparations. At times it is like trying to prepare with one hand tied behind your back.”

Peter was delighted to have the same backroom team again this year with Michael McGeehan as coach and selectors Tommy Toomey, Michael O’Loughlin and Eoghan Cooney, plus the welcome addition of Noel Flynn who will have a special responsibility for conditioning and also coming on board for 2015 will be nutritionist Sharon Madigan.

Engaging the old maxim of “if it’s not broken don’t fix it,” Tipperary have retained the services of Paddy Codd as captain and Robbie Kiely as vice-captain for the coming year. Killenaule man Codd had the very rare honour for a Tipperary senior football captain when he lifted the National Football League Division Four cup in Croke Park last April when Tipp defeated Clare in the final by 1-16 to 1-15.

With promotion to Division 3 for this year, obviously the crossbar has been raised higher and Tipp will have to try and respond to that.

Peter Creedon is well aware of all that lies ahead but added “we will adopt the exact same approach as last year, we will go out and take every game on its merit and try and win every game and see where that takes us.”

Looking beyond Sunday’s clash and to the commencement of the League itself on the first Sunday of February when Tipp travel north to play Armagh in the Athletic Grounds, Peter added.

“Armagh are a very serious side and one has only to look at last year’s championship results to see that. They beat Tyrone in the qualifiers and perhaps should have beaten Donegal too, when losing by a point. It’s an away game for us but in a way it’s a nice one to start with.”

Tipperary’s first home game will be in Thurles on Sunday, 8th February against Limerick whom they defeated in last year’s Munster championship, Tipp’s first championship win in 11 years.

Looking at the comings-and-goings to the panel this year, Peter went on to thank the likes of Paul Fitzgerald, the long-standing keeper who retired at the end of last year’s championship, and to the Coghlan brothers, John and Hugh, and Lorcan Egan of J.K. Brackens who won’t be available this year. But on the positive side he went on to mention that the likes of Seamus Kennedy, Colin O’Riordan (an All-Star nominee in 2014)and Steven O’Brien will be committing full-time to football this year, plus the likes of Liam Casey (Cahir) and Ross Mulcahy (Moyle Rovers) who are great talents to have on board for the future.

One difference this year compared to last will be the amalgamation of the under 21/senior panel in to one super-sized outfit.

Team selector Michael O’Loughlin explained “there is an overlap of 10-11 players on both panels this year so it made sense to keep them together and Tommy Toomey is the main man this year for our under 21s.”

Michael added that “preparations this year are way behind due to the county championship being delayed so long. We are up to six weeks behind compared to last year when we were in a better place in terms of fitness.”

“But we are looking forward to the McGrath Cup challenge as there is never anything like playing a competitive match and experimenting with different players that we want to have a better look at. The Hastings Cup game v Kildare (under 21 competition) and the McGrath Cup game against Cork will give us that chance to get a closer look.”

Looking further ahead at the National League fixtures, Michael went on to say that “by all accounts Armagh are up to a serious pace already. They have been training four nights a week since November and also have been doing some early morning work.”

After the great year for Tipperary football that was 2014, Michael outlined that the priority for the coming year was to maintain and build on that momentum. “We want to be as competitive as we can be in the League. We want to hold and consolidate our position in Division 3. It took us two years to get out of Division Four, and it wasn’t easy, so we will be determined to at least hold our own in the higher division.”

When summer comes Tipp will open their campaign in the Munster championship with a home game against Waterford. The reward for the winners, a home tie v All-Ireland champions Kerry. Exciting times ahead. Hopefully.