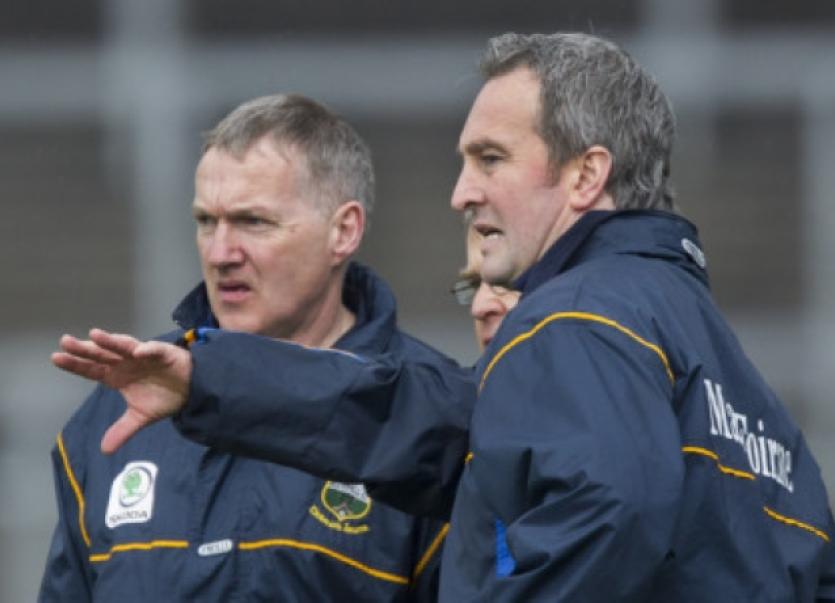 Barry has already gone under the knife to cure a hip problem and Cahill is awaiting surgery, which is hoped will take place this month.

All going to plan, Ryan’s Upperchurch-Drombane clubmate Barry will return to training in March but Cahill’s timeline will see the Thurles Sarsfields stalwart miss out on the vast majority of the Allianz Hurling League campaign, if not all of it.

Ryan relayed the injury bulletin after the Tipperary squad returned home from a pre-season holiday to Dubai early on Monday morning.

In the meantime, a number of other players who have been drafted into the set-up continued with their strength and conditioning programmes ahead of the new season, as selector Declan Fanning oversaw a hurling wall session at Dr. Morris Park last week.

There’s a feeling of evolution in the air as champions Tipp prepare for their opening Waterford Crystal Cup fixture against Mary Immaculate College from Limerick on Friday evening, before Wexford visit Leahy Park next Sunday for a challenge match to raise funds for the St John the Baptist boys national school in Cashel.

There’s a welcome return to the panel for Loughmore-Castleiney’s John Meagher, who captured a county SFC medal on St Stephen’s Day.

Promising corner back Meagher has endured a torrid time with injuries but team management are confident that his problems may finally be behind him.

From last year’s extended panel, Michael Breen and Bill Maher, the former dual All-Ireland minor medallist who captained the hurlers to All-Ireland glory in 2012, have also been included.

In addition, there are five newcomers, namely David Butler from Drom & Inch, Liam Treacy and John McGrath (younger brother of Noel and man of the match in the county SFC final replay) of Loughmore-Castleiney, Sean Maher from Clonoulty-Rossmore and Killenaule’s Joe O’Dwyer, a first cousin of All Star John ‘Bubbles’ O’Dwyer.

Ryan also confirmed that the Tipperary players are “in very good nick” ahead of the 2015 season, when the Premier County will look to go one step further following last September’s All-Ireland final replay heartbreak against Kilkenny.

Ryan, who will take over as team manager from Eamon O’Shea for the 2016 campaign, said: “I was remarking to the guys how very strong they looked in the gym session, the first gym session we did on Tuesday (in Dubai).

“The collective looked to be two inches bigger on their arms.

“They just looked bigger men. That’s to be expected to be fair. It’s been primarily gym work they’ve been doing whereas in September it was all field work. Therefore they wouldn’t carry that level of bulk but they looked strong, mature men.

“I did remark to Eamon and Paudie (O’Neill) that Jesus, these boys are serious.

“Hopefully we’ll see the fruition of that.”

Ryan confirmed the injuries to Barry and Cahill, which will result in some defensive experimentation throughout the League campaign.

Barry made the full-back position his own in 2014 and while Cahill finished the campaign as a substitute, he would be expected to challenge desperately hard to regain a regular starting slot.

Ryan said: “Mickey Cahill still scheduled to have surgery on a hip, the plan is that will take place this month.

“Getting an appointment for him is difficult.

“We would have liked to have had it done in December but it didn’t happen for us.

“James Barry had surgery on his hip. He’s rehabilitating now.

“The plan with James is to have him back training in March.

“That’s on the basis that you don’t get a setback or anything like that. “These guys are mature.

“They will do their rehab well and that’s the secret of it, not to do too much. “That’s worse than doing too little.

“Mickey’s is a little bit more difficult in that he’s losing more time.

“He’s still away from the surgery but it’s the right thing for him.

“He’s a light fella, he puts on no weight so he’d be in great shape again in four-six weeks.”

Tipp will begin the new campaign without a couple of familiar faces following the retirements of six-time All Star Eoin Kelly and John O’Brien, who both won All-Ireland SHC medals in 2001 and 2010.

But with Ryan promising that the Tipp panel will remain very much open-ended, competition for squad places and on the starting 15 will remain as strong as ever.

He explained: “Those are the guys we have chosen.

“But there’s plenty of room on this panel and our aim for this year is to be really, really competitive.

“And it’s the guys who had the jerseys last year who will feel the greatest competition.

“It’s got to be competitive, it’s got to be cut and thrust and everyone’s got to have a chance because if they don’t have that chance, what is the point?

“We need to kick that net out as wide as we possibly can and that’s the intention.”

Tipp will have to negotiate the Waterford Crystal Cup campaign, and presumably the early rounds of the Allianz League, without a number of players committed to third level colleges, including Kieran Bergin, Tom Stapleton, 2014 Young Hurler of the Year Cathal Barrett, Meagher, Breen, Liam McGrath and Ronan Maher.