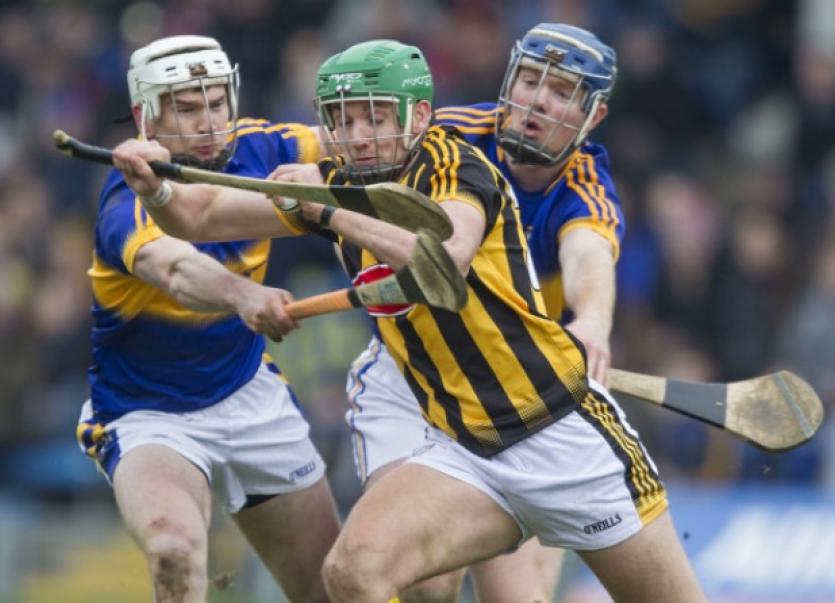 Thankfully the Ides of March curse didn’t fall. A new kit for the players – complete with the restored gold hoop - and a new experience for players and fans alike as we hit Kilkenny for a dozen. When has that happened in the past?

Thankfully the Ides of March curse didn’t fall. A new kit for the players – complete with the restored gold hoop - and a new experience for players and fans alike as we hit Kilkenny for a dozen. When has that happened in the past?

The uninitiated might be puzzled by Tipperary’s glee at this outcome. A routine league game in March is hardly an occasion to get carried away with - even a twelve-point verdict over an old adversary. However, context is everything. In this particular rivalry Tipperary has been living on a diet of humble pie. The stats underline our subjugation: just three league wins from our last ten engagements – and let’s not even reference the championship record.

Tipperary’s delight then was understandable even if a large asterisk has to be inserted by way of qualification, something Eamon O’Shea wisely addressed in the aftermath.

It began disastrously. A point attempt from Walter Walsh rebounds off the post and falls conveniently for Jonjo Farrell to finish probably the fastest goal in the league. It was a luckless opening and stirred instant dread that the Ides of March would once more see us undone.

But the team was suitably fired for the occasion and the response was rapid. Paudie Maher characteristically led the retort with a booming opening point and soon Callanan had hit another goal against Kilkenny. Niall O’Meara planted the delivery conveniently in front of the full forward and his turn and strike was textbook in its quality.

The psychological importance of this match for Tipperary was widely recognised in advance and the team was definitely revved up for the job. They attacked the game with an intensity and physicality which was heartwarming. The aerial ball seemed to be targeted particularly and there was a real sting in some of the pulling. Ronan Maher seemed to be a target for the Kilkenny puck-outs and he wasn’t holding back when collecting a yellow for one overhead whammy.

But it was the slick, crisp, one-touch hurling that really delighted in that first half. Some of the point taking was on a par with the drawn All Ireland last September, almost exhibitionary in its nature. The range of scorers too was impressive as KIlkenny, by contrast, relied on Ritchie Hogan to keep them someway in touch.

In the midst of all this some scores stand out as extra special. Twenty five minutes into the contest Noel McGrath drifted out to midfield where a rattling tackle left Ritchie Hogan on the seat of his pants. In a twinkling McGrath had lifted possession, shimmied an opponent and a flick of the wrists sent the white flag waving. I immediately recalled a McGrath tackle on Tommy Walsh early in the 2010 All Ireland. The fire has returned.

The first half wasn’t without its casualties. Paul Curran was unfortunate when getting entangled with O’Mahony as they scampered to prevent a KIlkenny goal. Watching the Mullinahone man being stretchered off left one wondering if his brave attempt at one last fling in 2015 has come unstuck.

Seven-up at the break was, as they say, sweet but not intoxicating – certainly not intoxicating if Kilkenny could muster a counter-punch in the third quarter as they’d often done in the past. And in fairness there was a spell there where the major flow of play was towards Gleeson’s goal. If we’d leaked a major, or a run of points, the game’s trend would have been significantly altered. It didn’t happen, thanks to heroic defending and some uncharacteristic aimlessness on Kilkenny’s part. Only Jonjo Farrell threatened trouble but we must always remember that this was an attack without a Fennelly or Reid or Larkin, or Shefflin. It shows that Cody’s supplementary material is some way short of the proven personnel.

It was a strange enough third quarter with few scores and the standard had dipped from first half quality as you expect at this time of year. Eventually our second goal sealed the deal with about a quarter of the match still to play. Callanan took on Paul Murphy and while the defender got back admirably the full forward got the crucial flick across to Niall O’Meara who made no mistake. Thereafter the occasion fizzled out with Tipp holding firm and goal chances going awry at both ends.

Individually Paudie Maher was probably our stand-out man on a day when the team unit was fantastic. The latitude afforded Ritchie Hogan in the first half was problematic and we shouldn’t have been surprised by it given events last September. Against Kilkenny’s best individual you always need a shadowing opponent with Maher holding the ‘forty’ instead of man marking.

Our defensive end in general was outstanding, conceding just 1-6 from play over the seventy-plus minutes. Cathal Barrett seems to revel in these occasions with another vimful - even cheeky - performance. His ‘hit’ on Walter Walsh late in the game lifted the entire stadium though most other referees would have awarded a free against him.

Elsewhere Michael Breen continued his recent impact whether at midfield or half back, Ronan Maher continues to develop, Conor O’Brien settled admirably after a shaky introduction and what of Conor O’Mahony? The Newport man is certainly staking a strong claim for a first-fifteen role even if his centre back days are over.

Kieran Bergin and James Woodlock rattled into the contest commendably at midfield and in attack there was lots to admire too from the likes of ‘Bubbles’, Noel McGrath, Callanan and Niall O’Meara, the latter back to the form of this time last year. Jason Forde had a quieter day before giving way to Shane McGrath.

What of Brendan Maher and his role at half forward? The debate is raging. There must have been a temptation to pull him back to cover Ritchie Hogan in that first half but the management stuck with their plans. His input wasn’t eye-catching in the way that ‘Bubbles’ and company can mesmerise with a flick of the wrists but his hard grafting at the coalface can’t be ignored. Will any centre back dominate him? With ‘Bonner’ to return the pair would certainly give you a hard edge that was previously lacking in this zone. Given the defensive options we have at the moment I suspect we’ll be staying with this particular experiment even if there’s yet no conclusive outcome to the debate.

Finally back to my question in the opening paragraph: when did we last hit Kilkenny for such a margin? Well it was way back in 1966 at Nenagh when the end figures read 4-11 to 2-5, an identical twelve point margin. Prior to that we again had twelve to spare at Croke Park in 1954 and at Kilkenny in ’31. The heaviest league defeat, however, that we ever inflicted on them was back in 1927, again at Kilkenny, when the gap was seventeen points.

As ever the stats come courtesy of the SOD encyclopedia. And the man with the stats offers a cautionary word; we last had twelve points on KK in ’66 but they went on to win out that league. They can’t apparently win the present one but Tipperary is well advised to take this game in its context. A slightly depleted Tipperary sailed past a heavily depleted Kilkenny in a March league round – no more or less.

The results from last weekend now mean that Tipperary, like Cork, is safely through to the quarter-finals. Next weekend’s fixture down Leeside then is a ‘dead rubber’ with quarter-final pairings the only issue at stake. It’s a comfortable position to be in, unlike last season, though for all that I suspect the management would like to maintain momentum. Our last visit to Pairc Ui Rinn was an embarrassing one; no repeat please.

From Cork’s perspective they certainly have a motive to push ahead against Tipperary given events last year. They’ll want atonement similar to Tipperary’s desire last Sunday so that incentive might be the difference. Anyway let’s try to maintain momentum even if winning is not an absolute essential this time.