Tipp and Clare clash at Semple this evening 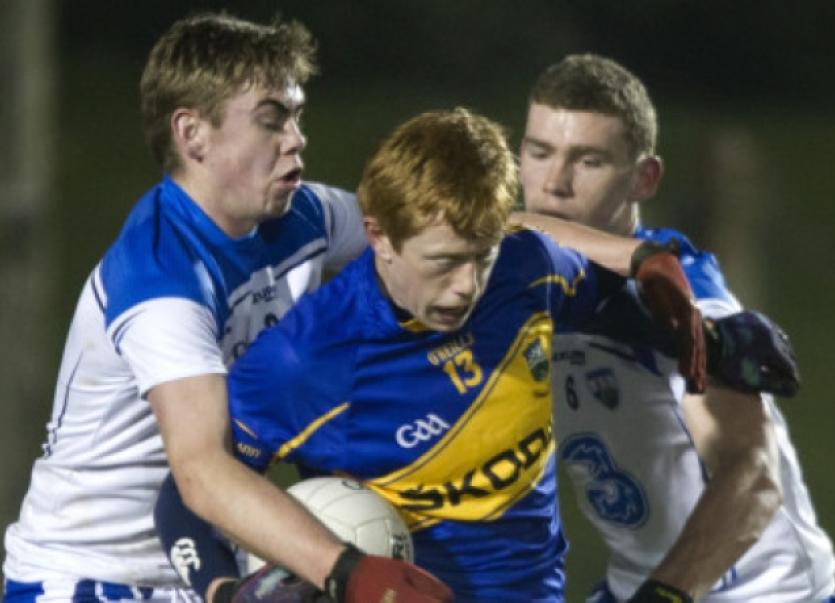 Tipp under 21 footballers  begin their Munster champ- ionship campaign this evening (Wednesday) with a home game against Clare in Thurles.

Tipp under 21 footballers  begin their Munster champ- ionship campaign this evening (Wednesday) with a home game against Clare in Thurles.

With the advantage of Semple Stadium, the Premier County will be hoping for a win to take them to their seventh final in nine years – the team of 2010, captained by Ciarán McDonald, still Tipp’s only  ever success in the province.

“Clare were very impressive and have two or three real good forwards. Martin O’Leary, one of their seniors, was very good on the night, while Keelan Sexton who started at full-forward before moving out the field is very accurate, scoring six points, three from frees. The other corner forward, Eimhin Courtney, also did well. They will get at our backs, there is no doubt,” added Tommy.

“Waterford were slow to start but got back to three points to two before they lost possession easily enough and the Clare midfielder Jamie Malone came through to fist the ball to the net. They led 1-4 to 0-2 at half-time and after starting the second half with three quick points Waterford became disjointed and Clare won easy enough in the end.”

Tommy went on to add that “their under 21s are tied in with their seniors and it is easy to see that in the way they play the same brand of football. They are a very compact team and have lots of quality, particularly in the forward line. They will pose a lot of problems for us on the night,” added Tommy who also fills a role as a senior selector in  Peter Creedon’s camp.

Regarding his own charges for tonight Tommy said “Yeah, Tipp look talented on paper but it doesn’t always work out like that. We have a good few back from last year’s under 21 side (they lost to Cork in the final) and a few additions from Charlie McGeever’s Munster minor final team of two years ago. But we have had a very fragmented time in training with so many other commitments. Steven O’Brien is only back after winning a Sigerson with DCU, Liam Casey, Colin O’Riordan and Jimmy Feehan were all involved in UCD’s Freshers win (football), while Josh Keane was involved in the UL Freshers win (hurling). And while we have been training more or less since 1st January, last Tuesday night was our first with a full panel, almost. We had a good workout against the seniors and we needed it,” stated Tommy,

The manager was also very complimentary of the Hastings Cup campaign at the beginning of 2015. “We got five games in it and we had three wins and two defeats. We beat Kildare, Longford and Laois and lost narrowly to Galway before losing by 10 points to Kerry in the Shield final. But the line of form coming from that competition is proving good now. Kildare and Longford have won in Leinster already; Laois gave Dublin a good run in their game; while Galway and Mayo are the big two in Connacht. We got some quality games in the Hastings and only for it we would honestly have struggled to get these games. As far as we are concerned it is a very good competition, he added.

Speaking prior to the weekend’s game Tommy was concerned with Sunday’s programme of games. “There is a lot of action at the weekend with senior hurlers and senior footballers both playing. We will be hoping all will come through and be available to us. John McGrath will play with the senior hurlers and Bill  Maher is involved with them also. And the senior footballers are playing Louth and we have a good few of the under 21 boys involved there. We will have to wait and see after that,” added Tommy, obviously hoping for a clean bill of health and a full panel to choose from to face ‘The Banner’ this evening.

Five under 21s started for the Tipp seniors v Clare in their Division 3 win at Semple Stadium on Sunday week last, Evan Comerford (goal), Colin O’Riordan and Steven O’Brien (midfield), Liam Casey and Ian Fahey (forwards). These players will be the backbone of Tipp’s challenge for Munster honours this year.

Adding in the survivors from last year’s provincial campaign, players of the calibre of Jimmy Feehan, John McGrath, Jason Lonergan, Josh Keane, Bill Maher, Ross Mulcahy, Kevin Fahey and Paul Shanahan, Tipp must have a good chance of repeating last year’s success against Clare at Hennessy Park, Miltown Malbay but nothing would want to be taken for granted. Each year stands on its own merits.

Tommy Toomey though is mindful of the big challenge ahead this evening. “If we play to our full ability on the night we have every chance of getting to the Munster final,” he concluded.

The other semi-final also goes ahead tonight at Páirc Uí Rinn and features Cork and Kerry; the Rebels having overcome Limerick in a high scoring semi-final last Wednesday at the Gaelic Grounds in Limerick by 5-8 to 2-12.