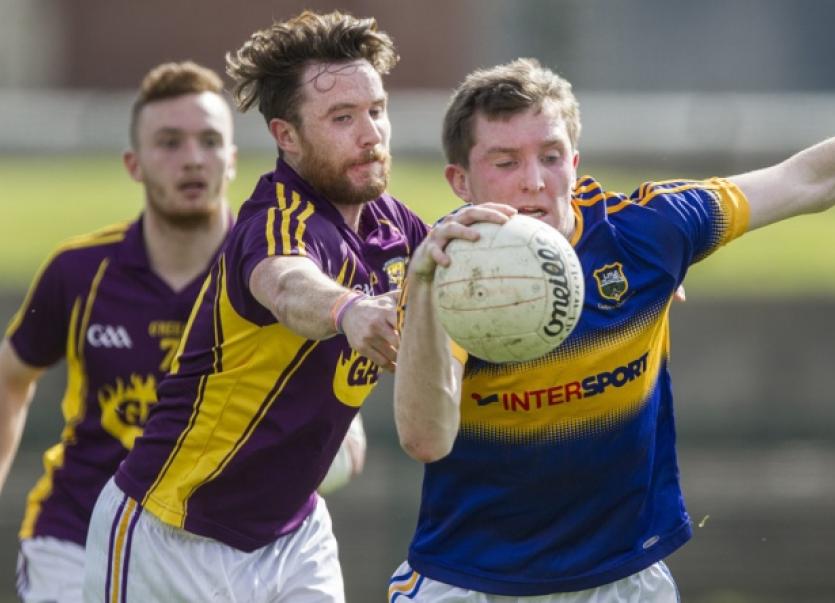 SEAMUS KENNEDY of Clonmel  Commercials will make his senior championship debut for Tipp on  Sunday next against Waterford, writes Jeddy Walsh.

SEAMUS KENNEDY of Clonmel  Commercials will make his senior championship debut for Tipp on  Sunday next against Waterford, writes Jeddy Walsh.

For the 22 year-old Mary Imm-aculate College student, Sunday’s game pits him against ‘neighbours children’ in The Nire, the O’Gorman brothers and Liam Lawlor, but the young trainee Irish and Maths teacher has no doubt where his heart lies.

“It’s always been Tipperary for me. I grew up in Newcastle and lived there for 11 or 12 years before the family moved to The Nire. I went to school in the Gael Scoil in Clonmel, always played with Commercials and St. Mary’s, that’s just the way it is. My grandfather (Seamus Wall) would have won a county medal with Clonmel Commercials in one of the three-in-a-row years in the Sixties and when I found that out, that was it,” added Seamus, who is on teaching practice in the Gaelcholáiste in  Clonmel for the past 12 months.

Seamus has been an integral cog in the very talented Commercials underage teams all the way up from under 12 to under 21, winning South and county titles at every grade along the way and culminating in a county  senior championship win in 2012.

Son of Terence Kennedy and Frances (nee Wall), Seamus’s family on his mother’s side are synonymous with The Nire and Waterford and, I put it to him, they would always have shouted for Waterford.

“Yeah, I suppose. Growing up it was going to Waterford ladies football matches that I got my first taste of it all. My mother Frances won an All-Ireland junior medal with Waterford but I never saw her play, but my aunt Aine was seriously successful with Ballymacarbry and Waterford teams, winning five senior All-Irelands and All-Stars. Michael Ryan was the man in charge then and he is now with St. Mary’s Hurling Club,” added Seamus.

A dual player, Seamus has represented club and county in both codes at minor and under 21 level. He was also a member of the never-to-be forgotten All-Ireland minor football winning team of 2011. He has represented Mary Immaculate in the Fitzgibbon Cup and even hurled against Tipperary for Mary I in the Waterford Crystal Cup earlier this year.

Seamus made his senior inter-county debut against Cork in Pairc Ui Rinn in the McGrath Cup in 2012, when just out of minor.

“I came away from it after that. Hurling would probably be my first love but I love football too, I love hurling as well. I really wanted to give the hurling a rattle so I stepped back from the senior football and concentrated on under 21 football and senior hurling, but it didn’t really work out for me, unfortunately,” he added.

Reflecting on Tipp’s league campaign this year Seamus added:“Probably the most disappointing game was the Fermanagh game, for me anyway, we didn’t perform. It was more disappointing than the Armagh game where we were two points up going in to injury-time. We should be winning those or at least getting something out of them. But hopefully it was a lesson learned for us,” he added.

Looking ahead to Sunday’s big game Seamus said “Traditionally Tipp have always struggled against Waterford at senior level. It will just tell us an awful lot as to where we are really at. We are going to have to be honest because Tom McGlinchey will have them seriously organised and you could see what he did with Cahir last year. Waterford will be tough to break down. We won’t be taking Waterford for granted, that’s one thing for sure,” concluded Seamus.