Acheson dominates as Moyle Rovers prove too strong for Ballyporeen 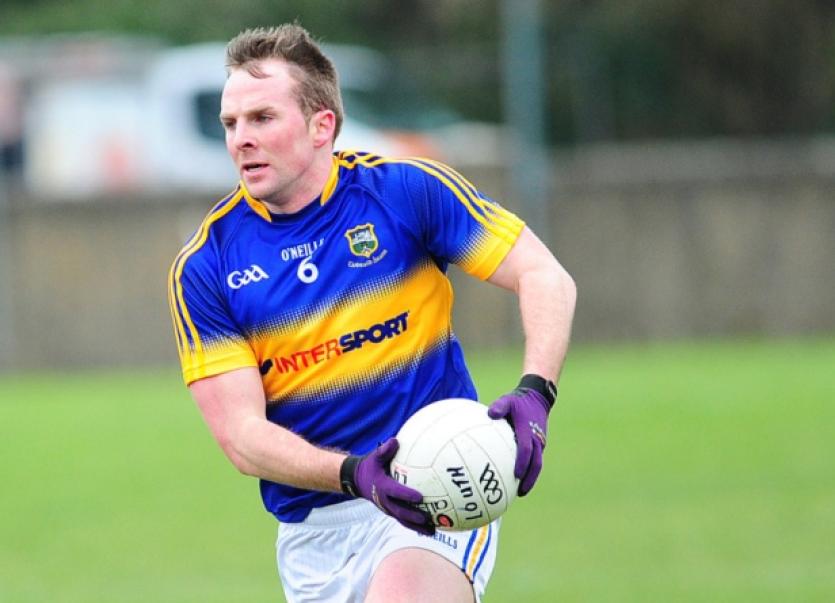 In a disappointingly one-sided County Senior Football Championship game at Cahir on Wednesday evening last, Moyle Rovers defeated Ballyporeen by all of 17 points.

In a disappointingly one-sided County Senior Football Championship game at Cahir on Wednesday evening last, Moyle Rovers defeated Ballyporeen by all of 17 points.

The result puts Moyle Rovers atop of Group 2 with four points from two starts and leaves Ballyporeen anchored at the bottom, pointless, from their two engagements.

For Ballyporeen, county intermediate champions in 2013, the signs are worrying now. Having lost their opening game by six points to last year’s county intermediate champions, Drom/Inch, their cause against Moyle Rovers wasn’t helped by the loss of some key players. And it turned out thus, they simply couldn’t afford the loss of key players like John Martin, William English and Boston-bound for summer, Fionan O’Sullivan and Eoin Morrissey, against a team of the calibre of Moyle Rovers.

Ballyporeen did enjoy an excellent start though with a super point from county star Conor Sweeney inside 30 seconds. They found themselves 1-1 to 0-1 up after four minutes. A move which involved Darragh Lyons a couple of times made room for Tommy Sweeney to run through the heart of the Rovers defence and his piledriver from 20 metres was unstoppable. It was the score of the game.

After that the Powerstown/ Moyle Rovers side took over and from there to half-time outscored the Ballyporeen boys by eight points to one.

With the Rovers’ diamond around midfield of Darragh O’Dwyer, Luke Boland, Stephen Quirke and Peter Acheson grabbing control, there was a plentiful supply of ball to the forwards. Corner-forward Liam Boland profited the most kicking six points before the break, four from frees as the Bally backs defended desperately. Rovers other scores came from Brian Mulvihill when finishing a good move up the left; a sweet point from dual county minor Stephen Quirke from almost 45 metres; and the last score of the half from Ross Mulcahy after Quirke had fielded magnificently to initiate the move.

In the 26 minutes of play from the time of Tommy Sweeney’s goal until the half-time whistle Ballyporeen would produce just a single point, from Conor Sweeney, after good work by John O’Callaghan.

At the break Rovers led 0-9 to 1-2 with both sides guilty of some very poor finishing in the opening half; Rovers kicking seven wides and Ballyporeen five.

The second half was all one-way traffic with Moyle Rovers putting the issue to bed very soon after the resumption.

Three minutes in David McGrath played an exellent long pass in to Diarmuid Foley who rounded his marker to blast past Jack English.

A minute later it was ‘black for Jack’ with the Ballyporeen keeper dismissed for hauling down Brian Mulvihill as he attempted to shoot. Mikey Sweeney went in to goal and his first task was taking Peter Acheson’s well-placed penalty from the back of the net.

Driven on by their captain Peter Acheson who was outstanding throughout in defence and in launching attacks, Rovers began to express themselves freely. Five points from play followed in the next 10 minutes from Liam Boland, Diarmuid Foley, county minor football captain Danny Owens, Conor Conneally and county minor hurling captain Stephen Quirke to put Rovers 2-15 to 1-3 up.

Ballyporeen’s only response in the opening 20 minutes of the second half was a well-worked point by wing-back Paudie Fitzgerald.

In fairness to the Bally boys they kept plugging away right to the end and in the last 10 minutes put three points on the scoreboard, including two excellent long range points from John O’Callaghan and county under 21 football man Tommy Sweeney.

Rovers, keeping the same 15 on the field from start to finish, tagged on five points of their own in the dying minutes including two from Stephen Quirke, one a difficult sideline free from 30 metres out, as well as white flags from David McGrath, Diarmuid Foley and Brian Mulvihill.

The winners will be happy with the unbeaten start to their group and will fancy themselves to win it now with games to come against Drom/Inch and Ardfinnan. Peter Acheson was their star with Stephen Quirke, Alan Campbell and Brian Mulvihill also prominent throughout.

Ballyporeen will have learned most though, fully realising that their limited panel will struggle against the top senior sides. However on the night the likes of Tommy Sweeney, Riain O’Callaghan, John O’Callaghan, Conor Sweeney and Mikey Sweeney, when he went in goal for Jack English had their moments.