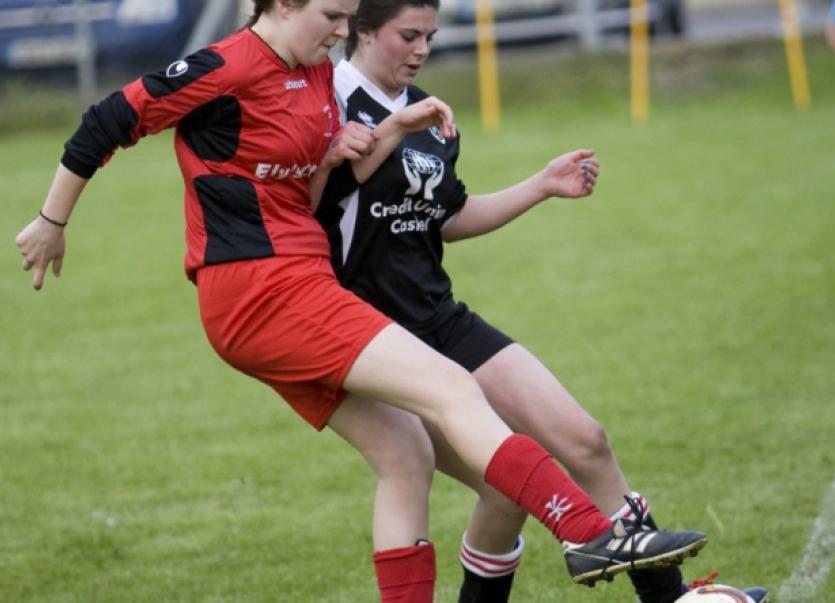 Last weekend saw the culmination of one of the hidden gems of sport in South Tipperary, when the TSSDL Schoolgirls season came to an end with three games in Cashel, including the u16 Tipperary Cup final.

Last weekend saw the culmination of one of the hidden gems of sport in South Tipperary, when the TSSDL Schoolgirls season came to an end with three games in Cashel, including the u16 Tipperary Cup final.

Lesser known than its schoolboys section, many people might be surprised when they hear that there are over 500 young girls aged from eight to 15 years old, across 36 teams and 11 different clubs, in four age groups who have been competing almost every weekend since last October in a league that only began four short years ago.

There was also a good spread of winners at the different age groups this year with Cashel Town performing the best as they won both the u14 and u16 Premier divisions and finished runners up in the u12 section. They didn’t have the same luck in the Cups however, and had to settle for victory in the u12 and 14 Shield finals, while they finished runners up in the u16 Cup. They were also the most successful team outside of the county, being beaten in the semi-final of the Munster Cup.

The next big winners were Killenaule Moyglass and Burncourt Celtic. Killenaule won the u12 Premier section and added the Tipperary Cup to complete a double, and finished runners up in the u16 Premier League. Burncourt had a double of their own, winning the u14 Championship section and adding the Tipperary Cup to cap a fine season. Cahir Park won the u12 Championship section and lost out to Killenaule in the Cup final, while Kilbehenny Celtic finished runners up in the u12 Championship, u14 Premier league, and the u12 Cup final. Not to be outdone, Peake Villa finished their season as u16 Tipperary Cup champions to ensure a very good spread of silverware across the clubs and to show that there is a wide range of good footballers right across the whole league. This has been noted by observers of the girl’s games in the past number of years, with a huge improvement in skill levels as the girls get more experience playing year after year. This will hopefully get the Tipperary girls recognition not only in their own league but on representative provincial teams and all the way up to international level in the near future. All in all, it has been another great year for girls soccer, and if you get a chance to catch a game when it restarts again in a few month’s time, you might be pleasantly surprised to see soccer played at its Corinthian best, with full blooded competitiveness and exemplary behaviour from the players, win lose or draw.