Tynan stars as terrific Tipperary march into All Ireland semi-final 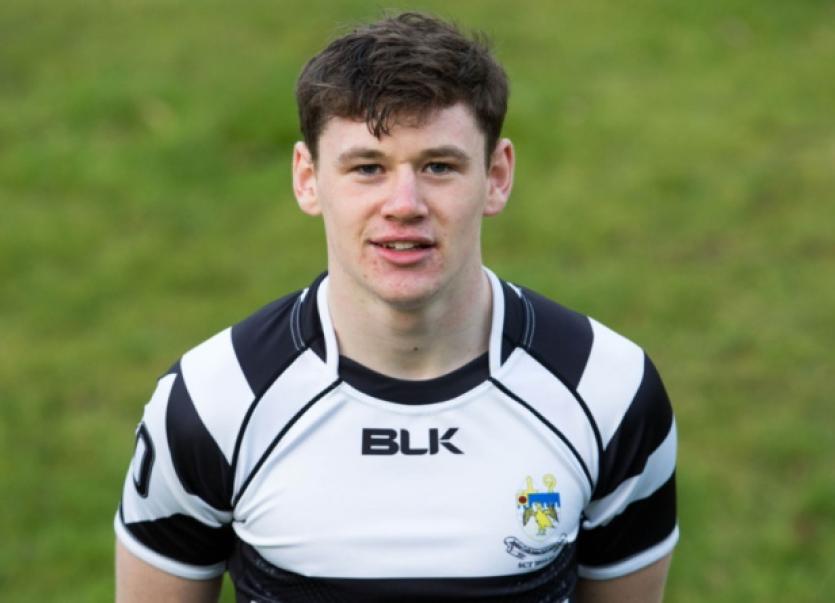 Tipperary football received another huge boost when the minors put in a battling performance to overcome hot favourites Galway in the All Ireland quarter final at Tullamore on Monday.

Tipperary football received another huge boost when the minors put in a battling performance to overcome hot favourites Galway in the All Ireland quarter final at Tullamore on Monday.

The reward for the great win is a semi-final date with Leinster champions Kildare.

They will try to emulate - and perhaps go better - than the under 21 footballers who reached the All Ireland final earlier in the year only to lose to Tyrone.

On Monday, playing with the advantage of a strong diagonal breeze in the second half, Tipperary turned a one point lead to gold when they produced the goods in the second half with Alan Tynan’s goal in the 53rd minute putting the icing on the cake.

Tynan was Tipp’s jewel in the crown. He scored 1-5, all bar three from play, and with scoring chances few and far between he was the cool head in the pack.

Fahy was a gem at centre back and his work was real worth as his never say die attitude denied the Galway side the advantage needed to cut the Tipp defence open.

Following a Munster final defeat to Kerry this was a welcome victory and a deserved one too as they faced a Galway side who were favourites based on their wins over Mayo and Sligo to collect a Connacht title.

Tradition would help too but from first whistle to last the Tipp boys showed little regard for tradition and it took just fifty seconds for Tynan to score Tipp’s opening point. Tipp looked very comfortable but were unlucky to see Brian McGrath hit the side netting from close in before Brendan Martin increased Tipp’s lead with a second point.

Helped by the breeze, Galway needed to get on the scoreboard but such was the close nit marking by the Tipp defence that the westerners had to wait until the fifth minute before Paudie McCormack scored their opener before Conor Marsden levelled with a free three minutes later.

Meanwhile Jack Kennedy had a scoreable free but his effort dropped short. Was it a sign of things to come. This was a worry as Galway were beginning to get into their stride. But the Tipp defence were sound where Liam Fahy, Jack Skehan and the lightening fast Tadgh Fitzgerald gave little away. The amount of times that Tipp turned over the ball in the tackle was impressive.

Meanwhile Galway lost Liam O’Ceallaigh through injury and was replaced by Patrick O’Domhnaill. The game went ten minutes without a score before Conor Marsden pointed a free after Galway danger man Paudie McCormack was fouled. Galway continued to keep the upperhand but missed too many chances. Meanwhile Brendan Martin was almost through on goal but the excellent Caelom Mulry produced a great block at the expense of a forty five which Alan Tynan converted to bring Tipp level at 0-3 each.

There were five minutes to half time. Tommy Nolan kicked wide but just on the stroke of half time, Alan Tynan produced a great individual score to see Tipp in the lead at the break 0-4 to 0-3. Galway hit back and following a great move they were denied twice, the first when Ryan Forde struck the crossbar before the rebound fell into the path of Patrick O’Domhnaill whose effort was well saved by Tadgh Fitzerald on the Tipp goal line. It was a let off for Tipp.

But Tipp were not going to allow a set back like that deny them. The second half was forty seconds old when Tynan pointed a free after Aidan Buckley was fouled on route to goal. Galway responded and after a litany of hand passes, Paudie McCormack hit the butt of the upright from close in before the ball rebounded into the greatfull arms of goalkeeper Charlie Manton.

Tipp survived another wake up call but that gave them the impetus to improve with every passing move and they eventually managed a point in the 40th minute through a Tynan free. Colm English increased the lead with a point from play and in the 43rd minute the lead increased to five after Brendan Martin scored a very good point.

Tipp were in the driving seat or so it seemed but Galway found time and space to pick up two scores, the first from John Daly in the 47th with Eric Lee adding another two minutes later. Anything could happen as Galway were beginning to find an extra yard but the Tipp defence remained firm.

Then a very good point by Jack Kennedy gave Tipp some breathing space. Nine minutes remained at the time and two minutes later the game was decided. The busy Emmett Moloney won possession on half way before sending Tynan off on a mazy solo run before the Inane forward tucked a left football ball low past the Galway keeper. At 1-9 to 0-5 Tipp could breathe a sigh of relief.

With their tails up they went for broke. Substitute Jamie Bergin wasted no time in taking charge as he added a point on his first touch. Tipp began to wind the clock down and in the 58th minute Bergin cut loose again and was odds on to score a goal but his effort was well saved by Galway keeper Ronan O’Beolain.

The save was too late for Galway but in fairness they never gave up and in added time they had the final score of the day with John Daly pointing a free. By then, Tipp were looking forward to their semi final date with Kildare and a chance to play in Croke Park, the first visit to Croke Park since their quarter final defeat to Mayo in 2012