Stunning comeback from Killenaule books their place in knock-out stages 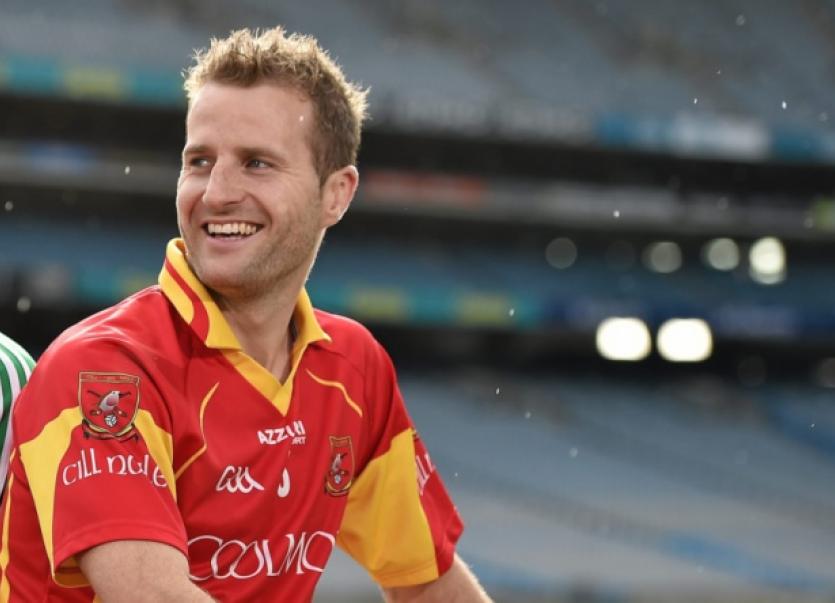 Just when it seemed their senior football year was all but over on Wednesday evening last at Monroe, Killenaule responded in heroic style to produce an amazing phoenix-like comeback.

Just when it seemed their senior football year was all but over on Wednesday evening last at Monroe, Killenaule responded in heroic style to produce an amazing phoenix-like comeback.

Trailing Kilsheelan/Kilcash by eight points 10 minutes into the second half, it looked ominous for ‘The Robins’ who needed nothing less than a victory to stay in the county race. It was impossible to see anything but a comfortable Kilsheelan win at this juncture. But magnificently, inspired by John ‘Bubbles’ O’Dwyer, Killenaule slowly clawed their way back.from the dead.

In time added-on and the sides level, Killenaule weaved one last movement through the Kilsheelan defence and from 30 metres out centre-back Kieran Bergin split the posts with the winning score. An amazing comeback was complete, and Kenneth Browne’s side had secured their place in the last 12 of the county championship later in the summer.

For Kilsheelan this was a stunning defeat. Just three days after their impressive South semi-final win over last year’s county finalists  Cahir, Pakie Larkin’s side were shell-shocked at the finish. They were cruising for most of the game, leading by four points at the break having played against the breeze. And when they rattled off four unanswered points in the first seven minutes of the second period, they looked home and hosed leading by 2-7 to 0-5.

Incredibly in the last 23 minutes of the game they added just a single point from a free while their opponents tagged on 1-7. They will struggle to figure out how they left this one behind them.

And the implications of this collapse for Kilsheelan may be significant. They now need to overcome hot-favourites Clonmel Commercials in the South final to get back into the county race (or depend on Eire Og, the Group winners, to double qualify by winning the West title, thus affording them an unlikely ‘wild card’ back in to the county championship). But what seemed almost in the palms of their hands for so long on Wednesday night last, now seems a little more distant and difficult. They will be kicking themselves for allowing it pan out like this.

Killenaule opened the scoring in the third minute with a Billy Barrett point. They wouldn’t lead again until the 61st minute.

Kilsheelan were soon up and running and led 0-2 to 0-1 after seven minutes through points goalkeeper Evan Comerford (free) and Mark Kehoe.

The Doyles then combined for Killenaule for an equalising point, Michael setting up Tony for a great leveller.

If their first goal was an individual effort the second goal in the 21st minute was pure teamwork. Evan Comeford’s kick-out was won in the air by Conor Davin-Murphy and a movement involving Eoghan Ryan, Bill Maher and Tommy Ryan ended with county under 21 player Paul Maher blasting to the net. At 2-2 to 0-3 Kilsheelan had their tails up.

In between the pair of goals Tony Doyle had kicked a free for Killenaule. His brother Michael, at corner-forward, then added two fine points in quick succession, the second after good work by an overlapping Stephen Browne up from defence.

Bill Maher who put in a storming first half ran through the heart of the Killenaule defence to make space for Mark Kehoe to tag on his second point. This left Kilsheelan 2-3 to 0-5 to the good at the break.

A seven minute blitz at the start of the second period with four points from Evan Comerford (free), Mark Kehoe, David Corcoran and sub Paul Denn pushed the gap out to eight and with the wind in their favour it looked like Kilsheelan could extend it even further.

An unlikely Killenaule comeback began with Eddie O’Brien’s 40th minute point. Then up stepped John ‘Bubbles’ O’Dwyer with three points in a row in four minutes, the last a free, to cut the deficit back to four points.

Killenaule were gathering a head of steam now and the goal they needed came 18 minutes in. Substitute Dean O’Connor cut through the Kilsheelan defence and linked up with Michael Doyle before blasting past Evan Comerford.

County hurling star ‘Bubbles’ O’Dwyer with a superb point from 30 metres levelled matters in the 51st minute but parity was short-lived when Evan Comerford kicked his third free into the wind from 40 metres just a minute later.

Killenaule then spurned a few chances. ‘Bubbles’ missed a handy 20 metre free and then a glorious goal chance fell to Paddy Codd but the midfielder blasted wide.

With a minute to play Bubbles made up for his miss with another excellent point to level matters once more. A draw would see Kilsheelan go through and Killenaule eliminated. ‘The Robins’ needed another score. With the clock on 61 minutes county hurler Kieran Bergin obliged finishing off a fine passing movement with a very sweet point for victory.

For Killenaule, after a shaky start, Jimmy Feehan and Stephen Browne were solid in defence, Paddy Codd and Kieran Bergin got through a lot of work in the middle, ‘Bubbles’ was the star in attack but the Doyles and substitutes Dean O’Connor and Cillian O’Dwyer all did well

Kilsheelan will be gutted at losing this one. Perhaps a second hard game in the space of three days caught up with them in the end. Tommy Ryan was excellent at centre back, Bill Maher put in a great first 30 minutes, while Mark Kehoe tooks his scores well.