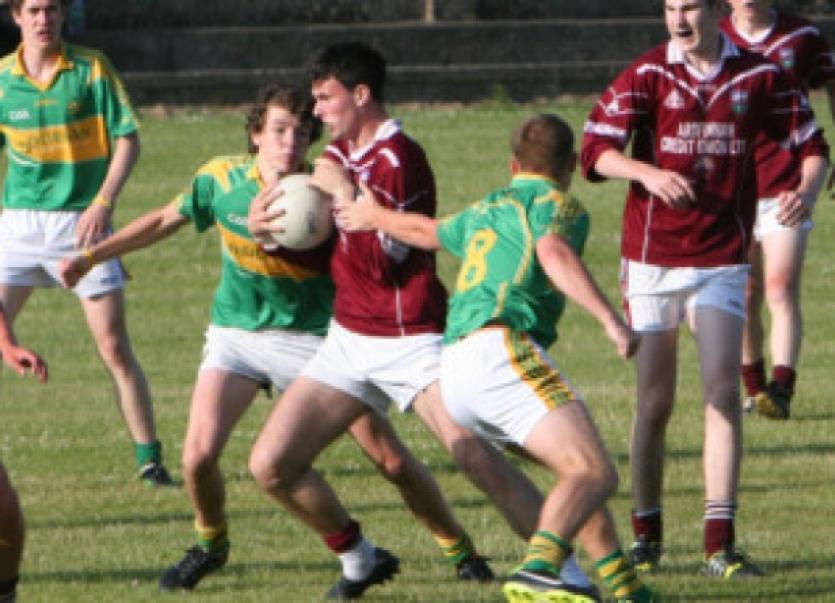 In the first of the Sureprint Minor Football A South Semi Finals Clonmel Commercials proved far too strong for Ardfinnan with an impressive victory in Kilsheelan on Sunday evening last.

In the first of the Sureprint Minor Football A South Semi Finals Clonmel Commercials proved far too strong for Ardfinnan with an impressive victory in Kilsheelan on Sunday evening last.

They now qualify for their fourth successive final appearance in a row having won 2010, 2011, 2012 titles

On the form shown in Kilsheelan they will be hard to stop with impressive displays from Sean Gunne, Kevin Fahey, Jack Kennedy, Ross Peters, Padraic Looram.

In the first half Commercials took off on a scoring spree scoring 1-8 without a reply with the goal from Jack Kennedy to leave the score at the interval 1-9 to 0-1,

Michael Nugent killed off any Ardfinnan revival hopes in the 35th minute he crashed to the net to put Commercials 2-12 to 0-2 ahead.

Ardfinnan rallied with two goals in the final five minutes, the first from a fast taking free by Tom Kirwan to Gerry Cronin who blasted to the net. The second goal was a Gerry Cronin penalty spot to leave the final score 2-18 to 2-3.