St. Kieran’s and Burncourt into final 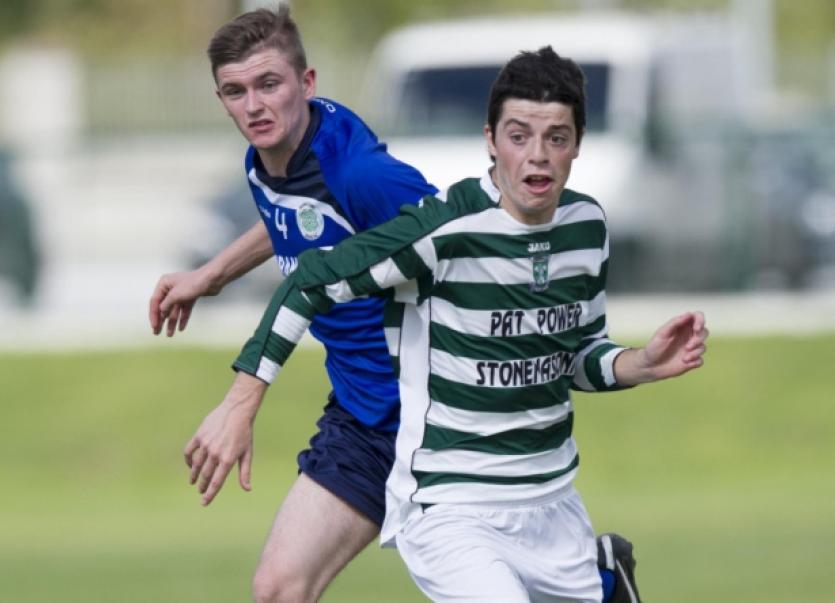 St Kieran’s secured their place in the third division Shield final with an good win over a stubborn Vee Rovers outfit. The first half was a predictably dull and tense affair, but Kierans opened the scoring in the second half when just past the hour mark, Stephen O’Neill finished from just inside the box after a good run and cross by Pa Cummins. With less than ten minutes left they doubled their lead through a Johnny O’Gorman tap in after the goalkeeper saved a Shane O Neill header. They eventually secured their berth in the final when Pa Fitzell hit a twenty five yard belter into the Vee Rovers net a minute later.

A very good game was only finished by the dreaded penalty shootout in Clerihan at the weekend, as Burncourt booked their place in this year’s Shield final. The game was exciting though lacking in any real chances until Michael Hickey broke the deadlock for Burncourt after half an hour. They kept this lead until the fiftieth minute when a Craig Condon header equalised for Clerihan. This is how it finished after ninety minutes, but Burncourt retook the lead ten minutes into the added period when Johnny Mc Mahon scored from the spot. This looked like being the winner, but Shane Foley again levelled matters with a score direct from a corner kick to bring the game to a shootout. Alas the home sides luck finally gave out here and Burncourt were much to more accurate to set up a final place against neighbours and rivals St Kieran’s.