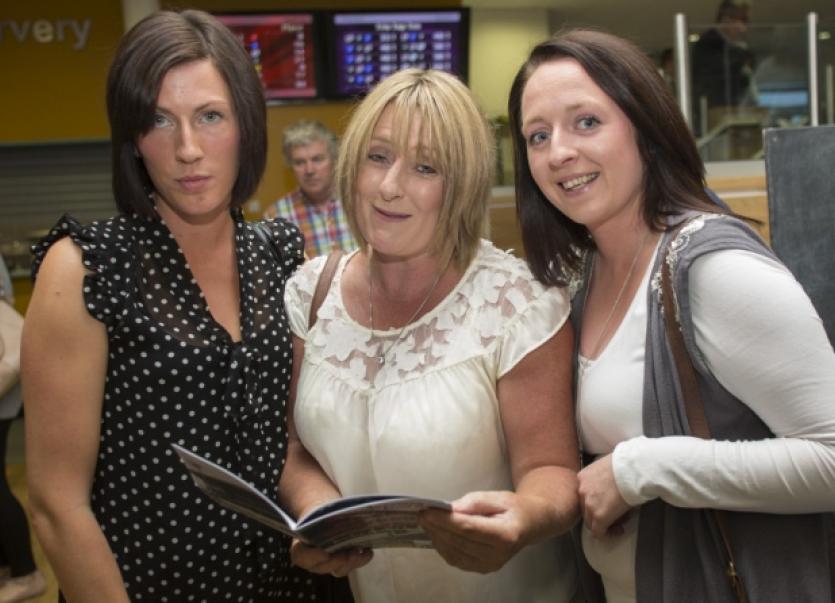 The Davis Road track continues to provide top class Sunday racing and this latest offering was fit to rank with the best with a number of outstanding performances posted.

The Davis Road track continues to provide top class Sunday racing and this latest offering was fit to rank with the best with a number of outstanding performances posted.

The feature event was the final of the very successful €2,200 to the winner Track Supporters Club A1/2 Stake which was won in brilliant style by the odds-on favourite Skywalker Farloe whose exploits in running unbeaten through the event have stamped him as a greyhound of exceptional pace and staying power.

The son of Skywalker Ace and Final Orchid was completing a treble on the night for trainer Frances O’Donnell and is still in the ownership of the Patterson-Byrne- O’Donnell Syndicate despite reports to the contrary. The Owen McKenna trained Vito Wal led from the traps but the favourite was always handy and took control down the far side before stretching away from his rival to take the nice pot very impressively by three and a half lengths with Lughill John staying on well for third place a length and a half adrift. The winning time was a superb 29.66 just a spot outside the winner’s first round clock and only six spots outside the track record of 29.60 set in January last by recent Irish Derby runner-up Cabra Buck.

It was very much a case of “O’Donnell Abu” on the night as the Killenaule handler had earlier got her evening off to a cracking start with a very impressive double from the young siblings Skywalker Apache and Jacks Ace who gained their maiden victories in eye-catching style with excellent clocks of 28.75 and 28.84.

Four second heats of the 3,450 euro to the winner Sean Organ Memorial & TSC Stake kept the pot boiling and fastest first round winner Pippy which again scored cosily in 28.73 still looks the one to beat although the career best 28.77 run of the fast improving Durrow Abbie in the final heat was equally impressive.

The evening got off to a cracking start with a most impressive performance from Skywalker Apache which led from Unusual Account off the opening bend. The pair were well clear of Early Style on the back straight with the O’Donnell runner in command. At the line he had three lengths in hand of a gallant rival which ran the race of his life and Riverside Swift ran on to take the third place some six and a half lengths adrift of the principals. Raymond Patterson’s charge clocked a brilliant 28.75 to open his account at the second attempt.

Monabrogue Rock was soon in front and went on to make the running but was all out to hold the strong challenges of Arrigle Cody and Garryvoe Jet in an exciting finish. Arrigle Cody pressed the leader all the way and Garryvoe Jet was doing his best work in the closing stages. The margins were a head and half a length and the winner clocked 30.39 to gain his fourth career success for Liam Coady.

Jacks Ace owned in Rathfarnham by Jack and Larry O’Shea and a comrade of the opening winner was always to the fore and surged clear of his rivals to defeat Mr. Brightside by four lengths and complete a quick Frances O’Donnell double. Christys Jade finished fast to take the third spot just half a length in arrears of another impressive winning puppy whose clock was a smashing 28.84.

Coolavanny Cushy owned and trained in Castleisland by Noel Browne was first to show and made the bend in front of Dreaming Blue and The Other Niamh before keeping on strongly to account for strong finisher Brunswick Jenny by a length in 28.89. Dreaming Blue stayed on for third a length and a half back and the leading trio finished six lengths clear of their rivals.

Fastest first round winner Pippy continued to set the pace in this top stake by making most of the running to defeat the fancied Airforce Houston by two lengths in 28.73 just six spots behind her first round run. Southeast Suzie finished well to take the third qualifying place two and a half lengths back. Pippy was gaining her ninth career victory for Thurles enthusiast Mary Kennedy and remains the one they all have to beat to claim the handsome 3,450 euro winner’s prize.

Local hope Secide set out to make all the running in the red jacket and was only denied in the final strides by a fast finishing Shunters Gizmo which was due a win following a few fine runs in narrowly failing to qualify for the 550 Stake final. The son of Scolari Me Daddy trained by Jim Scully for Richard G. Kearns equalled his previous best time in clocking 29.09 to gain a fifth career win. Gunite Basil finished well in third place for

Graham Holland who had little luck on the night with his big team of fancied runners.

A beaten favourite in the first round Churchtown Tip again headed the market and losses were recovered as the daughter of Flying Stanley trained by Denis Fitzgerald for Cloyne owner Michael Crotty gave a career best display by coming home four and a half lengths clear of The Other Diane with market rival Forrachmore a neck back in third place.

Churchtown Tip stopped the clock in 28.95 to gain a sixth career win.

Durrow Abbie was noted putting in a fine run behind Pippy in the opening round and going off an even money favourite she posted the best run of her career in imposing style.

Owned in Tullamore by The Uibh Fhaili Syndicate Durrow Abbie stopped the clock in a smashing 28.77 and is now a leading candidate for outright honours. The winner romped home by four lengths from Christys Gold and Trumpers Lexi who were separated by a head.

Two sprints produced the top performances on an all graded and generally uncompetitive card that yielded winning margins of four lengths or over in half of the evening’s events.

The consistently fast starter Stag Park Wood reverted to the minimum distance for The Suirside Restaurant S1/S2 Race and produced the best display of the session by making all the running in the orange jacket to defeat the favourite Movealong Duty by a neck in the evening’s most exciting finish. Movealong Duty threw down a major challenge to Stag Park Wood in the dying strides but just failed to get there and the winner, a son of Kells Piper, held on to gain a sixth career win for Richard Pigott and complete a fine double for Mitchelstown owners following the earlier success of William Barrett’s Mulberry Ace.. The winning time was a very useful 16.31 just nine spots better than was recorded by Dynamite Kid which had streaked to an eight and a half win in an earlier event for runners graded S6/S9.

Granada Sid gained an overdue win when taking the final event by six lengths in 29.16 to

post the fastest run over the standard trip whilst veteran Longwood Jack was another to get back on the winning trail by making all to take the 550 event in 30.60.

Early Charmer came in as a reserve in trap two, went off the 4/5 favourite and said goodbye to his rivals at the opening bend before romping clear to defeat Parkland Lass by fourteen lengths in 29.50. The son of Blackstone Gene owned by Bridget Moloney in Poulmucka was breaking his maiden at the fifth attempt.

This was very much a replica of the opener as Dynamite Kid was a reserve in the blue jacket, she also went off at odds-on and had her rivals floundering from trap rise as she flew come home eight and a half lengths clear of Wise Little Owl with Grove Ryan Vixen four and a half lengths back in third place.

Funcheon Kudos, despite being slowly away, completed a hat trick of winning odds-on favourites by leading at the first bend and striding clear to account for Copper Lodge and Good Act by three and a half and five and a half lengths in 29.50.

Mitchelstown enthusiast William Barrett saw his easy to back 3/1 chance Mulberry Ace follow up on her recent A7 success with a flying finish that got her to the front just before the line to account for the always prominent Johnnys Glory and Kims Delight by half a length and the same in 29.96.