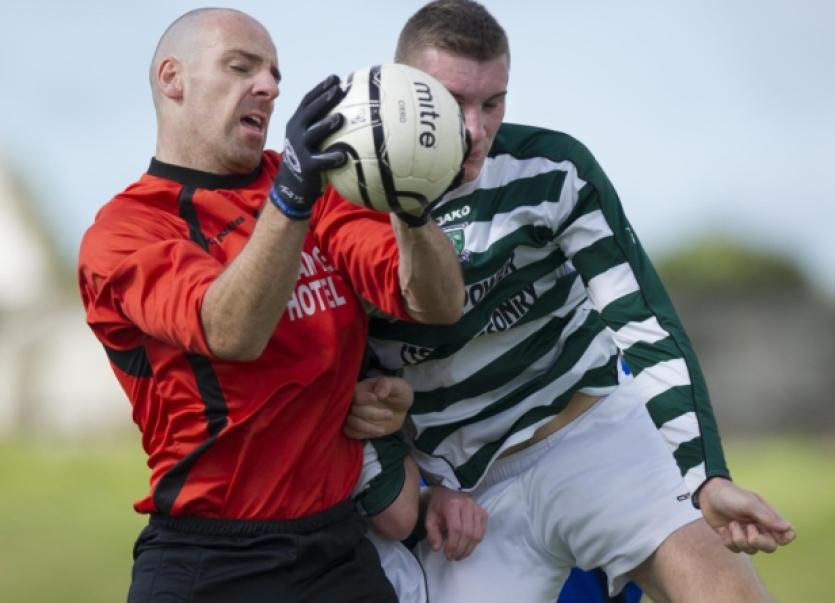 Peake Villa took on Suirside in this Shield semi-final up at the Tower Grounds, Thurles, on Sunday and went down to the visitors after a penalty shootout.

Suirside started best and went one up in the eight minute with a goal from Darren Sweeny. Villas Tom Rykala levelled the game three minutes later and he put the home side in front minutes before the break. Half way through the second half, Sweeny scored again for Suirside, this time from the penalty spot, and the teams could not be separated again before the finish. Neither could two periods of extra time settle the tie, so it went to a shootout, where the visitors were much the more accurate winning by three goals to nil.

Dualla booked their place in the second semi-final with a good win over the Cullen Lattin seconds. Two goals either side of half time, the first from Bart Kaczorek on forty four minutes and the second from Robbie Harris on forty eight effectively sealed this tie. Mickey McDermott put it beyond all doubt just after the hour and the home side coasted to an easy win.